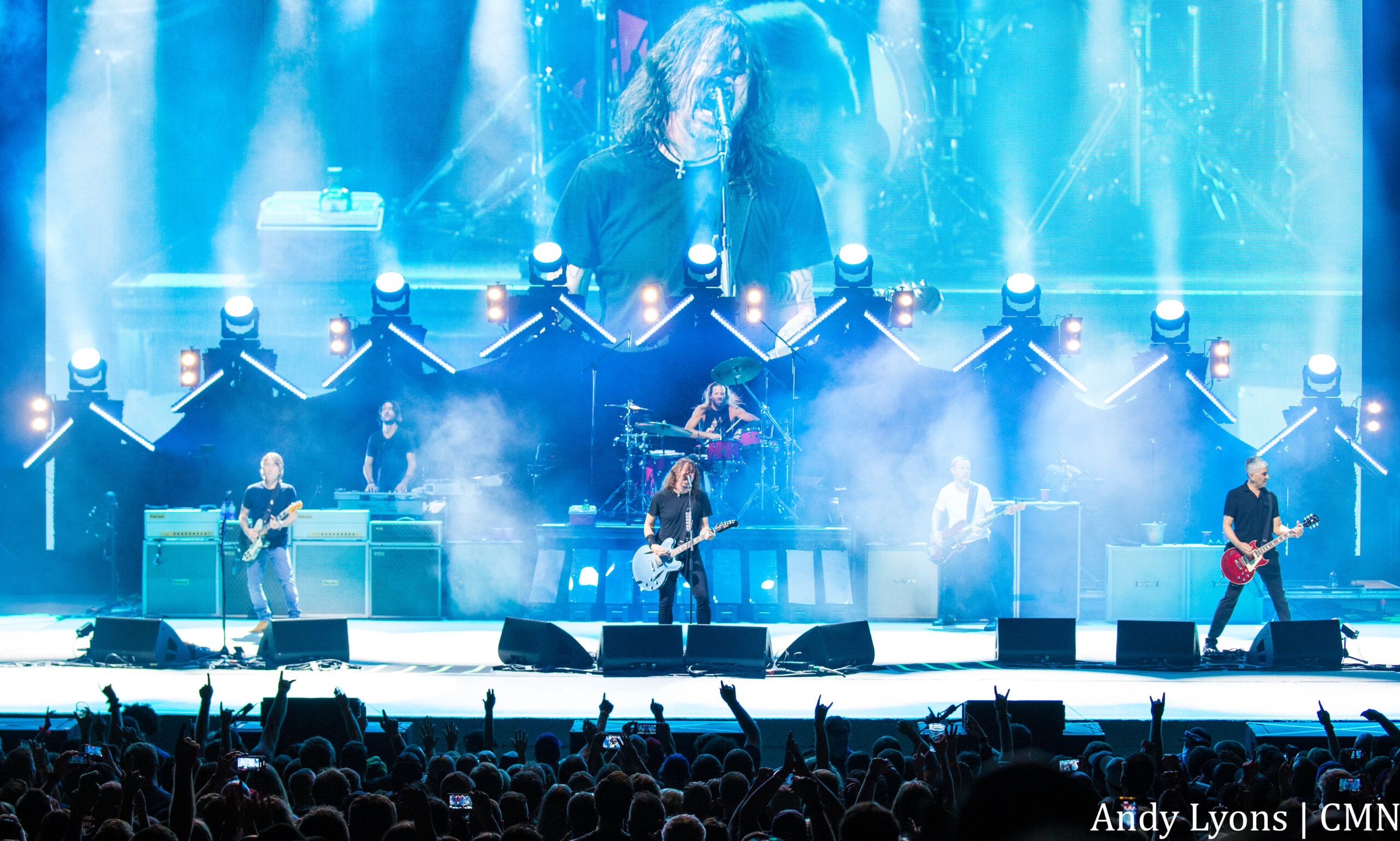 Since the Covid-19 pandemic began, fans worldwide have been clamoring to get back to a live concert in person. Concertgoers in the Kansas City metro got their fix when the Foo Fighters returned to the Azura Amphitheater in Bonner Springs, Kan., last Thursday.

The Dave Grohl-fronted band has long been the embodiment of rock n’ roll. During the pandemic, Grohl made headlines with a cross-country drum battle against 10-year-old Nandi Bushell and when the Foo dropped their latest album, “Medicine at Midnight,” in February.

As the vaccine became more readily available, it seemed the country would open up again, and Foo Fighters announced a U.S. tour in June. They opened the tour with a sold-out show at the legendary Madison Square Garden in New York City and have been making headlines each show with special appearances or hijinks from the rockers on the day of the show, and they kept it going in Kansas City.

The Foo have made it a tradition to troll the Westboro Baptist Church protesters who always show up outside the KC-metro venue where the group is playing, and this trip was no different. Before the show, the group dressed in their favorite disco dancing gear, loaded up into a flatbed truck and gave the protesters their own private concert of the BeeGee’s hit song, “You Should Be Dancing.” Later, Grohl would tell the tale of how one lady with 10 signs actually started to dance to it before the group played it again on stage.

The show for a nearly sold-out Azura Amphitheater (Sandstone to the KC faithful) had all the big moments fans have come to expect at a Foo Fighters show. Grohl is a seasoned showman and loves to work the crowd, constantly asking if they could take one more song, five more songs, 10 more songs, even as the clock ticked closer to 11 p.m.

Nearly an hour into the set, Grohl introduced the band members, which included solos from guitarist Chris Shiflett and bassist Nate Mendel. While introducing guitarist Pat Smear, Grohl revealed it was his birthday and the group did something special for him. On screens behind the stage and around the Amphitheater, a slideshow played photos of Smear as a child and his early career across the ‘70s, ‘80s, and ‘90s. They also showed a short clip of Smear with hair to his chest and bellbottoms in the background of a Prince song — a clip that had fans laughing.

When it was time to introduce drummer Taylor Hawkins, Grohl asked him how he was going to top that, and Hawkins responded by having Grohl get behind the kit while he absolutely nailed a cover of Queen’s “Somebody to Love.”

Grohl antagonized the crowd to sing any song they knew the lyrics to, saying, “when we hear you singing it too, we love that shit.” Throughout the set, he would toss the vocals to the crowd completely, leading to tear-inducing moments while fans took the melodies on “My Hero.”

While talking about how the group stopped having fans on stage during the show — Grohl said “it started to become like the ‘Price is Right’” — he broke his own rule by inviting up a young lady named Lauren, who ripped the guitar for “Monkey Wrench.” The crowd went ballistic for her and when finished, Grohl poked some fun and told her to stay in school and go have a Diet Coke. He also shared a moment with his daughter, Violet, who was part of the backup singers for some of the group’s newer songs, by inviting her on stage for a cover of X’s song “Nausea.”

Hailing from St. Joseph, Mo., opening band Radkey got the crowd well lubricated for Foo Fighters. The three-piece outfit of brothers have played stages around Missouri for years and it was cool to see them on the big stage. They opened up a little stiff but got more comfortable through their set and had fans clapping and throwing metal horns as the beer started to flow at Sandstone.

Love them or hate them, Foo Fighters are a staple and proof that rock n’ roll is alive and well. Some fans who attended the Bonner Springs show said it was one of the best concerts they have ever seen. In a time heightened by Covid, it definitely served its purpose of bringing people together and letting them forget about everything for a few hours spent at the church of rock n’ roll. All-in-all, the show was a great reminder of life before the pandemic and how it can be after.