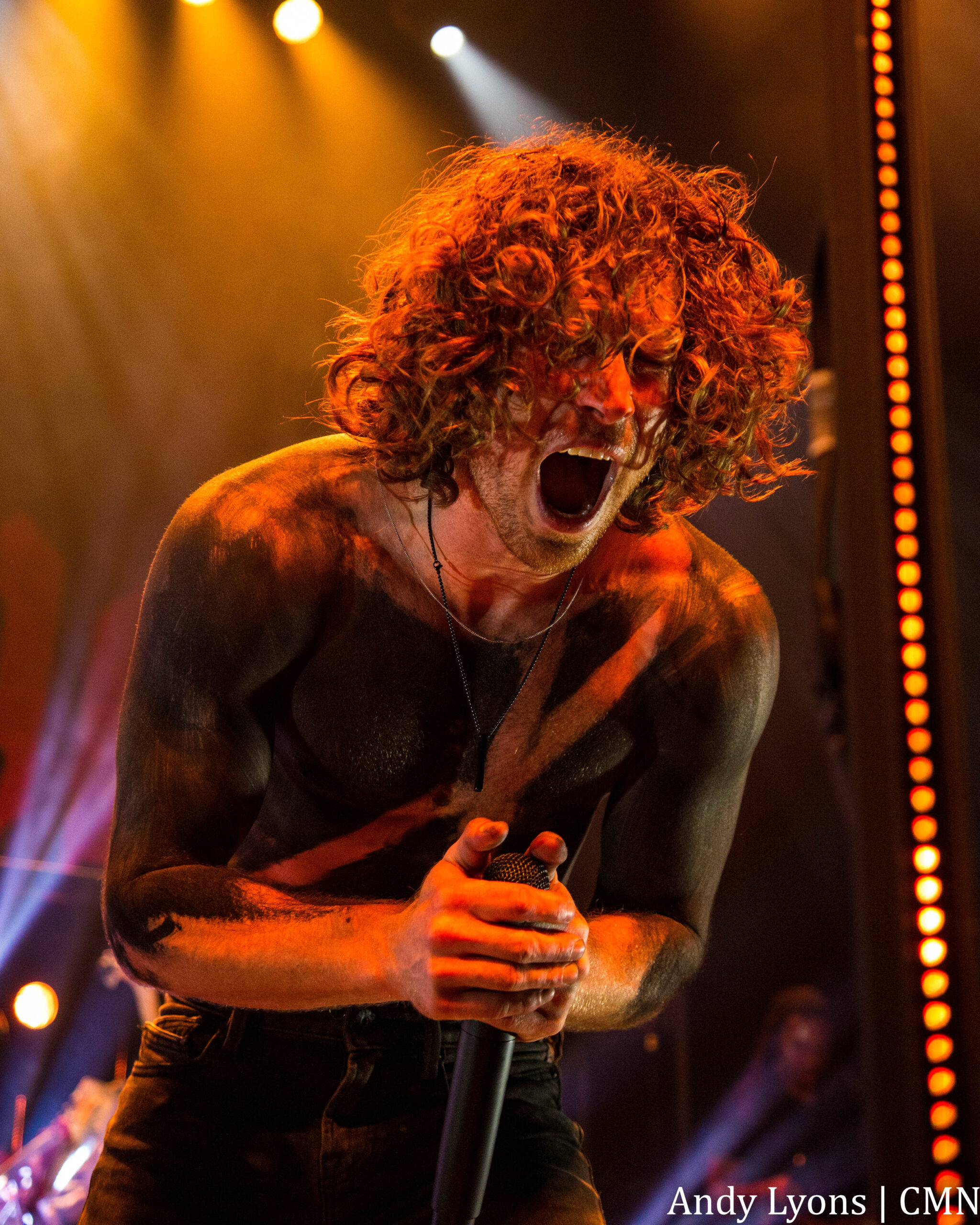 As the U.S. returns to some sense of normalcy following the Covid-19 pandemic, one of America’s favorite head-banging pastimes has returned with it. Concerts are back! Following a spattering of shows and canceled tours for the past two years, arenas and amphitheaters all over the country are filling up, drinks are flowing, and live music has come back.

Rockers Nothing More returned to the stage Friday night when they kicked off their first tour since the fall of 2019. After having to reschedule their tour from 2021, they launched a co-headlining tour with Asking Alexandria at the Uptown Theater in Kansas City, Mo., with support from Eva Under Fire and Atreyu.

Late in the evening, the tension was high and the crowd was ready. As the lights went up on the stage, Nothing More exploded into their first song, the live debut of their single “Turn It Up Like.” The anticipation of getting back to action was shared by both the crowd and the band. Frontman Jonny Hawkins, his body painted black with white streaks, was a ball of energy. He spent the night running back and forth on the stage, leaning into the crowd for high fives and fist bumps, and climbing the band’s famous “Scorpion Tail” drum for Hawkins to join in the percussion.

Nothing More put on a hell of a show, even with their pandemic-lengthened hiatus from the stage. The crowd was explosive, with headbangers and crowd surfers throughout the set. Bassist and backup vocalist Daniel Oliver found his groove early and made it a point to make faces at the crowd and step out onto speaker stacks at the stage front to keep fans fired up.

The group finished their set with a fan-favorite song, “This is the Time (Ballast),” which was more of a singalong than anything. As lasers and smoke went off, the crowd’s harmonized singing was almost as loud as Hawkins’ coming through the speakers.

Nothing More is one of the best current live rock bands, and they picked up where they left off nearly two and a half years ago without a hitch.

Asking Alexandria closed out the night, hitting the stage at nearly 10:30 p.m. But the crowd was ready for them, well-lubricated from three bands before them and plenty of libations of both an alcoholic and herbal variety. The group hit the stage like a sonic wall, with guitars and bass coming in big. Frontman Danny Worsnop made his way across the stage, kneeling down almost eye to eye with fans on the front rail and keeping the crowd in a frenzy.

Eva Under Fire opened the night with a high-energy set that saw lead singer Amanda Lyberg doing high kicks and jumping up and down to get the show off on the right foot. The group is a mix of artists from Detroit and staked their claim as an up-and-coming group to watch when they took the stage in KC.

Atreyu followed Eva Under Fire and kept the energy level high with a ball-to-the-wall 35-minute set. Frontman Brandon Saller worked the crowd like the veteran of more than 20 years he is, continuously beckoning to the pit section and pointing while the band jammed. Bassist Porter McKnight’s wild red beard whipped as he headbanged and slung his bass around, eliciting metal horns and cheers from the crowd.

The tour features two of rock’s biggest contemporary bands, Nothing More and Asking Alexandria, and features support from vets Atreyu and up-and-comers Eva Under Fire. It’s the perfect amalgamation of rock to get fans feeling like themselves when they head back to their favorite venues this summer. The show helped Kansas City knock some of that pandemic-caused rust off and start a summer of live music in spectacular fashion.

Be sure to follow Nothing More on Facebook for more news about their upcoming album later this year.

View our gallery below, and extended gallery of photos for the show by visiting our SmugMug.