LATEST NEWS
04:14 AM
Home Entertainment Music Quite Frankly kicks off summer with new video for “blue/red” 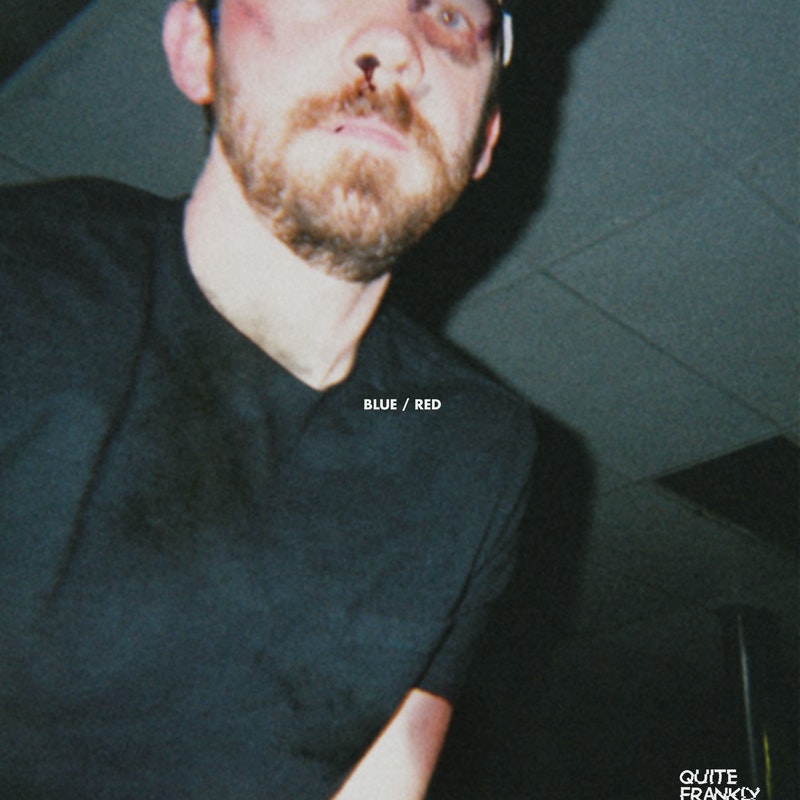 Quite Frankly kicks off summer with new video for “blue/red”

Kansas City’s youngest rockers kicked off summer with a new video, ushering in a sleeper hit that coincided with the end of the school year and offered some hope as Americans celebrate Memorial Day Weekend with relaxed mask rules.

All but one member of Quite Frankly are still in high school, and the group dropped a music video for the original song “blue/red” at midnight Friday. The video, shot entirely with iPhones, takes place on top of a parking garage a few blocks south of I-70 in downtown Kansas City with some notable landmarks such as Kauffman Center for the Performing Arts and Bartle Hall as the backdrop.

Throughout the video, each member gets more and more beaten up while the lyrics advance a narrative of the power struggle in a relationship — with the other person holding all the power. The idea to have the bruises get worse as the relationship/song moves forward came from bassist Scout Matthews’ mother, MJ, who also manages the band and is an SFX artist.

When it came to picking the location, director Griffin Davis said it was a great spot to highlight Kansas City.

“The parking garage provided a great backdrop to showcase where we are from, and it gave us creative freedom with fun light leaks at sunset,” he said. “We also had lots of room to play up there. #KCLoves represents the idea that this city is filled with creative people, and we all choose to make this city our home. So that was also a cool backdrop.”

The idea to film the video exclusively on iPhones came from Davis, who said the group decided to pair the video’s release with the Moment Invitational film contest. The rules of the film contest require the use of phones and drones only to make the video.

The track itself is somewhat of a callback to the anthemic rock of the late ‘90s and early 2000s. With a catchy hook from guitarist Eli Peterson and dueling vocals from Carolyn Armstrong and Jolson Roberts, the song has a depth that many contemporary bands can only strive to find.

“If we’re talking influences and how the song came about, we didn’t have a whole lot of intention with it at first, to be honest,” he said. “It led us more than we shaped it. So it took on this kinda late ‘90s, early ‘00s rock vibe, like Smashing Pumpkins meets Silversun Pickups. That sound felt super organic, like something my older sisters had showed me when I was younger.”

“This particular song was created very spontaneously while Jolson and I were warming up for practice in my basement,” Peterson added. “I played a little riff and we went from there. The inspiration for the words came from Jolson’s experience in his past relationship.”

Lyrically the song shows a paradigm shift for Quite Frankly, who have been playing since early high school or middle school. While they play covers and originals during their live sets, “blue/red” puts their coming-of-age on full display.

“Quite Frankly is in this unique position where most of its members started this when they were very young, like early high school or even middle school young,” Roberts explained. “Back then, it was easy to market them as a kid band, and their age was a big draw. Ya know, like ‘oh come see these kids, they’re in middle school, but they’re playing Rush covers,’ sorta thing. But when I joined this band, I had freshly moved out for the first time, was starting my first semester of college, by all accounts beginning adulthood.”

“So I was never really gonna lean into the kid band thing, I really wanted to move into the next phase and just be… a band. When we started writing this next tune, the band’s lineup had changed pretty drastically since I had started and again I felt like the vision was shifting. I wrote most of the lyrics alone in my bedroom, and I think that lent itself to far more personal writing. In this case, it let me explore a toxic relationship I had recently gotten out of, and all the baggage that comes with that. So I guess it is darker than most of the old stuff QF has released, but I just wanted it to be an honest song and that’s what I was going through at the time.”

“Yep, she messed with Jolson’s head, but we got a great song out of it sooooo maybe a Grammy, recording contract, MTV calling, would make it all worth it,” Matthews added.

The song’s anthemic feel can be attributed to both solid production and the way the group worked the perspective into the dual vocals of Armstrong and Roberts with the intersecting parts of the song.

“So with the lyrics, Jolson wrote the verses and part of the chorus,” Armstrong said. “I actually wrote my part of the chorus. When we were thinking of lyrics and melodies for the song, Jolson and I put the lyrics in two different places. When we played around with it, we decided it was cool to have these two chorus lines. Then for the verses, we just split them up evenly. I did not play a big role in the musical arrangement, but I knew when I heard it that this could really be something.”

The video release of “blue/red” marks the start of a busy summer for Quite Frankly. Their next show is June 9 at The Scene Rock Bar in Kansas City opening for Liliac, followed by a show at Josey Records on June 12.