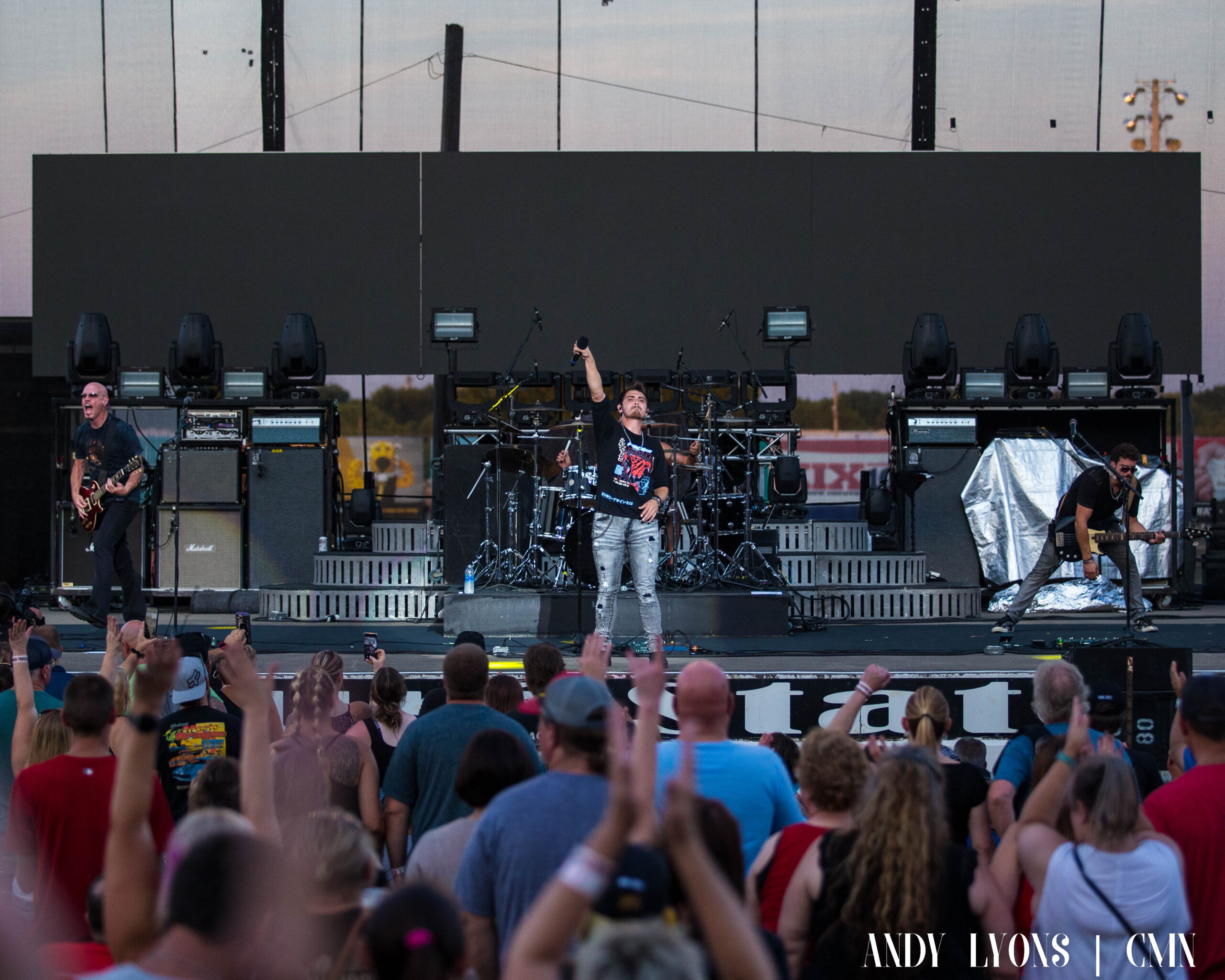 The grounds of the Missouri State Fair were filled with screaming guitars and thundering drums Friday night as rockers Fuel opened the stage for classic rock legends Tesla.

Fuel has undergone a multitude of lineup changes since finding mainstream success in 1998, but in 2020, founding members guitarist Carl Bell and drummer Kevin Miller came back together to release a new album, “Anomaly,” which debuted last summer.

As fans were still filing into their seats, Fuel took the stage and played a high-energy set that had people on their feet from the first chord. With the latest iteration of the band, Bell and Miller added 27-year-old John Corsale at lead singer — and whether it’s youthful exuberance or master showmanship, Corsale gave his all to the crowd on the humid Friday evening.

The group played a 45-minute set as the sun went down behind the Midway, hitting highlights from across their more than 20-year-old catalog. They played a couple of songs from their 1998 debut album “Sunburn,” including the eponymous track and “Shimmer,” which peaked at number two on the Billboard Modern Rock Tracks charts in 1998.

Fuel played their newest single, “Don’t Say I,” late in the set and followed it by closing with the band’s biggest single, “Hemorrhage (in My Hands).” Throughout the set, fans in the track section were on their feet, pumping their fists and singing along like it was 1999.

Throughout the set, Corsale and guitarist Mark Klotz were all over the stage, making faces to fans up front and beckoning the crowd to get louder and join in on the action. Fuel has been featured on the radio for more than 20 years, and fans had no qualms matching Corsale’s vocals during the show, adding to the fun atmosphere of the Grandstand.

As they finished their set with “Hemorrhage (in My Hands),” the group went into an extended jam session playing the song’s hook while each member hammered their instrument. As they finished, Miller pounded the drums from a standing position, sat behind his kit and finally pulled back his drumsticks and launched them into the track seating as Corsale thanked the crowd.

Opening acts play a vital role in the concert experience, especially as fans return to stages following two years of absence amid the pandemic. The opener should get the crowd involved and well-lubricated (more so when the beer starts flowing) in preparation for the closing act. Fuel did a great job by playing a veritable greatest hits set that had people out of their seats and singing along. The group is poised for a return to their status from the late ‘90s and early ‘00s with a sound and attitude that can still resonate with fans new and old.

Concerts continue this week at the Missouri State Fair, view their website here. View our extended photo gallery of Fuel by clicking here.