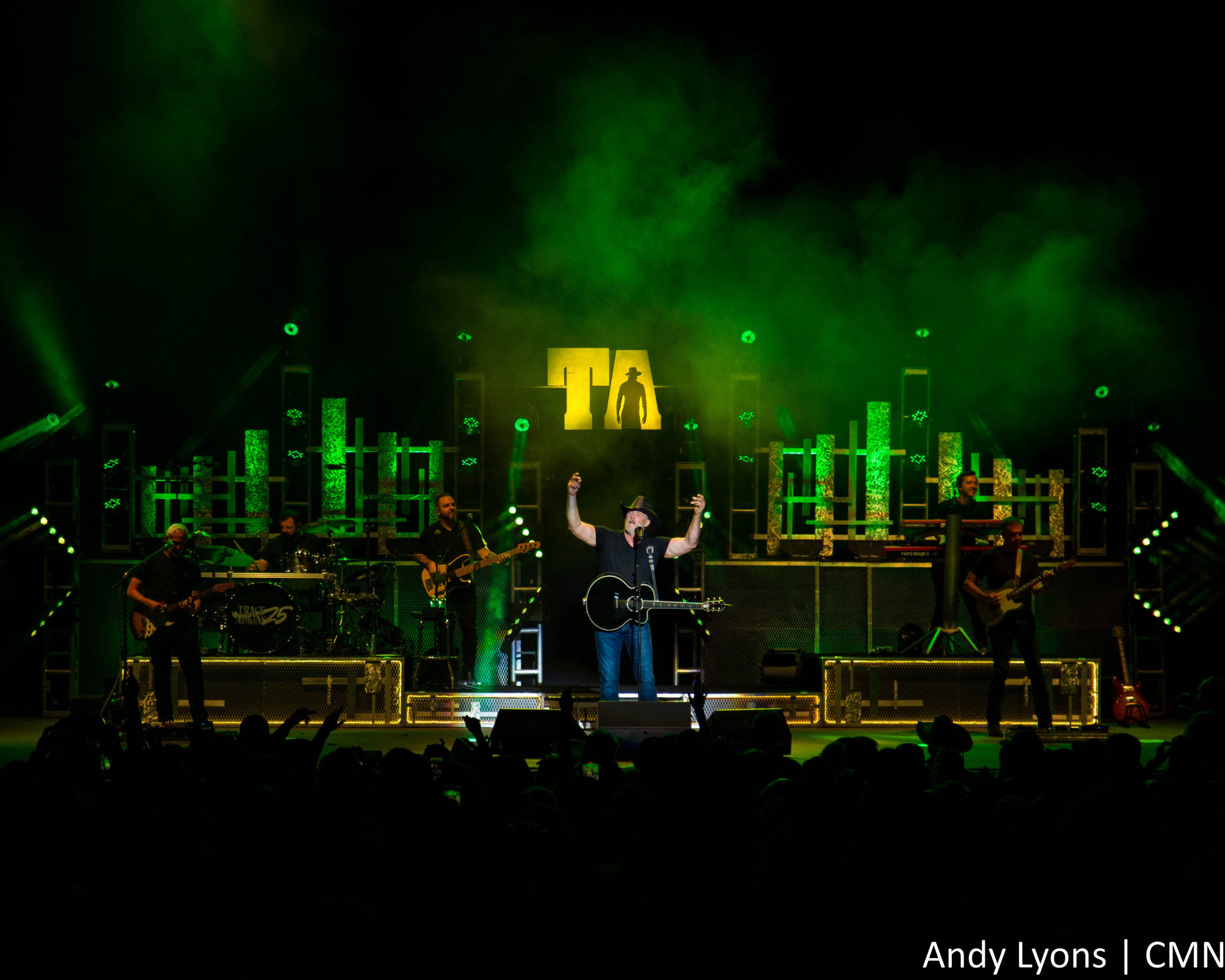 The 2022 Missouri State Fair kicked off Thursday in typical fashion — there was the opening ceremony, the parade, and, of course, live music filling the air as the sun set over the Midway.

While there are multiple stages across the fairgrounds, none has the same draw as the State Fair Grandstand. Trace Adkins was in Sedalia, Mo., to kick off the concert series with support from Lonestar and the two played a high energy show to get the Fair ready for 10 days of “buckets of fun.”

As the lights went down, smoke machines and blue lights gave the stage an ethereal glow. Adkins’ band took the stage first and the crowd at the Grandstand hopped on their feet and erupted as the 6-foot-6 Adkins took the stage dressed in all black, with a black cowboy hat casting a shadow over his face.

Adkins’ set was anchored in his showmanship. He told the crowd he knew Lonestar, the opening band, from his days of playing honky-tonks in Texas before heading to Nashville in 1992. With more than 30 years of practice, Adkins’ stage presence shifted from playing guitar alongside his backing band members to telling the crowd some of the stories behind the music.

Late in the set, Adkins was talking about his 2021 album, “The Way I Wanna Go,” and made some jokes about the collaborations on the album. He said he kept calling people and they kept saying yes, which led to artists such as Snoop Dogg and Keb’ Mo’ being on the album. “And then Blake called me, yeah he called me about it,” Adkins joked. “I didn’t want to do it but he’s sensitive.”

When he mentioned the hit single “Where the Country Girls At,” Adkins sounded bummed because he could sing the Luke Bryan parts but didn’t have Pitbull available. Keyboardist Brent McCollough volunteered and after some back and forth they dove into the song to a wild applause from the crowd.

Toward the end of the night, Adkins closed his set with the hit single “Honky Tonk Badonkadonk” and the crowd went ballistic. People held up their beers and danced in aisles in what amounted to massive singalong. After about a minute-long break, he finished the night with the titular single “The Way I Wanna Go.” Before the song, he shared his parting thoughts with the crowd saying “we need to take care of each other cuz ain’t no one else gonna do it.” Another singalong ensued and as the set finished, Sedalia was gifted a fireworks sendoff to close the first night of the Fair.

Openers Lonestar got the night started early. The evening weather was beautiful with a nice breeze as fans filled in the track section of the Grandstand. The group has had more than 20 singles hit the Hot Country Songs chart including nine that reached number one. The set was essentially a greatest hits compilation with plenty of highs and lows.

Similar to Adkins, the group has been around since 1992 and has spent plenty of time in Texas honky tonks and playing stages all over the country. Frontman Drew Womack and keyboardist Dean Sams flicked guitar picks into the crowd and made it a point to wave and smile at fans close to the stage.

Midway through their set, the group played their Sept. 11 tribute song, “I’m Already There.” Fans sang along and more than a couple were moved to tears by the touching song. They followed it with a cover of Marc Cohn’s “Walking in Memphis” that immediately shifted the mood of the crowd and had people dancing.

Late in the set, they brought it all the way back to 1996 for their first number one single “No News.” The crowd got to their feet and sang along and cheered as the band shifted into a medley and singing the Beatles’ hit “Get Back.” Lonestar closed their set with another hit, “Every Time Our Eyes Meet,” and had people swaying and again singing along.