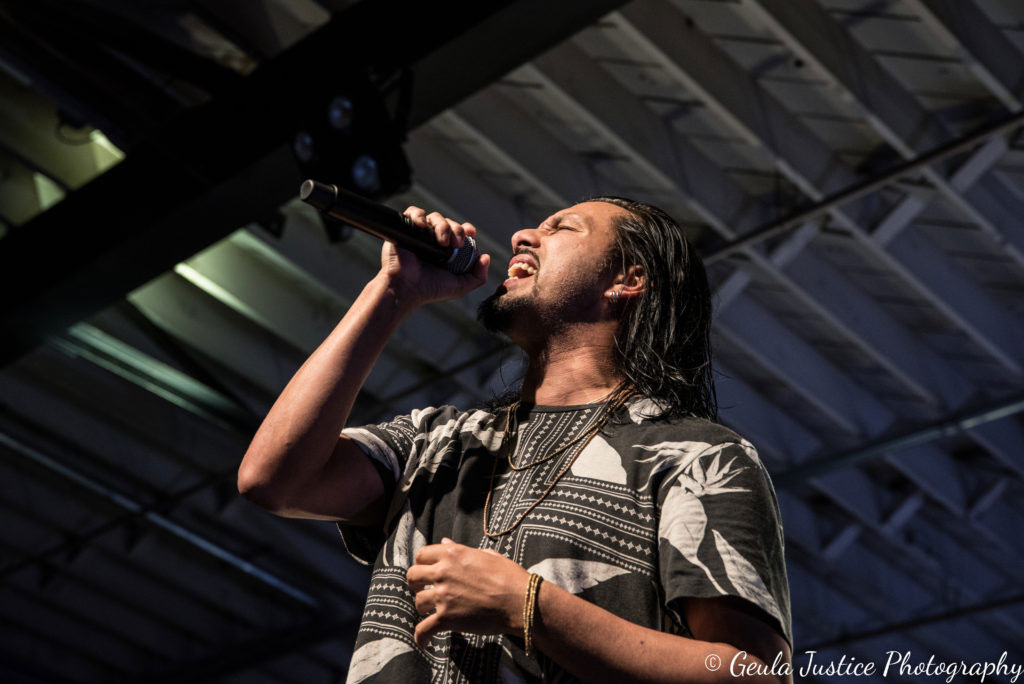 Pop Evil plays make up show at The Truman in KC

The Truman in Kansas City Missouri played host for a rescheduled Pop Evil show. Last week, the group proved once again their love of their fans as they made sure to finish up their tour with a rescheduled Kansas City show. Due to an ice storm back on April 15, Pop Evil was forced to cancel their show, but via social media, Leigh Kakaty promised KC fans Pop Evil would return with a makeup show before tour’s end.

Return they did and with a bang as they brought along last leg tour mates Messer and Memphis May Fire for the show with local support from Champagne Campaign it was sure to be a night to remember.

Fresh off the release of their album “Speakeasy” and the video for the single “Fantasy,” Champagne Campaign, a proud KC band, took the honor of opening the show and ran with it. Bringing a soul filled, bluesy rock sound, deep in feeling and rich with solos, Champagne Campaign very easily got the energy right for the night. Made up of lead vocalist Ryan Lynch, guitarist Justin McClintic, bassist Drew Keffer, and drummer Zak Anderson, the Campaign are a well-dressed and fun band that bring a lot of passion to their show and were a great start of the night.

Next on the bill was the name sake of lead vocalist Dereak Messer, a Dallas Texas born band making big waves in 2018. The band Messer has already garnered a strong fan base opening for bands like Sick Puppies, Vince Neil, Black Stone Cherry, Lynch Mob, Drowning Pool, Trapt, Metallica, Scott Stapp Of Creed, and Avenged Sevenfold. Coming out of the gates strong with singles “Simple Man” and “Whiskey” off their debut self-titled album, Messer are poised to take the rock scene by storm with their cutting edge modern rock sound and high pulse rate rock show.

The group is comprised of Dereak Messer on lead vocals, Donnie Deville on guitar, Javier Contreras on guitars, Kenn Youngar on drums, and Maddox Messer on bass. Messer brought a high intensity show that quickly won over fans. Led by the animation and talents of Youngar on drums and attention grabbing pizzazz of fellow name sake Maddox on bass, Messer grabs the fans by the horns from the start with catchy well played music and good audience interaction. Messer are sure to continue their rock scene takeover as they take off on some headline dates and we look forward to see their show grow to match their talents.

In direct support was the Nashville-based Christian metalcore band Memphis May Fire. Formed in 2006 and despite Leigh’s claim Memphis May Fire is far from an up-and-coming band, they have set their place among the rock stories with six studio albums their latest being the 2018 release of “Broken” on the Rise label. Consisting of Matty Mullins on vocals, Kellen McGregor on lead guitar, Jake Garland on drums, and Cory Elder on bass, Memphis May Fire are no stranger to the stage and come to play as pros.

Hitting 2019 hard with a nonstop tour schedule and newest offerings to the fans including “Heavy Is The Weight” featuring Christian hip-hop artist Andy Mineo and their cover of Linkin Park’s “Faint,” Memphis May fire rock the stage like no other. Sporting a clean cut , covered in ink look, MMF have had many lineup changes over the years but most thanks to McGregor for keeping the fire lit and alive. A down right in your face metal band, MMF want nothing more but to see a crowd throw horns and they make it easy with a high intensity show filled with good times and great tunes.

A specific highlight for me among their great show was the moment lead singer Matty Mullins stopped the show to make sure a fallen rocker was properly cared for. “Clean some room for these guys to help,” Mullings demanded of the crowd once he noticed the trouble. After making sure they were cared for and apologizing to the crowd for not noticing quicker, Mullings quickly got back to the jams. It was a special moment that showed the heart the band has for its fans and the character of their frontman.

A stacked line up already, the show could only be topped off by the exuberance and experience of a band such as Grand Rapids’ own powerhouse band Pop Evil. After several lineup changes, Pop Evil has been solidified with current members guitarist Nick Fuelling, guitarist Davey Grahs, bassist Matt DiRito, vocalist Leigh Kakaty and newest member Hayley Cramer on drums. “Newest” member does not do justice to what has become the heartbeat and center of a marvelous show in herself, Ms. Cramer.

The group has brought new life to old tracks and a new vision to their latest self-titled release that include hit tracks “Waking Lions” and “Be Legendary.” With such a large library of fan favorites and hits, any set list would be a hit and Pop Evil made it perfect with older and newer tracks such as their opener “Boss’s Daughter,” “Last Man Standing” with an “Eye of the Tiger” snippet added, “Torn to Pieces,” and a great version of “Deal with the Devil” with a “Bodies” snippet.

Pop Evil also makes sure to rock the crowd with “Ways to get High,” “Footsteps,” and of course “Take it All.” The guitar players of Pop Evil are three of the most fun musicians to watch and interact with and also make sure to give as many fans as possible a moment in the show just for them. With an unmatched energy and joy the band that is Pop Evil, the group gives all they have to every show no matter the amount of fans in attendance.

Kakaty has proven he is made for the frontman position and the stage that comes with it. Never leaving anything behind he gives all to his show and his fans making sure to thank them and fellow tour mates several times for a great show, night, and tour. Showing how special he felt the tour, Kakaty and band mates invited members of Messer and Memphis may Fire to join them on stage for their encore and to play one of their biggest hits “Trenches.” In a true symbol of how fun the tour must have been was the fun of all members had on stage during the song. It’s not often you see a bandmate playing a lamp in a motorcycle helmet and it was a pleasure to be a witness.

Pop Evil always entertain with crowd favorite sing-alongs and radio friendly hits that catch a nerve and ring in a party. A special moment after the show was when Kakaty took the time to come side stage and make once in a lifetime moments for fans waiting for even just a hello from one of their favorites and taking time to sign autographs and take pictures – showing his love and appreciation for the fans as always.

Make sure to catch Pop Evil all spring in summer on tour with other powerhouses such as Skillet, Sevendust, Devour the Day, and Disturbed through September for what is sure to be a great season for Pop Evil and its fans.