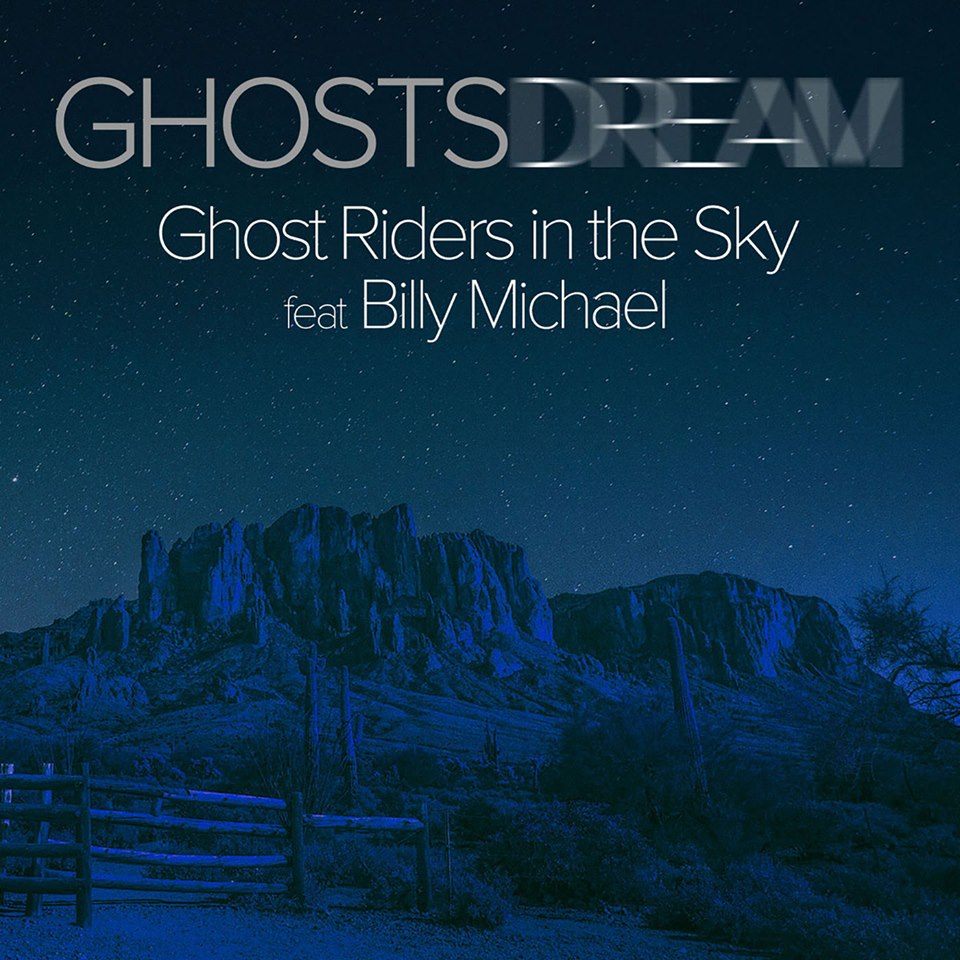 There are few songs that transcend both generations and genres. It takes a lot of staying power, both in the composition and the lyrics, to peak the interest of listeners – especially today, an age where the three-minute radio single is paramount. However, one of the most legendary songs to be reinvented time and time again is “Ghost Riders in the Sky,” probably most famously done by Johnny Cash.

The song has been remade more than 70 times since its original recording in 1948 by Stan Jones. Lyrically, the song tells a tale of a cowboy who has a vision of red-eyed, steel-hooved cattle thundering across the sky, being chased by the spirits of damned cowboys. One warns him that if he does not change his ways, he will be doomed to join them, forever “trying to catch the Devil’s herd across these endless skies.”

The song was recently remade by the Los Angeles-based ethereal rockers Ghostsdream, with Warrensburg rocker Billy Michael lending vocals to the track. Their version is a slowed-down atmospheric rock version of Cash’s, which Michael said he wanted to honor with the production.

Michael said he was talking to Edward Donnelly, one of the two members of Ghostsdream, about the ASCAP Create Music Expo when Donnelly asked Michael if he would mind lending vocals to an upcoming project. The two had previously worked together on recording a live album for Michael’s band, Shangrala.

“Ed pitched the idea of covering the song ‘Ghost Riders In The Sky’… being done as a slower version in which his description was think Johnny Cash meets Pink Floyd. I thought it sounded really cool as the song has really dark, creepy vocals but has always been done in a more uptempo style,” Michael said.

There was one tiny issue with the project – Michael lives in Warrensburg, Mo. while the band is based in Los Angeles.

“With technology being what it is these days working from afar was pretty easy, it may take away a little from some of the creative energy that happens in the studio when everyone is in the same room, but it was still a pretty awesome yet different experience,” Michael said.

Michael recorded his parts at Hope Studios in Kansas City with Matt Richards. The two have been working together on new Shangrala music so they already had a rapport together.

“Not being in the same studio with the other musicians was a new and different experience for me, but to be honest it is really cool too because it unlocks so many more possibilities to create new music with other musicians no matter where they are physically located in the world,” he said.

The track itself is a solid homage to the Cash version, although the timing is slowed way down. The group kept the original hook and lyrics.

“I feel we stayed pretty true to the Johnny Cash version with a few small exceptions,” Michael said. “I also feel that we kept an old classic feel but yet used modern beats and such to kind of reinvent the track as well. The direction of the vocals for me was to stay in a similar vein of what I do in Shangrala, kind of keep it raw and gritty but also strong and creepy at the same time, if that makes any sense.”

Michael said the song itself helped him get in a certain frame of mind to deliver the vocals the way he did.

“The mindset for me was focusing on the impact of the vocals themselves as they really are dark and creepy,” he said. “I mean ‘If you want to save your soul from hell a-riding on our range then cowboy change your ways today or with us you will ride trying to catch the devil’s herd, across these endless skies’ is a pretty morbid warning if you ask me.”

Michael’s delivery on the track fit the production perfectly, a seamless fit for the song choice. He attributes his vocal style to a wide range of influences he had growing up.

“Growing up with the influences I had from both of my parents also I think influenced me on this track,” Michael said. “With my Dad being from the country, Princeton, Missouri, he introduced me to artists like Johnny Cash, Waylon Jennings, and Willie Nelson, and then my Mom being from the city, Des Moines, Iowa, she introduced me to bands like Pink Floyd, Deep Purple, and Alice Cooper. I feel blessed to have had that kind of musical diversity given to me, so I think this track draws from that for me.”