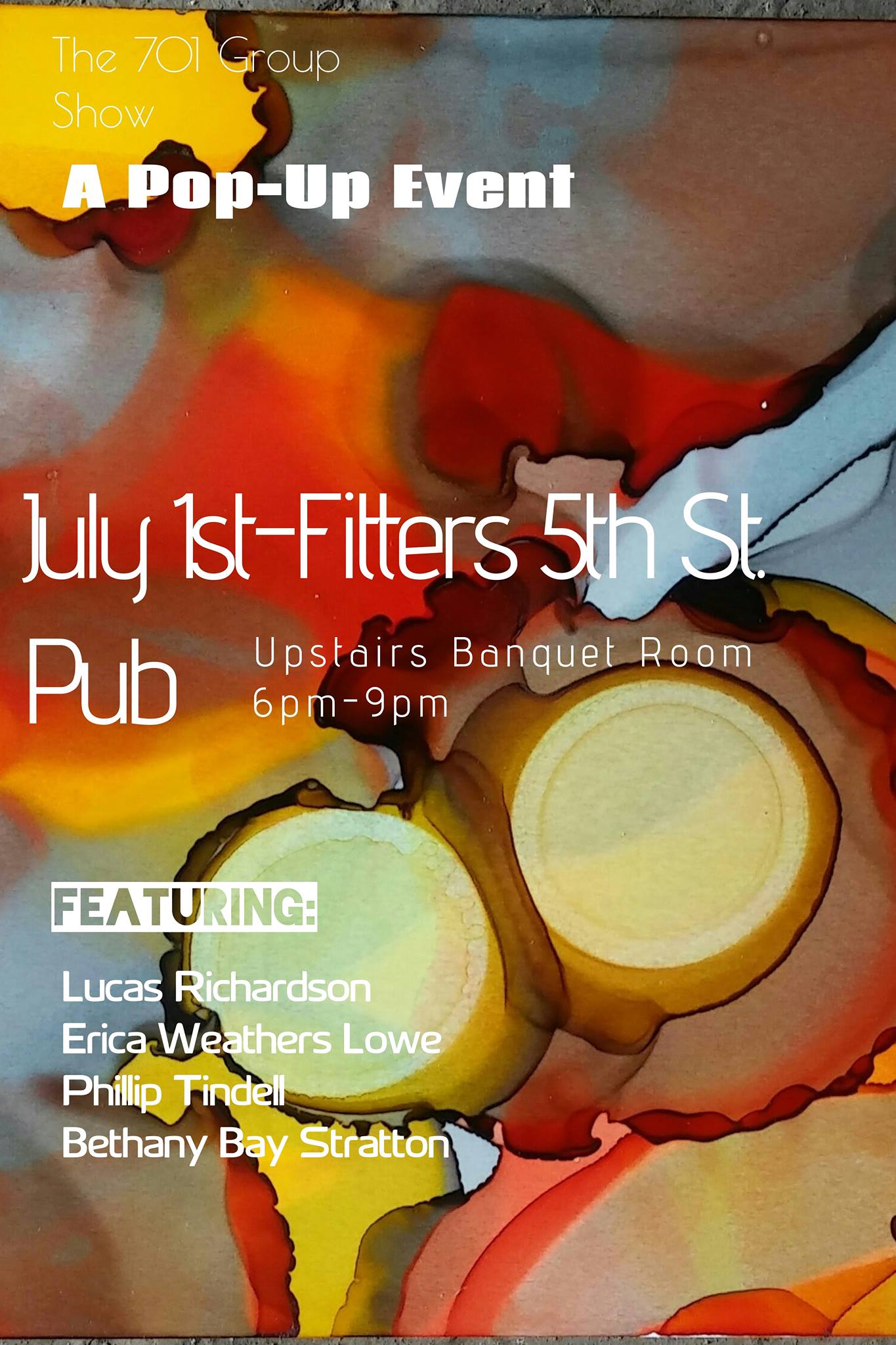 The show marks a shift in the Sedalia art scene, as artist Dustin M. Schmidt had become the go-to person for Sedalia area artists to get involved in showing their art. With Schmidt taking a summer respite from painting and hosting showings, Richardson decided to host a show.

“People need to see art!” Richardson said. “Dustin took some time off from doing shows to focus on his son’s summer baseball but we were still in contact about what all I would need to get a show going. There’s been a lot of help for everyone involved.”

Richardson said he’s familiar with the artists involved in the show.

“As far as the artists involved, I’ve worked with two of them before and have been friends with Erica for a number of years,” he said. “We have a last minute entry into the show, Josh Heimsoth, he’s been a life saver and lent us his display panels! My idea for these shows is to make it a self-creating platform, where the artists just make it happen because it needs to happen.”