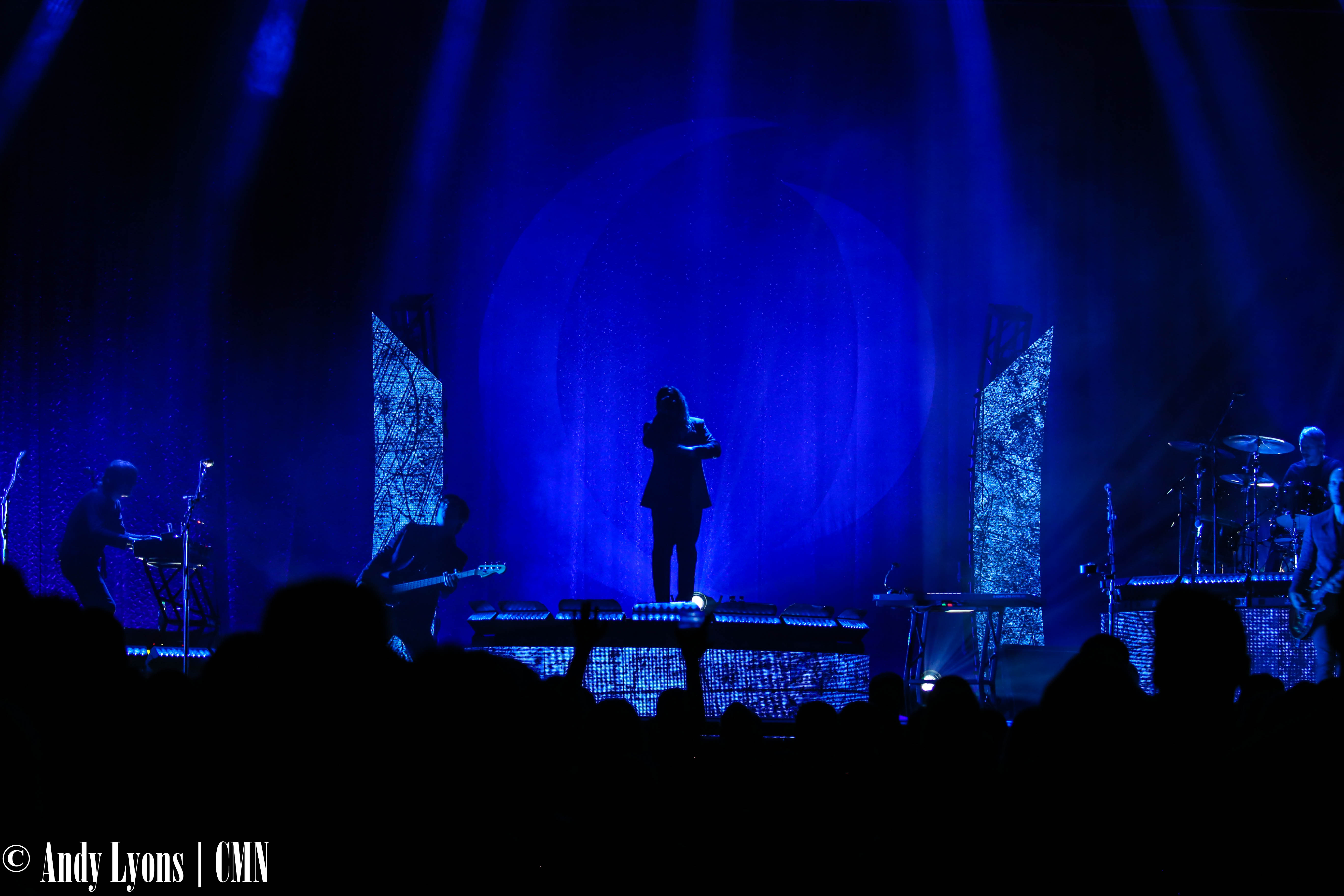 Last year fans were treated to a summer tour from A Perfect Circle, the brainchild of Tool frontman Maynard James Keenan and Billy Howerdel. Amidst a whirlwind of rumors Tool has been working on new material, the announcement came earlier this year APC would release something fresh, titled “Eat the Elephant,” a long-awaited follow-up to 2004’s “eMOTIVe” with another tour.

This round hit cities missed during last summer’s run, and last Wednesday the group rolled into Columbia, Mo. and played at Mizzou Arena, home of the University of Missouri’s basketball teams. The group was a man short, guitarist James Iha was out preparing to tour with Smashing Pumpkins, so the they tapped a semi-familiar face to replace him – Greg Edward of the band Failure, whose song “The Nurse Who Loved Me” was famously covered by APC on their album “Thirteenth Step.”

One of the many things to admire about catching APC live is the group’s demand fans not have their phones out during shows, albeit with dire consequences. Multiple people were escorted out of the venue for not respecting the one and only rule, but fans could be overheard talking about the joy of not having their view of APC’s extensive visuals obscured by someone holding a phone up.

As the lights dimmed in the arena, the crowd erupted and it was show time. Each member hit the stage one by one with heavy lighting except Keenan, who was situated at the back of the stage and heavily backlit.

The group’s setlist was a complete change from last year’s tour, with songs from the new album making up the bulk. They still hit fan favorites such as “Weak and Powerless,” “People Are People,” and “Counting Bodies Like Sheep to the Rhythm of the War Drums” from “eMOTIVe,” as well as the “All Main Courses Mix” of the hit “3 Libras.”

The notoriously quiet Keenan was surprisingly conversational with the crowd, consistently thanking them throughout the show and even talking about politics a bit midway through. He joked about how he’s been pretty political with APC over the last 14 years – a reference to the subject matter of both “eMOTIVe” and “Eat the Elephant.” He went on to tell the crowd he doesn’t consider himself aligned anywhere politically and that we have all been tricked into not trusting each other and that we needed to get back that trust before going into new track “The Contrarian.”

APC live is spiritual experience at its core. The group’s atmospheric sound and Keenan’s vocal delivery lend the music a manic feel that brings on waves of emotions. The light show complements each song while the heavily backlit Keenan takes on the appearance of an apparition, the concert had the entire crowd entranced from the opening note.

Keenan joked it would hopefully not be another 14 years before the crowd sees the band again, but if it is, the show is one that won’t soon be forgotten.