LATEST NEWS
04:29 AM
Home Entertainment Concert Dorothy and Charming Liars leave a night to remember at The Outland Ballroom 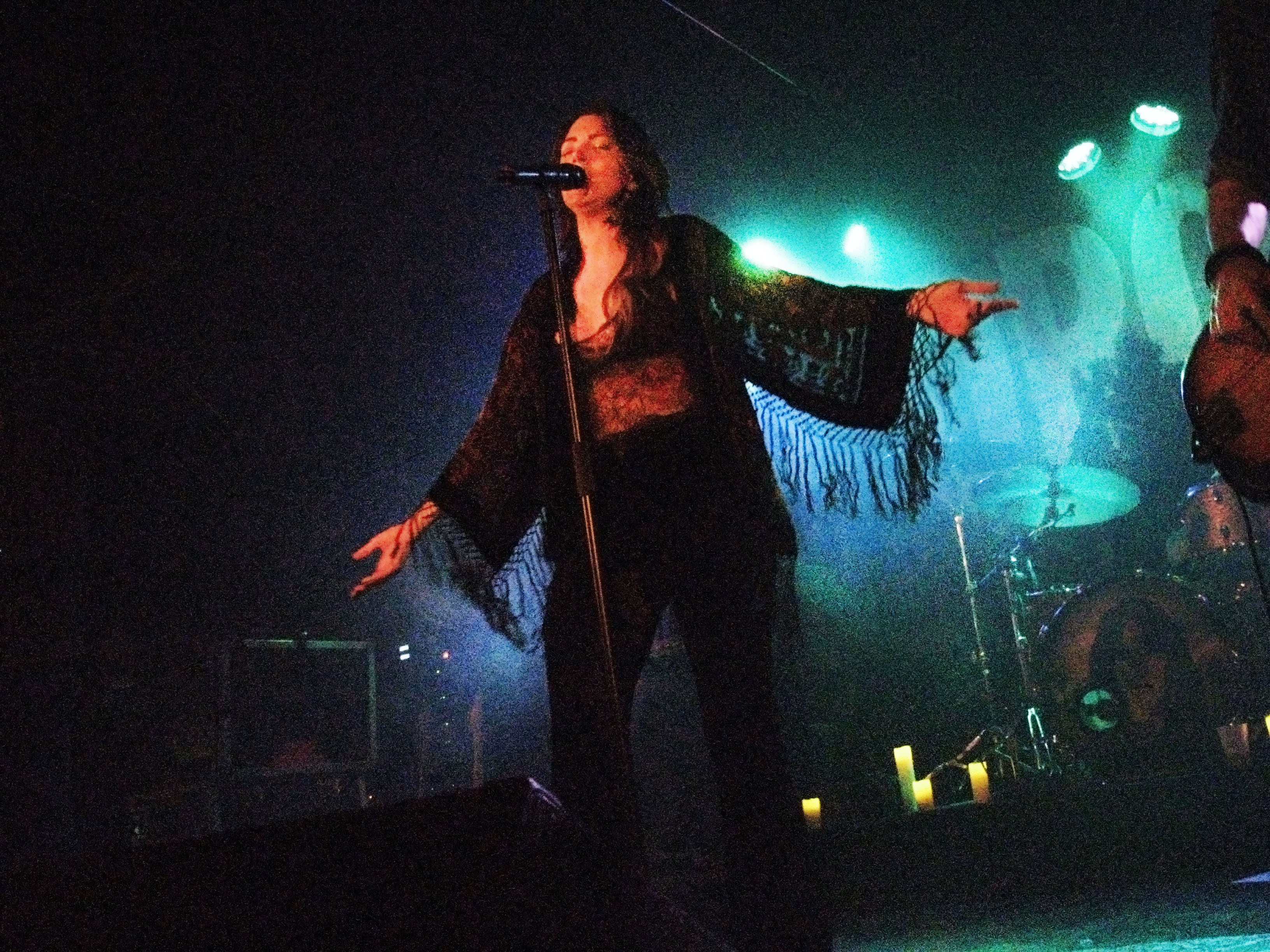 Last Monday was a great day for this rock fan as rocker Dorothy brought the “Freedom Tour” to my Springfield, Mo. hometown venue The Outland Ballroom. I’ve been a fan since her debut here with Lita Ford and Halestorm more than two years ago, and my excitement for their appearance was shared by anyone that has heard her voice.

In direct and soul support of Dorothy and the Freedom Tour was L.A.-based band Charming Liars. Central Mo News was able to sit down with vocalist Kiliyan Maguire before the show and discuss beginnings, tour, horns, their depth to their music and even Sir Elton John.

Bred from a chance meeting at a L.A. party , where Maguire couldn’t help but notice the personalities of bass player Mike Kruger and guitar/producer Karnig Manoukian, both new arrivals to the states from the U.K.

“I didn’t wanna be a one night stand,” Maguire said in describing the hope that his new friends would call the next day. “They did and we have been making music ever since.”

Having some success with their first single “Soul,” a top 40 hit in 2016 and their 2017 single, a cover of Sir Elton’s “I’m Still Standing” – the proceeds went to Music Cares charity , Charming Liars are fast proving they will make their place in music with all their tracks being added to all the top music download platforms . In support of their newest material, which is shown to be very intriguing and full of tough subject matter, the group has started with the song and first of a trilogy titled “Like A Drug” – which features a video that will force viewers to think about all forms of addiction. Also out is part three, “Insomnia,” another very moving and heart-wrenching video that accompanies the track and features emotion and passion shown throughout their performance. Manoukian helps remind us that some of the best guitar players come from across the pond with some great riffs meeting soothing sounds. Kruger helps bring alive some very powerful music with his performance and helps push the emotion in Maguire’s voice. Charming Liars are a great fit for the raw feelings this tour brings to life with the passion in their performance and they prove they are a band to watch. Make sure and keep an eye out for soon to be released “Time to Start” single and following album.

The day of Dorothy got to start early for some special fans as we were invited to a special acoustic performance hosted by local rock radio station Q102 and their Rock Room Sessions. Fans were treated to a couple of acoustic jams including their recent single “Flawless” and “Pretty When You’re High” as well as watch Dorothy wield a Nerf gun. Easily an experience that will never be forgotten and by far the best match for the RRS as her voice was … well flawless. Combine that with her VIP meet and greet, early access, sound check experience (where we had the pleasure of hearing the makings of a new track), and it was already a night for the ages and Dorothy hadn’t even officially taken the stage.

Dorothy was discovered in 2013 by Mark Jackson and Ian Scott, who were instant fans when they heard her voice and helped launch her career. By 2016 her first album “Rockisdead” hit and took off, spawning hits like “Raise Hell” and “After Midnight” and set the stage for a sky is the limit road for Dorothy. Recognizing the immense talent, Dorothy was invited on an already completely sold out Greta Van Fleet tour and is stealing the show every night setting the stage for her Freedom Tour.

As the time had finally come for Dorothy to take the stage, the excitement was electric in the crowd and the anticipation was almost too much to bear as the cheers and screams rang loud when they took the stage. In support of their latest full album release, “28 Days in The Valley,” a “more feminine energy less metal influenced” album, 28 days was co-written by outstanding song writer and performer Linda Perry and brought the fans a different side of Dorothy from what we had seen in her debut album, a lighter and brighter side.

It’s hard to describe Dorothy Martin’s performance without using the word passion over and over. She channels every bit of the sultry intensity, spirit and warmth that make the greats like Janis Joplin and Stevie Nicks so special. Dorothy brings her music to life through her voice and reaches into your soul to grab your heart, caress it and strangle it all at the same time with her emotion filled energy. Of course her sound and performance have caught the eye of all the mainstream rock wires like Blabbermouth and Loudwire, who keep a close eye on all that is Dorothy.

Ms. Dorothy knows she is only as good as the band she brings with her and she made a great choice. “The guitar playing and the band were enough in itself to make a great show” a fan said as you could tell she was in awe of the show she just saw. Joining Dorothy on stage were Owen Barry and Leroy Wulfmeier on guitars, Eliot Lorango on bass and Jason Gannberg on drums. Being the band for such a stand out and attention grabbing performer such as Dorothy could be tough for some but these guys have no trouble sharing and capturing some of the limelight for themselves.

All great showmen and performers in their own right, once brought together make for a very moving experience that help bring to life the very special and unique sound of the breathtaking vocals of Dorothy. They make sure and rock some of the hits from the first album including “Raise Hell,” “After Midnight,” and a very special performance of “Shelter ,” while also playing sure to be hits of the new album “Pretty When You’re High,” “Ain’t Our Time To Die,” and “Freedom”.

There are very few in the business who instantly and permanently leave such a lasting impression and make such quick fans. Dorothy is on the top of that list and is the definition of “must see.” Her music is some of the most moving out there today and her show is exactly what live music should be. Dorothy continues her Freedom Tour through October with more stops on the Greta tour and a stop with Joan Jett and also some of the biggest festivals. Don’t be left out and make sure you buy her album and catch her on tour. You will not be disappointed.

Listen to our interview with Charming Liars in its entirety below via SoundCloud: