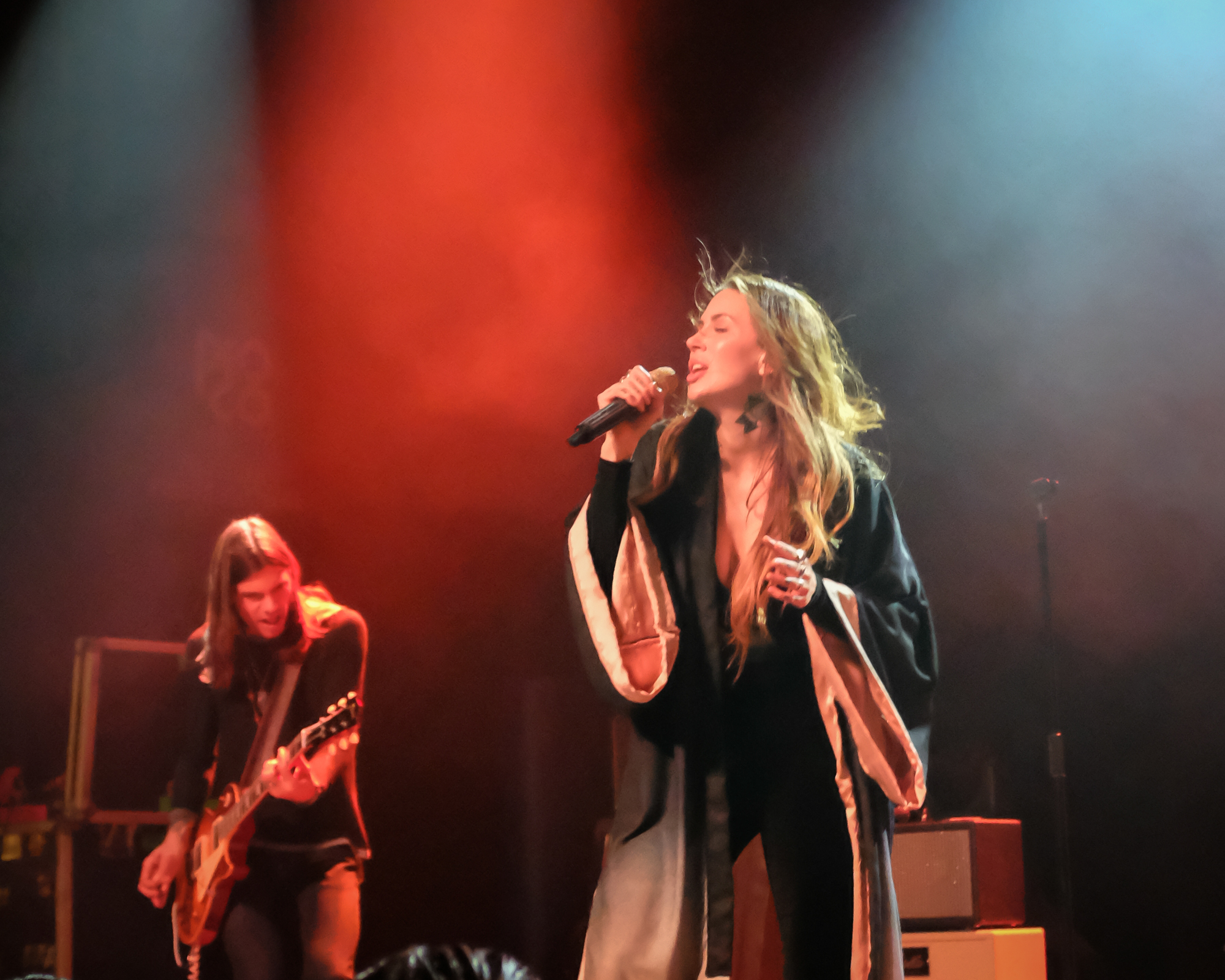 Last week the 2019 Freedom Tour spread its wings and flew into the Delmar Hall in St. Louis, featuring Spirit Animal and Dorothy for a night of soul-searching, enlightened music. The Delmar was a perfect host for a show made for an intimate venue.

First on the stage was the Brooklyn, New York-based band Spirit Animal. The group formed in 2010 and found success with their 2013 track “The Black Jack White” on Spotify – and later featured on an episode of CSI:NY. Spirit Animal are a more plain-looking stage band that brings a big, unique sound. Made up of Ronen Evron on drums, Paul Michel on bass, guitarist Cal Stamp and vocalist Steve Cooper, Spirit Animal had a heavy fan presence at the show and came to the stage to loud cheers and big time excitement.

Having opened for such bands as The Struts, Incubus and Theory of A Dead Man, they are no strangers to getting a crowd warmed up and ready to rock with a groove-heavy sound that blends 808’s and guitar seamlessly. They are a super high energy band with music to match and musicians as fun to watch as they are to listen to. With tracks like “JFK,” “Karma,” and the fan favorites “Regular World” and “World War IV,” Spirit Animal do a great job of showing their highlights from the full clean vocals of Cooper, to the blazing riffs and solos of Stamp and the infectious and contagious energy of Michel on the bass. While behind such energy it might be easy for a drummer to get lost but with perfect timing and an almost a “keep the energy wrangled” style is a perfect heartbeat for Spirit Animal and they highlight it with their closer and singalong track “YEAH.”

The stage was set in a dim blue, almost soothing, light as the band took to their instruments and Dorothy Martin sauntered into a place one can tell she was born for. Having grown to an almost different person and artist from where and when we were first introduced to her (as support for Halestorm and Lita Ford), Martin jammed through her first album ROCKISDEAD. Dorothy is an L.A.-based band formed in 2014 that released an EP the same year and their first studio album ROCKISDEAD in 2016. The current tour is in support of their latest and most profound release, “28 Days in the Valley.”

Dorothy Martin is proud of her sobriety and collaboration in music and in life, during her set she gave thanks to producer, songwriter, and rock star herself Linda Perry of 4 Non Blondes and credits with some of the greats like P!nk, Christina Aguilera, and Gwen Stefani. The new health, clean living and love of life shows in her music and performance as she sounded as strong as ever with an unmatched  energy and focus.

Martin started the show by lighting sage, typically known to ward off bad mojo and welcome good vibes which is a great description of what the music does. Joining her on stage was guitarist Owen Barry, guitarist Leroy Wulfmeier, bassist Eliot Lorango, and drummer Jason Ganberg. Dorothy is soulful and a perfect front for her namesake band and wasted no time kicking off her set with “Naked Eye,” which was featured on and inspired by the documentary “Served Like a Girl.” Martin immediately engaged a crowd of extremely excited fans already moved by her music. Martin puts off a soothing vibe that makes every fiber of your being dance with her hits “Raise Hell,” “After Midnight,” “Whiskey Fever,” and “Medicine Man” off her first album. Rocking hits “Ain’t No Time to Beg” and “Pretty When You’re,” a bluesy-rock song about marijuana, Martin proclaimed, but really more of a wasting time on stoners anthem off her new album.

“28 Days in the Valley” is an album of obvious reflection and demon venting, turning into a new found strength and glory and clean mind as shown in her track and first single, the I’m over you anthem “Flawless.” With every track Dorothy and company make you feel like you are right where you should be, soaking in the sweet riffs, thumping bass, heart-pulsing beats and one of the most soothing and spirit-wrenching voices in the business.

She’s been compared to some of the greatest female artists of our time, such as Amy Winehouse, Patti Smith, and Grace Slick, and Martin brings a new life to an old soulful sound. As Dorothy closed out a night of pure energy of soul and hip-moving tracks, she saves one of the best for last with the uplifting song “Freedom.” The song perfectly features her spiritual journey and awakening into a true powerhouse, set to take the world by storm. There is no better story of rock bottom to rock powerhouse than Dorothy Martin and it’s told so well by her band and her music. Dorothy is a “great” just waiting for the world to catch on and is a must see live band.

The 2019 Freedom Tour continues with dates into March and with Spirit Animal makes for a fantastic night of killer grooves, blues style, rock inspired, just all around happy music. You feel cleansed, inspired and refreshed after a night of just pure “old school” emotion filled rock and roll and good people. The Freedom Tour is best caught now while you can still experience Dorothy in a smaller more intimate venue.