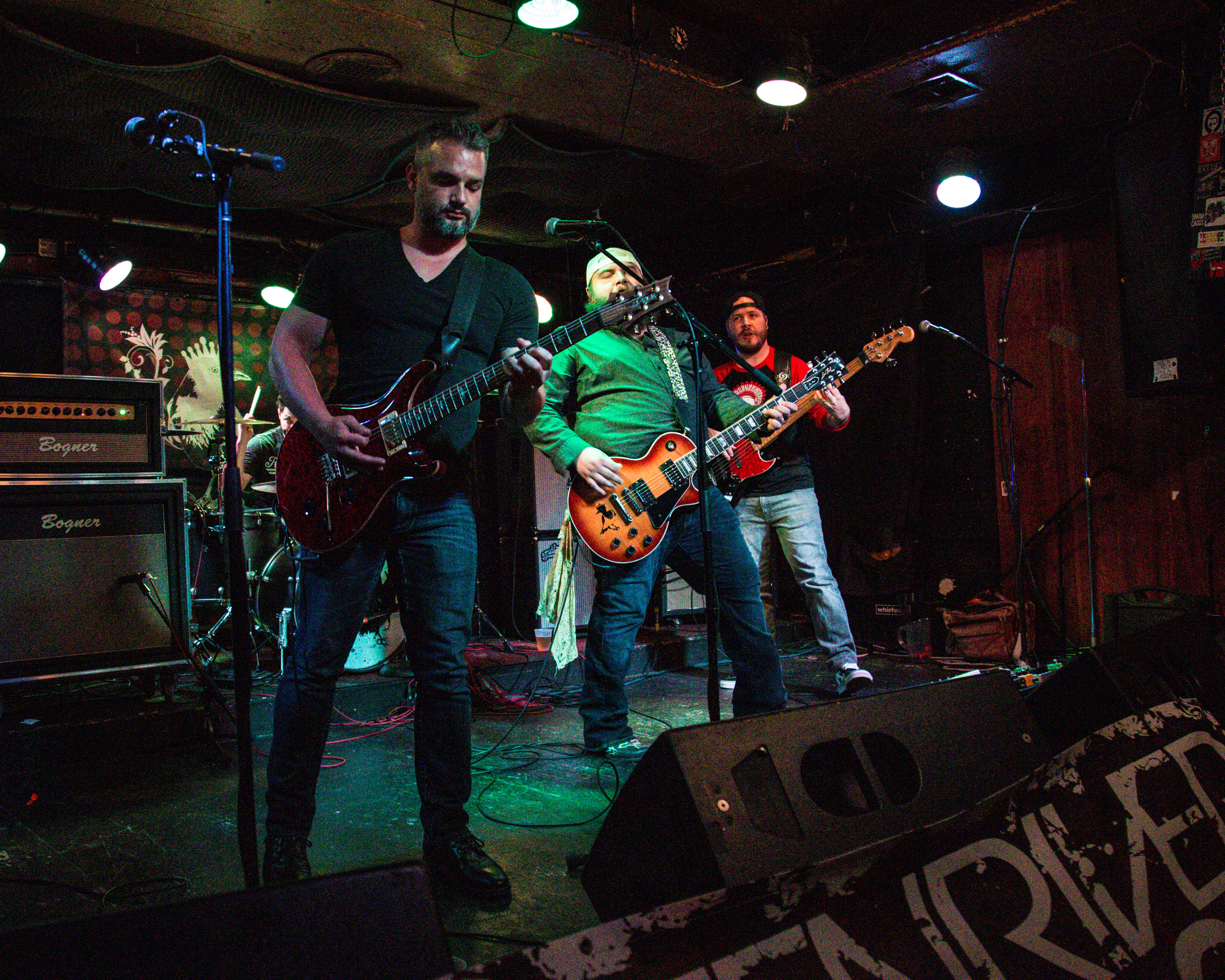 The Kansas City-based rock band released the new songs on online platforms Aug. 10, but Saturday was the first time “Exodus” could be found on the merch table.

The 10-song album is the follow-up to “Heavy Hangs the Head that Wears the Crown” that was released in 2014. “Exodus” is the first album for the current lineup, comprised of Andrew Williams on lead vocals/guitar, Justin Galluzzio on lead guitar, Tony Alvarez on drums and Clay Johnson on bass.

All four said it was great to see their effort on the album and concert promotion come to fruition with a full room of fans at Davey’s.

“It feels fantastic,” Galluzzio said of debuting the album to the public. “It’s a great feeling. A lot of time, a lot of effort, a lot of money went into it.”
Williams, and the rest of GRK, offered his gratitude to Davey’s as well as the other bands on the lineup, Mad Libby and Runaway Sons.

“It was such an amazing lineup and the progression of sound was so good,” Williams said. “The Lithographers showed up. … It was super cool to see other bands come out and support.”

“It’s great in general when you have local music support local music, rather than compete,” Galluzzio added.

Between writing and recording, the guys spent between two and a half to three years getting “Exodus” ready to release to their GRKingdom fans.

Williams said “Danger” was written before the other three members were even in the band, but the remaining songs were written as part of the current lineup for “Exodus.” Williams is the only current band member who was part of the first album.

Johnson agreed that “Exodus” was a step forward for the band, while Galluzzio said he sees the new album as a step outside the comfort zone for GRK.

“We had to break the mold of what the original GRK was,” Galluzzio said.

“Right, because it’s not the same anymore,” Williams added. “It’s a new dichotomy, it’s four new guys that were the right guys to begin with, together making the noise that we make. And it’s good.”

GRK had a light summer show schedule, but has started to book more shows. The band played covers and originals at a show in Jefferson City earlier in the week, something Alvarez said he sees as a new opportunity for the band.

“(This week) was a reminder of what it’s all about and what we’re all about,” Williams said.

“And it’s shows like this (at Davey’s) that keep us going,” Johnson added.

Williams said next up for GRK is more shows and a third full album, along with an acoustic album. Alvarez said he plans to continue more promotions for GRK shows and projects, and the band’s vlogs.

“This was our next progressive step, it’s kind of that gateway leading into what we’re going to do next,” Galluzzio said.