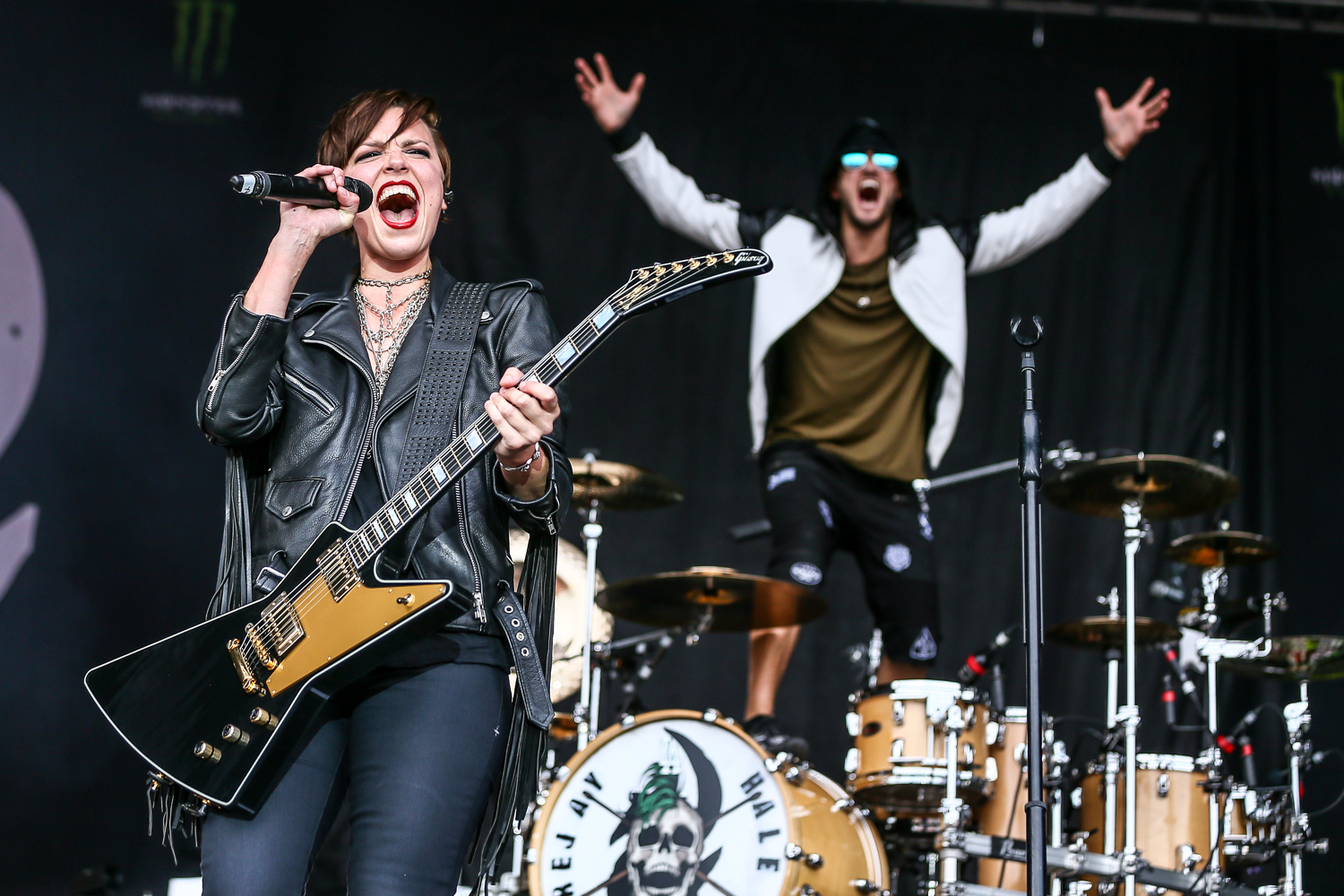 It wasn’t the usual hum of engines and tires at the Kansas Speedway Saturday, but guitar riffs and pounding drums as Kansas City’s rock station, 98.9, moved into its new home to celebrate the 25th anniversary of Rockfest. The festival, which has grown into the biggest one-day music festival in the U.S., featured new VIP areas among other amenities as well as a lineup that spanned decades of rock music to celebrate.

The show wasn’t without its first day kinks – some scheduling difficulties between the two stages, not enough people swapping trash, long lines to the restrooms, etc. However, the change made for plenty of good for the Kansas City faithful. Despite fans complaining about the lineup on social media, people flocked to whichever stage was live throughout the day, swelling in number and proving why The Rock can call it the biggest one-day fest.

There were plenty of notable happenings throughout the day as well. Lzzy Hale of Halestorm joined Tom Keifer onstage for a special rendition of “Nobody’s Fools.” Prior to P.O.D. taking the Worth Harley Davidson Stage, 98.9 DJ Moose officiated a joint wedding between several couples in the photo pit that truly signified how much the event means to fans.

Of all the performances of the day, P.O.D. proved they have the staying power of legends. They kicked off their set with “Here Comes the Boom” and kept the momentum going for nearly 40 minutes. While fans moshed and crowd surfed, lead singer Sonny Sandoval encouraged the crowd to look out for each other and tossed water bottles into the crowd. While playing their hit song, “Youth of the Nation,” Sandoval got the crowd involved and they sang the chorus loud enough it echoed off the seating of the speedway nearby. He did the same for “Feel So Alive,” with the band dropping their music and the crowd carrying the song.

Famous axeman Zakk Wylde was on the lineup as Zakk Sabbath, meaning he would be playing Black Sabbath hits rather than songs from his band Black Label Society. His rendition of “War Pigs” got one of the biggest ovations of the day and the legend closed his set by playing a behind-the-head guitar solo as he strolled through the crowd.

90’s rockers Candlebox gave a shoutout to the recently passed Chris Cornell to a huge ovation in the middle of the day. Collective Soul also put on a memorable performance with each band showing how 90s rock is a mainstay for the genre. Lzzy Hale also played into the crowd for the entirety of Halestorm’s set, the band has become a mainstay at Rockfest over the last five or six years.

Throughout the day each band did their best to make it special. The performances were well received despite rising heat and lack of shade at the Kansas Speedway. The new layout helped the flow, but the spacing between stages meant fans put in miles to catch acts at both throughout the day. The new VIP sections were a bit lackluster, with each stage having a cordoned off viewing area about even with the soundboard. A third VIP section, featuring an air-conditioned bar, was a nice touch however there were no screens broadcasting the show which made fans choose between the show and the shade.

Despite its hiccups, Rockfest’s 25th anniversary was a hit for anyone who went. The rockers know how to have a good time despite the heat, or maybe not everyone’s favorite bands. As with any concert, it’s the fans that truly make the experience great.