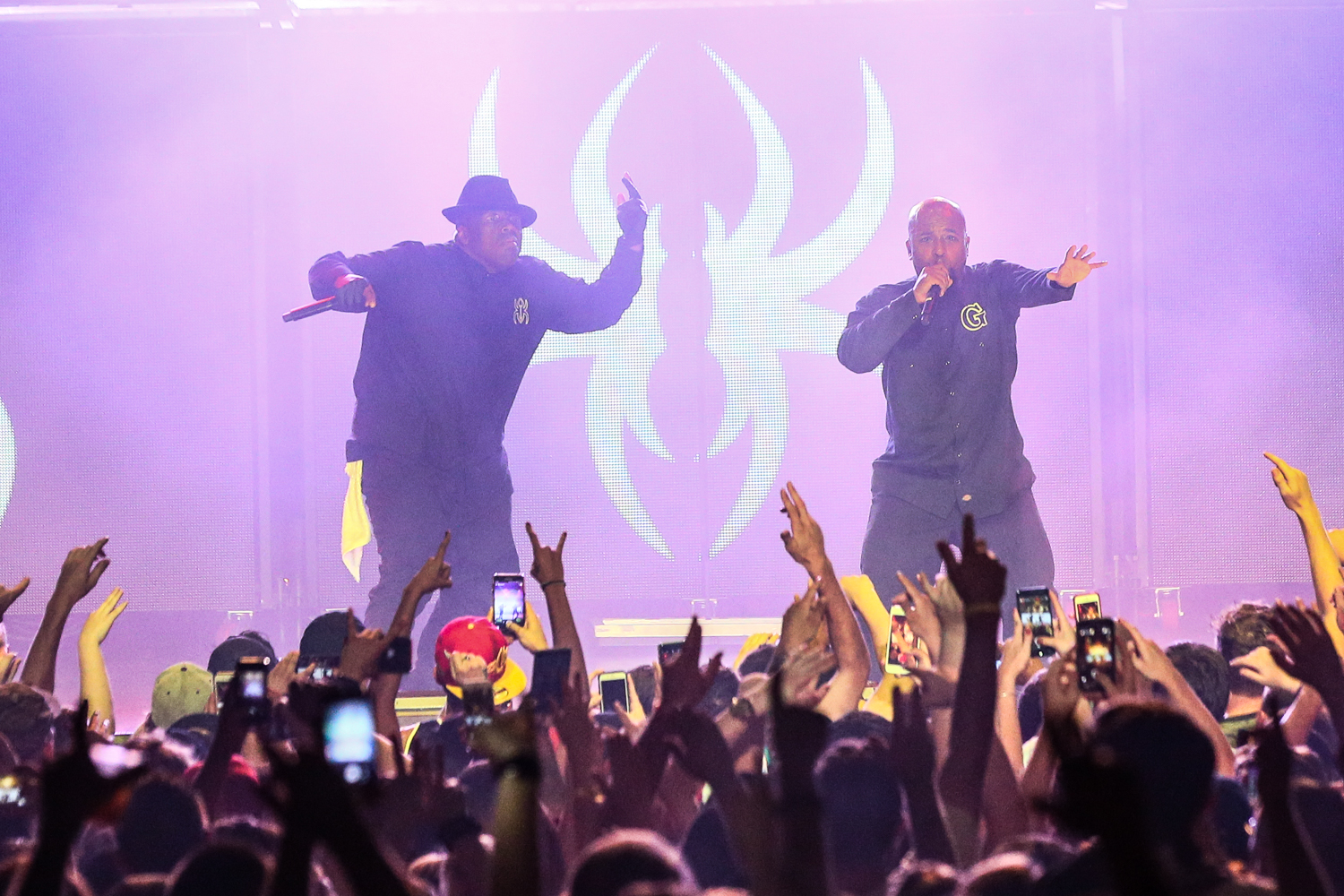 Tech N9ne’s Strictly Strange Tour 2017 made its last at the Arvest Bank Theatre at The Midland in Kansas City, Missouri on Sunday, June 4, 2017. Fans of all ages packed into The Midland on Sunday evening to see the final show, which featured several performances by artists under the Strange Music record label.

First to take the stage was JL of B. Hood, an up and coming hip-hop artist from the Kansas City area. Throughout JL’s short set, he had the crowd jumping and cheering non-stop.

Up next was Mackenzie Nicole who brought a bit of a calmer sound to the stage. While her music was anything but hardcore like the other artists, she still brought plenty of energy to the stage with her incredible vocal talent. Nicole’s singing was complimented by the two hip-hop dancers on stage with her.

Mike Viglione, also known as Ubiquitous of the rap duo Ces Cru, took the stage next. During his performance he mentioned that his partner, Donnie King, also known as Godemis, was unable to be there that evening. Even though the second half of Ces Cru was not performing, the crowd didn’t seem to mind and enjoyed every moment of Ubiquitous’ time on the stage.

Stevie Stone, a rapper from St. Louis, took the stage next. Stone moved all around the stage, jumping, dancing, and rapping like crazy. The audience kept bouncing to his beats and cheering throughout the entire set.

Following Stone was the California native, Brotha Lynch Hung. Hung rapped horror-themed songs about murder and even cannibalism, but was nonetheless entertaining to the crowd.

After Brotha Lynch Hung exited the stage and the crowd patiently waited for a few minutes while crew members made final adjustments to the stage, a countdown appeared across the screens on stage. When the countdown reached zero Tech N9ne appeared atop a platform raised above the stage. On either side of the stage were giant video screens that each displayed a different personality of Tech N9ne’s mind.

On one side, the screen showed a saintly version of himself wearing white clothing, while on the other side of the stage the screen showed a mischievous demonic version dressed in red garments. Throughout the show Tech N9ne interacted with his video counterparts.

Tech N9ne performed songs like “Einstein,” which some refer to as the Kansas City Anthem, “Am I A Psycho,” and “He’s a Mental Giant.”

After a few solo songs, Tech N9ne was joined on stage by Krizz Kaliko. Together N9ne and Kaliko danced all around the stage, fully engaging with the audience while performing hit songs like “Talk Up on It.”

Overall the Strictly Strange Tour was very entertaining. There was a wide variety of music styles present throughout the several artists that performed that night. Tech N9ne surely knows how to entertain his fans.