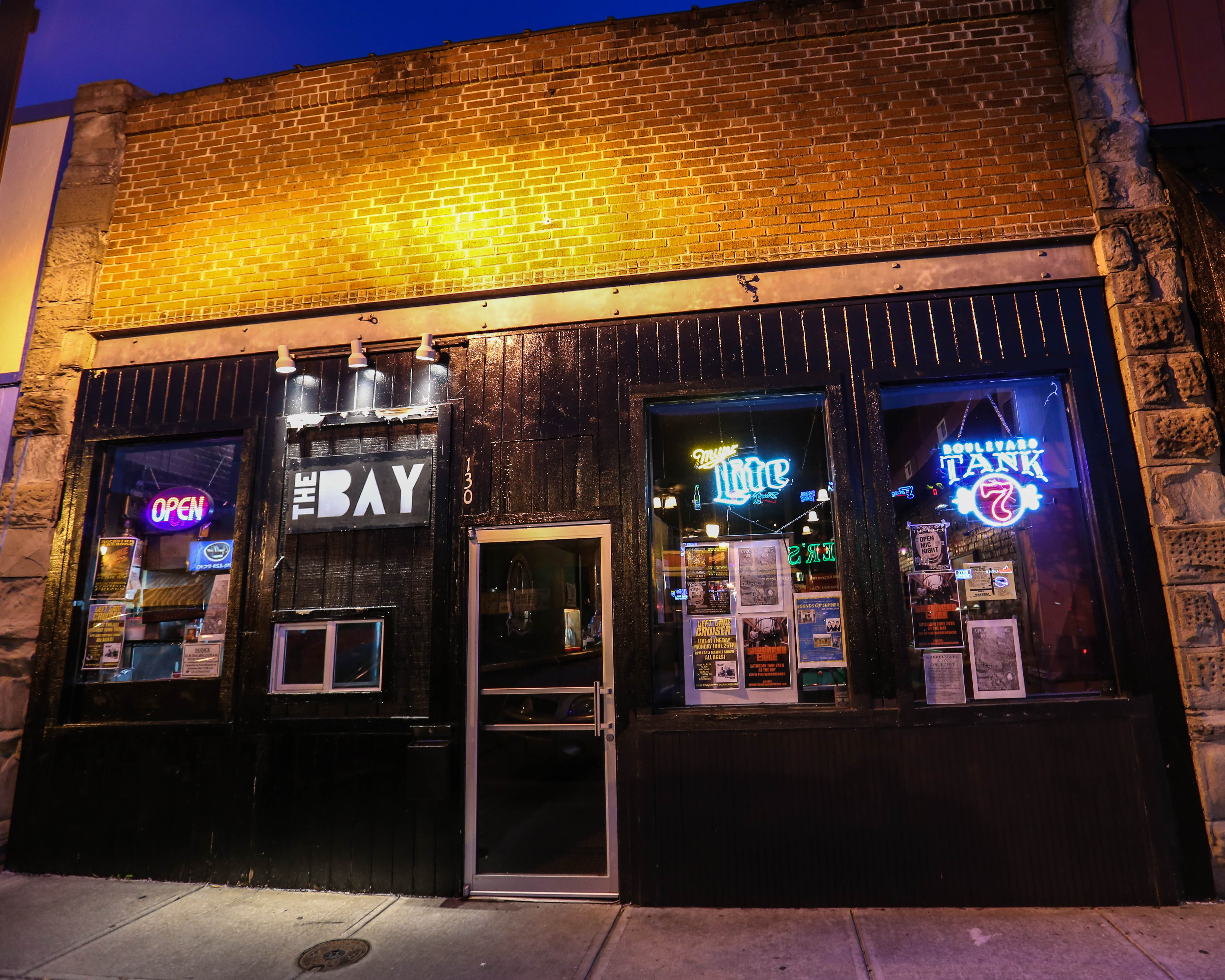 Saying Bye to The Bay

The moment had arrived that so many had to prepare for, closing night at The Bay, what was Warrensburg’s primary live music venue. On Friday, June 30, 2017, the amplified live sounds flew through the air there for the last time.

The lineup included Alex and The XOs, Infinite Catfish and Not a Planet. I saw the set schedule for who was on when – it looked like things were going to be ran on a tight schedule. I didn’t want to miss any of it. The show started early and closing time was Midnight.

First up was Alex and The XOs. The Alex of Alex and the XOs is Alexandra Fisher, an indie-pop songstress based in Bloomington-Normal, Ill. Curiosity summed up the mood in the room as the statuesque flaxen haired beauty with a Fender in her arms took to the stage.

As she took to the stage, a question came to my mind – Where was the rest of the band? Before checking out a band or musician I’ve never seen live before, I try to find at least one song online. I found a video for an Alex and the XOs song titled “Honestly.”

Does she play solo for some shows and with a band for others?

Her sound was one of melodic jingle-jangle accompanied by crystal clear, saccharine-sweet vocals. , delivered as she swayed in time to the music. Fisher’s songs had a melodic, breezy feel, as if the riffs she was strumming were waves of reverberation washing up on a beach at low-tide.

Seeing this live was like seeing a form of plugged-in folk. Fisher’s demeanor on stage was one of thankfulness and appreciation. She seemed grateful to be playing to an out of state crowd. In between songs, she told the audience she was excited to be there and how cool she thought The Bay was.

The next act, the local Infinite Catfish got a more spirited response. They are a band whose name I’ve heard for a while, but had never been out to see them. They definitely put on a stellar live show. These guys were firing on all four cylinders while rocking a groove. Their sound was a little bit of funk, a little bit of a blues influence, a little rock, combined in a cocktail that brought in more of the audience, getting some dancing and howling.

After Infinite Catfish finished, I took a stroll to the bar area – The Bay was packed, unlike anything I’d seen before. I waited to get a beer. While waiting in line, I heard someone comment about the line and ask why there was such a line. I said “It’s probably because it’s the last night.” A female voice from behind then replied that if so many people would have shown up on a regular basis The Bay would not be closing. I didn’t have a response or a rebuttal…because she was right.

As the night continued on, with a slim hour before The Bay was to be evacuated, Not A Planet took to the stage. The Kansas City, Mo. indie-rock stalwarts were a fitting closer for the final night. Not A Planet had played The Bay many times over the years. In the past, when I had interviewed Jay Lindhardt and Ben Blevins, both had said Not A Planet were favorites.

Not A Planet’s final appearance at The Bay was a testament to the forging of a KC/’Burg music scene fellowship. Warrensburg is about an hour away from Kansas City, but some of the same bands that receive regular airplay on 90.9 The Bridge and 96.5 the Buzz’s “Home Grown Buzz” program were regularly making the trek east on 50 Highway or I-70 to play The Bay. The house was packed when Not A Planet were on.

The three piece is made up of guitar, keyboard and drums, with no bass guitar. The sound of driving, almost ’70s-esque rock riffs melded with intricate keyboard wizardry, plus a steady back beat. One highlight of the set was when they dedicated “Please Don’t Go” to The Bay. I think it was safe to say that everyone in that room knew what was being lost.

As Not A Planet reached the crescendo and climax of their set, such emotion flowed out of the venue. I saw grown men in tears being consoled by those around them.

When it was all over, the lights came on, and the artists, musicians, music-lovers, dancers, dreamers, drunkards and deviants all walked the same path, out of the door from whence they came, and despite whatever differences persisted among the lot, we were having a shared experience of leaving behind a place that had become like sacred, hallowed ground for so many. Thanks for the memories.