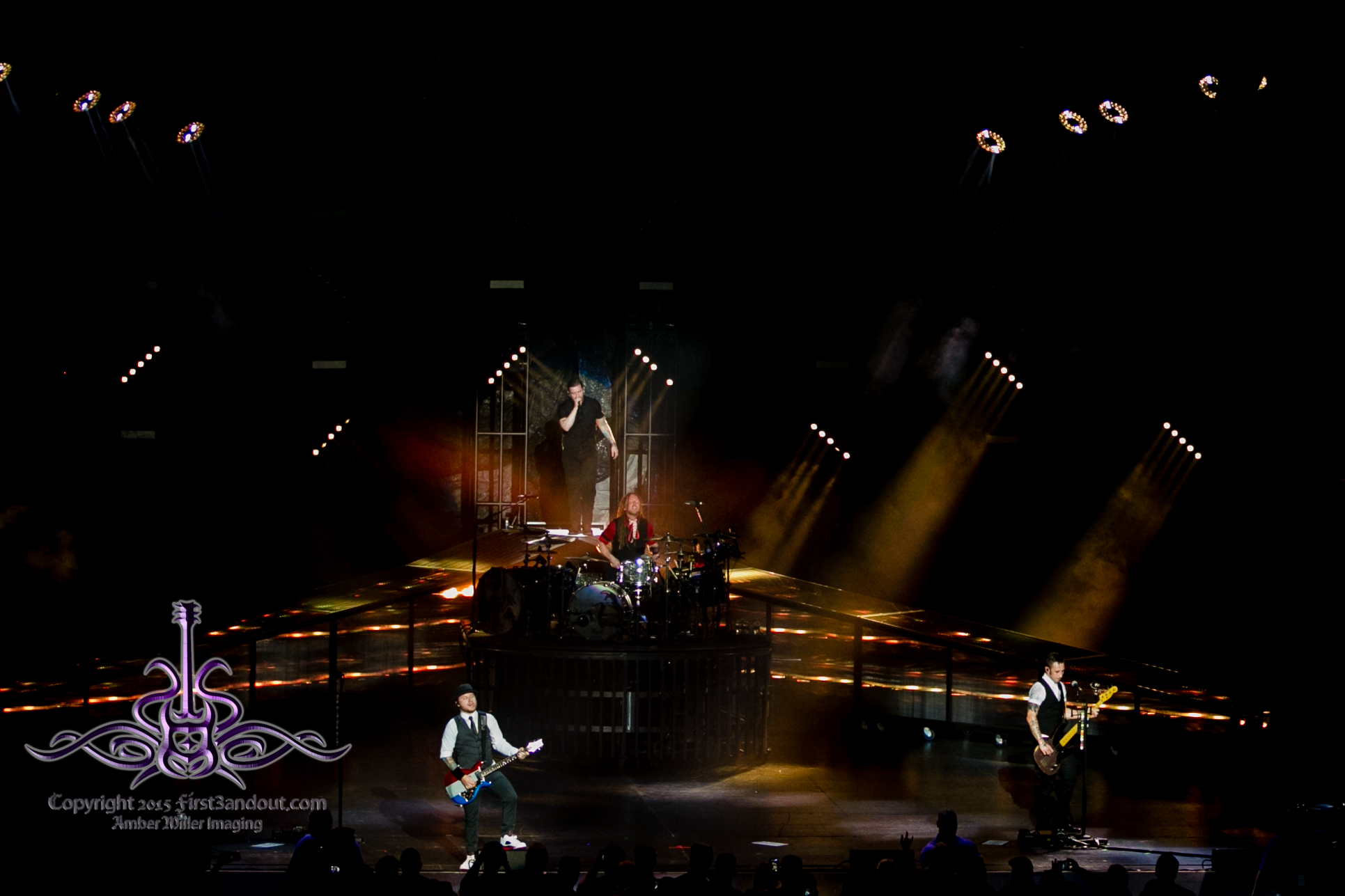 Highly Suspect dropped off the show for the Kansas City date, so many concert goers may have missed Black Stone Cherry as set times were altered for the bands absence.

Black Stone Cherry’s southern rock sound from Kentucky brought a surprisingly powerful set. The band came out with a great deal of energy. Drummer John Fred Young is very talented and fun to watch. Their set was catchy and drew in the crowd and set the stage for the rest of the night of music.

Halestorm continues to perform strong here in the Kansas City market. Lzzy always brings her A game to the stage. The band is tight and drummer AreJay Hale was on point as usual. They continue to build on their solid base of songs and have the ability to get the crowd going.

Shinedown has a special place in the hearts of Kansas City concertgoers. The sold out Starlight Theatre was a testimonial to that. Their set began with some oldies but goodies – “Adrenaline,” “Fly from the Inside” and “Diamond Eyes.”

One of the surprises was a rendition of “Creep” performed by bassist Eric Bass. Their set included the majority of their most popular songs. One thing lead singer Brent Smith does during the shows that is neat is he asks people to look to their left, look to their right and encourages people to introduce themselves to each other. He takes the time during the show to shake hands with the people he can get to as well as the security.

They rounded out the show with one of their new songs, “Cut the Cord,” followed by their cover of “Simple Man” then ended it with “Sound of Madness.” Shinedown brought their positive energy and put on a show worthy of seeing twice.