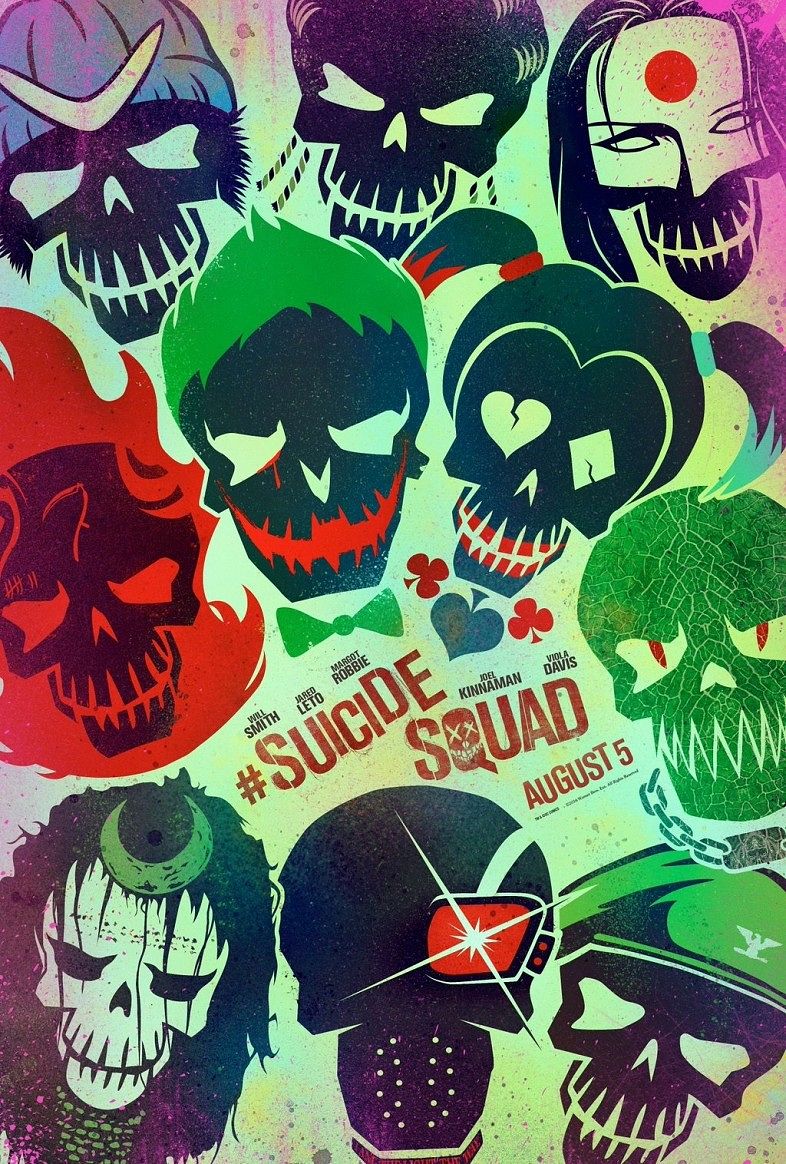 Welcome to the Suicide Squad: Exploring the life of a villain

The upcoming release of DC Comics’ “Suicide Squad” film has many people excited, and at the same time wanting to know more about the intriguing characters teased in the trailers so far who are relatively unknown to those outside the comic book realm.

Being one of the only movies, both animated and live action, to be centered on a team of villains rather than heroes, this movie has had quite the impact on social media. Due to comic books’ ever-increasing influence on the big screen, many people do not know most of the great stories the movies portray. The Suicide Squad has been getting a lot of attention for calling forth many unknown villains, and bringing forth questions as to what is the Suicide Squad and who does it consist of? Over the next week, CMN is giving its readers a closer look at each member that is to appear in the upcoming film.

In order to understand who is in the team and why they are there, a bit of history of the formation of Suicide Squad is needed.

Originally known as Task Force X, the Suicide Squad made its first appearance in “The Brave and the Bold #25” in 1959. A man named Rick Flag led a division in World War II called the Suicide Squadron and after a rough first mission, he became the lone survivor. After Flag died, his son, Rick Flag Jr., formed Task Force X. The team consisted of his girlfriend, Karin Grace, Jess Bright and Dr. Hugh Evans. The end result for the team was not the greatest, with Evans meeting his end, Bright being captured and transformed into a creature and the separation of Flag and Grace.

The creative team behind Task Force X consisted of writer Robert Kanigher and artist Ross Andru. The goal was for Task Force X to fight the monsters that the Justice Society of America could not, who had all but disappeared when the comic industry was being scrutinized for graphic content.

In 1987, the Suicide Squad was brought back as part of the “Legends” mini-series, however, the team had a completely different make up. The team consisted of Rick Flag Jr., Blockbuster, Deadshot, Captain Boomerang, Bronze Tiger and Enchantress. Brought together by Amanda Waller, a high-ranking government official, this team of volunteers worked together in order to reduce their sentence. Waller, not being the trusting type, fitted every member with an explosive bracelet that would detonate if anyone disobeyed. In their first mission the team defeated a fire elemental named Brimstone, with Blockbuster losing his life in the process.

Ever since that iteration of the Suicide Squad, many reboots and new teams have been put together in an attempt to take down high value targets, with the main concept revolving around villains being an expendable asset. Many villains have been a part of the suicide squad, including Captain Cold, Black Manta, Killer Frost, Harley Quinn and many others.

The upcoming movie’s version of the Suicide Squad will contain Harley Quinn, Deadshot, Rick Flag, Captain Boomerang, Killer Croc, El Diablo and Enchantress. Katana, an expert martial artist and swordsman, will also make an appearance, but is not being chipped with a bomb since she is not a criminal but rather a bodyguard for Rick Flag.

The Suicide Squad hits theaters Aug. 5. Visit CMN throughout the next week for biographies for each member of the Suicide Squad and the woman behind it all, Amanda Waller.