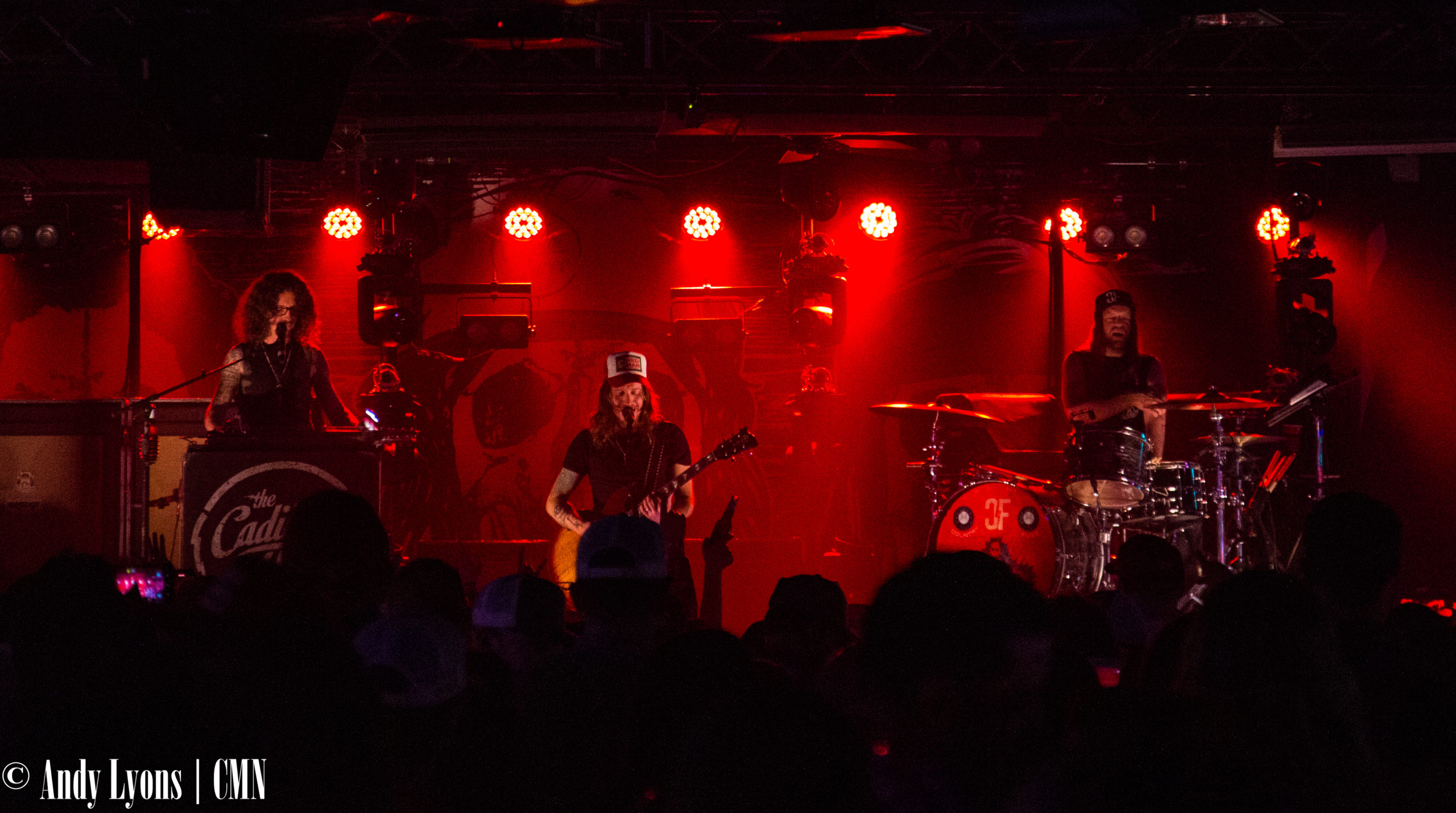 The Cadillac Three roll into Springfield in support of ‘Country Fuzz’

Country music trio The Cadillac Three rolled into Springfield, Mo., Saturday night as part of their tour in support of their upcoming album, “Country Fuzz.” The show featured support from Morgan Wade, who opened to a packed house at Midnight Rodeo.

The Cadillac Three played through a blistering 22-song set over two hours. The group went on at nearly 10 p.m. and the well lubricated crowd was ready for a rockin’ singalong. Throughout the set, frontman Jaren Johnston took time to chat with crowd, usually about the song the group would play next. Johnston’s Tennessee drawl and carefree nature invigorated the crowd throughout the night, inspiring an equal amount of cheers and drinks.

The crowd was primed and ready to party – with the doors opened around 7 p.m. and the group going on at 10, plenty of beverages were imbibed from the various bars within Midnight Rodeo including a full on rotating circular bar near the front entrance. There were plenty of Kansas City Chiefs fans decked out in shirts, hats, and jerseys throughout the Springfield venue and there was no holding back on the Chiefs’ trip to the Super Bowl the following day.

Musically, The Cadillac Three border the fine line between country and rock. Johnston’s vocals and guitar work coupled with drummer Neil Mason’s licks are definitely more southern rock, however, having Kelby Ray on the lap steel edges the band back into the country genre. Johnston’s writing credits include contemporary artists such as Keith Urban and Dierks Bentley, but TC3 are quite a bit more toward the rock end of things.

The group brought a powerful energy to the stage, but it never seemed like they were trying too hard. Set up with Ray on riser stage right and Mason on a riser stage left with Johnston in the middle, each member occupies their own space – and well considering two of them are seated.

Late in the set, the group played a cover of Jake Owen’s “Days of Gold” (written by Johnston and Mason). The evening started to wind down with “White Lightning,” and the group stopped playing and let the bar take the song – the fans had been getting louder and louder. It made for an amazing moment as Johnston held up his hand while the packed house took the song. The group finished the night with “The South,” an anthemic track that details life in the south – a solid stamp by the group that calls Nashville home.

Opener Morgan Wade kicked the show off a little slow, but picked up the pace and wowed the crowd by the end of her set. The diminutive singer has a voice reminiscent of the old days of country – like a Dolly Parton meets Janis Joplin. After several songs she peeled off a jacket revealing arms full of tattoos which only added to the mystique of her performance. Each song of her set became its own show as her guitar player Jamen Denton and bassist Johnny Sword evolved into jam sessions and solos. As the energy built, the crowd got more into each song.

The Cadillac Three are touring through March in support of their new album, “Country Fuzz,” which is due to be released Feb. 7. For more, follow them on Facebook here.