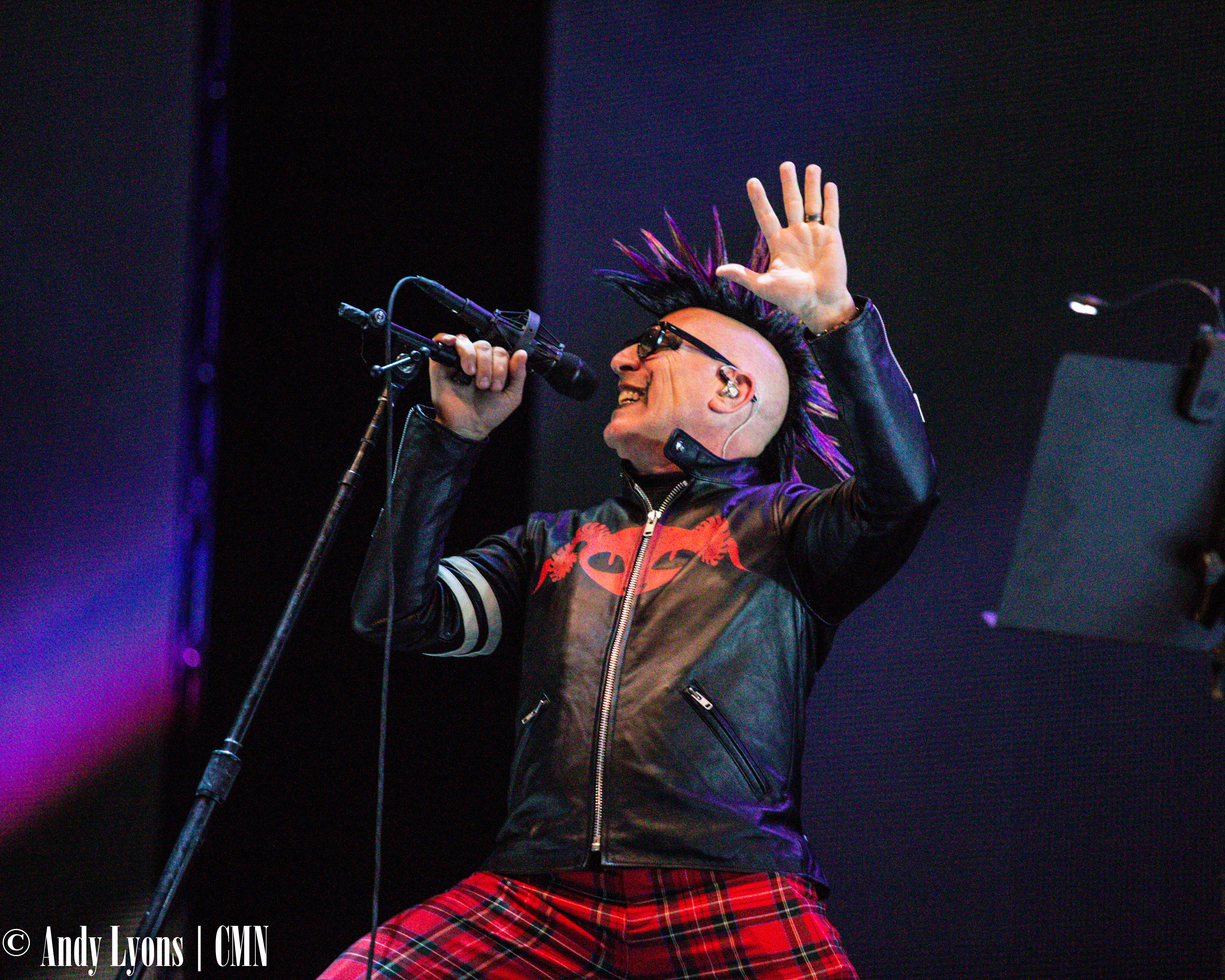 Fresh off the announcement their long-awaited album has an official release date, legendary rockers Tool played at the Sprint Center in Kansas City for the first time in more than three years. The sold out show was marked with special edition T-shirts and posters for the KC faithful.

The stage was complete with screens set up around the band, displaying everything from music videos for certain tracks, psychedelic colors in motion, and live footage of the group on stage. While vocalist Maynard James Keenan has never been known to pay too much attention to the crowd, he gave a shout out to Kansas City early on to a room full of cheers, then invited fans to finally take out their cell phones (which would have resulted in expulsion from the show early on) while the group closed the show with fan favorite “Stinkfist.”

Tool played tracks from across their discography. The setlist for the night included “Part of Me,” a rare track that was played for the first time live since 1998. The song was part of Tool’s 1992 EP “Opiate.” The crowd took part on tracks such as “Schism” and “Vicarious” and drowned out Keenan at times.

While Keenan’s haunting vocals kicked off “Parabol,” it was the perfect primer for the crowd before the band exploded into “Parabola,” both from 2001’s album “Lateralus.” Each member was given time to shine, with solos from guitarist Adam Jones and bassist Justin Chancellor. As the group returned from a 12-minute intermission – complete with a countdown timer on a curtain over the stage – drummer Danny Carey got the crowd on their feet with a combination solo of drums and synths.

The combination of lasers and videos made for a truly immersive experience. While Tool hasn’t really changed the game, as evidenced with new tracks “Descending” and “Invincible,” it’s doing what they do best that grips fans. Each song is a journey, and Tool takes the crowd with them as tracks devolve into jam sessions littered with off-timing bits and Keenan’s vocals lend an etherealness that sends the music over the top.

Tool finishes their U.S. tour at Chicago Open Air this weekend and head to Europe for most of June. Their new, yet-to-be-named album is slated for release Aug. 30. For more, follow Tool on Facebook here.