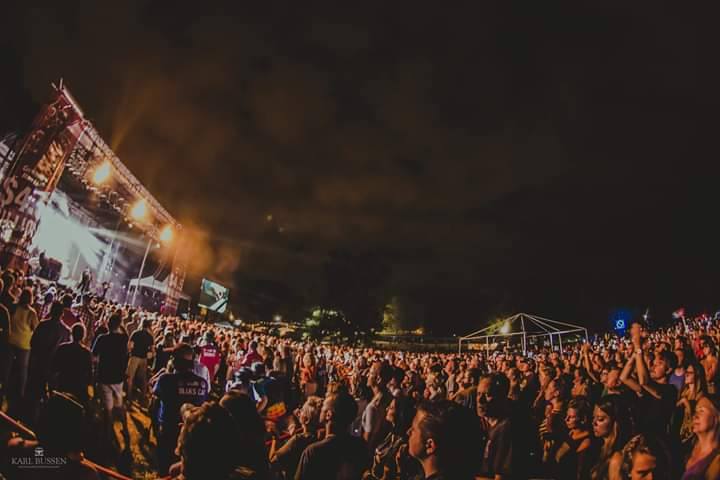 A new music documentary focusing on the Columbia, Mo. region is on the way from self-taught videographer and photographer Karl Bussen. He founded his own company, Bussen Productions in 2015.

The documentary will have an emphasis on community connectedness and the personalities and emotions behind the music.

“There’s a lot of stuff happening in Columbia, Columbia is a very incredible space,” Bussen said. “A lot of people move away to go do something. They don’t realize it’s all here. They can make something amazing here. If it’s already here, they can build off that.”

Columbia also has an active, established music scene, with a variety of genres represented and more than a few venues. The Blue Note, located in the heart of downtown is the big room in town. A number of smaller venues that also host live music are sprinkled throughout the city, such as The Eastside Tavern, Cafe Berlin and Rose Music Hall.

When asking around about how the fundamental foundations of a music scene in CoMo were built, the name Richard King often comes up. He was the original owner and operator of The Blue Note, which opened in 1980, originally located on the Business Loop in north Columbia before changing operations to its current, longstanding downtown location.

In the 1980s, R.E.M., Red Hot Chili Peppers, Black Flag and the Pixies all came through Columbia, playing The Blue Note. Bands that are now revered as icons of alternative rock played a college town in the middle of Missouri decades ago while getting their start.

Bussen was able to soak up a sense of scene history when interviewing King for the documentary. As some of the voices who helped shape the CoMo music scene early on will be included in the documentary, a focus on what is going on in the present is poised to be more prevalent.

“Now is a great time to shoot this documentary because there a lot of things happening right now, like Roots N Blues,” Bussen said.

Roots N Blues N BBQ Festival is an annual music festival that takes place in Columbia at Stephens Lake Park, this year scheduled for Sep.27-29. It’s a large scale event that draws attendees from within the region, as well as those who have  traveled long distances.

It’s not the only festival of note in Columbia. In April, a smaller festival, “Local Fest,” took place at Rose Park. It was an all afternoon into the night festival compromised solely of local Columbia acts, Violet and The Undercurrents, Loose Loose, Catdaddy’s Funky Fuzz Bunker Band, January Lanterns, OK Samaritan and many more.

Bussen was in attendance at Local Fest, with his camera, capturing video footage. The day after the festival, a brief montage/sample collection of some of the footage was put on the Facebook page for the documentary project, as a way to show continued development.

Displaying development via social media helps get the word out. Bussen created this project as a community-centered project, including an online dropbox, where those who have pictures or video footage related to the Columbia music scene can submit them, giving potentially anyone the chance to participate.

Bussen’s community focus doesn’t stop there. Along with footage of bands and musicians and interviewing promoters and club owners, he’s also shooting testimonials from fans, the showgoers. At the fourthcoming Roots N Blues festival, Bussen will have a tent set up in which festival attendees can give testimonials to be video recorded.

Bussen is not working alone on the project – he’s partnered with Korbin Stone and Jeff Blumer. A conversation took place about a year and a half ago in which Blumer expressed an admiration for Bussen’s work, in which Bussen suggested Blumer get involved.

Blumer’s background is that of a musician, growing up in Columbia loving music. “I used to read every word of the bands I liked,” Blumer said.

He admitted he was shyer when younger. He graduated high school in 1996, and the same year he headed to Warrensburg, Mo. to attend what was then Central Missouri State University, since renamed the University of Central Missouri.

While going to college, he got involved in making music and did vocals for a metal band called Mechanism. Upon returning to Columbia in the early 2000s, Blumer continued making music, with Ghost in the Machine, a metal band, and Tipl3 Crown, a hip-hop group.

Blumer acknowledges the diversity of sounds in the CoMo music scene, but he’s also of the mind that more could be done to forge greater connections between genres. While Blumer came from the background of a music fan turned musician, he had a love of skateboarding and grew up around musician friends and going to shows.

Bussen points to parallels among his passions.

“I grew up skateboarding, I didn’t really study,” he said. “I just skated. I get absorbed in my own space, and I kind of pay attention to what’s going on elsewhere, but there’s a lot of me just cruising through life in my own space. Skateboarding, I do a fakie big spin kickflip off a set of stairs and land it, I get the same adrenaline when I take a photo where it’s just like a banging photo.”

Bussen hasn’t announced a tentative release date for the documentary nor a title.

“We want to kind of create this experience and this journey for people to kind of follow,” Bussen declared.

Both Bussen and Blumer anticipate a positive local response once the documentary is released.

“We really do have something,” Blumer said.