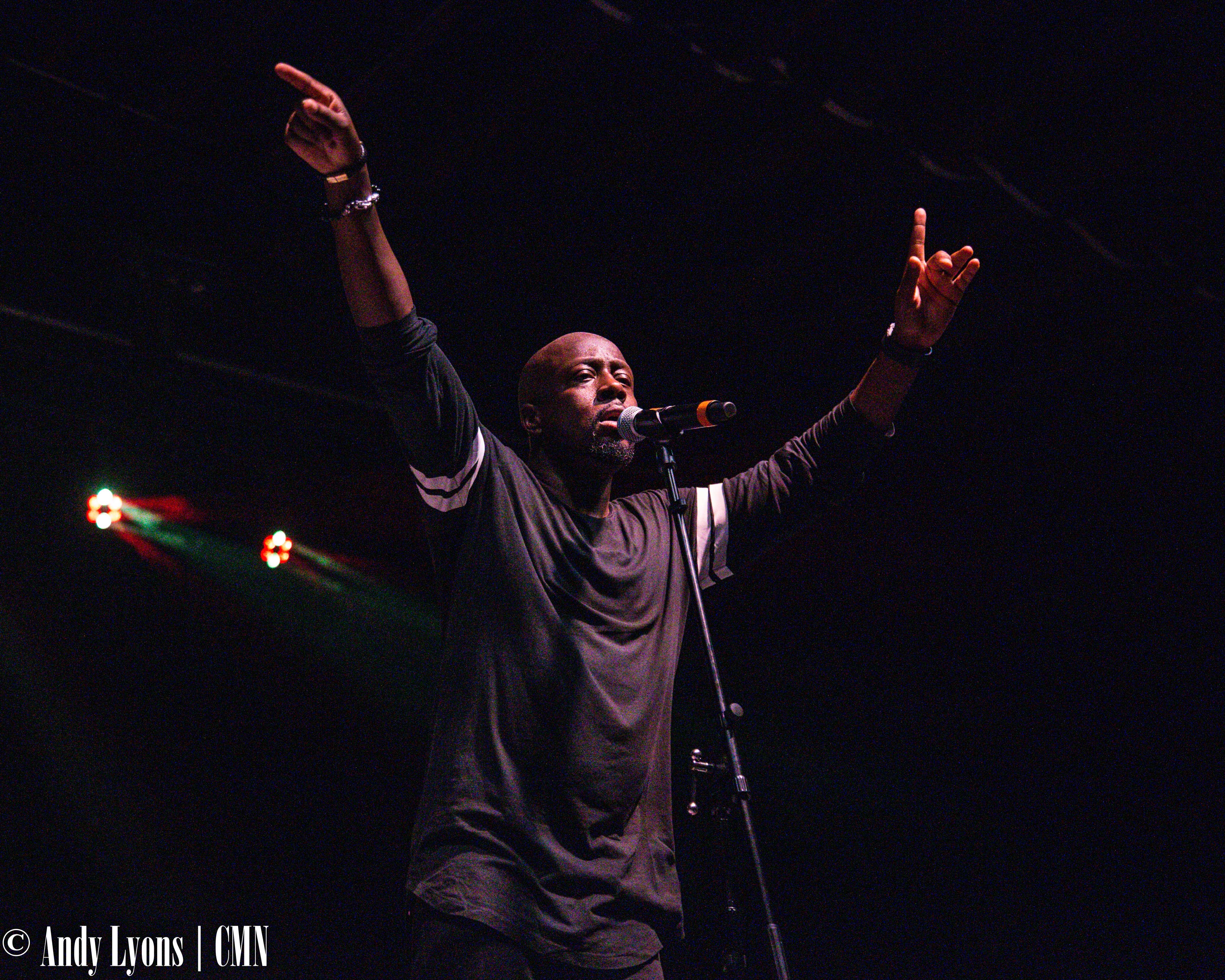 Few artists have had the ability to transcend multiple generations of music. Names such as Michael Jackson, Madonna, and Taylor Swift come to mind. Grammy Award-winning artist Wyclef Jean might not seem like someone on that list, however, as a founding member of the Fugees with more than 20 years in the industry, Jean has done it all.

His accolades include a dynamic solo career as an artist, musician and producer, working with the likes of Shakira and Carlos Santana, to being sampled by some of today’s hottest artists such as DJ Khaled and having a song named after him by Young Thug.

Jean kicked off the fall leg of The Carnival Tour 2018 at Crossroads KC, the open air venue attracting a diverse crowd on a cool Friday night in Kansas City. Clef hit the stage with R&B newcomer Jazzy Amra to a raucous applause from the crowd.

With a set that spanned the entirety of his career, Clef consistently had the crowd wandering down memory lane – he opened with The Fugees hit song “Ready or Not,” with Lauryn Hill’s vocals playing from a track. Later in the set he played “Killing Me Softly” on a keyboard with the crowd taking primary on the vocals.

Clef also played some classics from across his solo career, donning a guitar for “Gone Till November” that evolved into a guitar solo, which may or may not have had some country chops alluding to his upcoming country album “Caribbean Cowboy.” The solo evolved into paying homage to Jimi Hendrix as he played his guitar over the back of his head and using his mouth to strum.

There were also a fair share of remakes and covers, from “We Trying To Stay Alive” featuring a sample from the BeeGees, Bob Marley’s “No Woman, No Cry,” and more. The artist, who is no stranger to using music as a political voice, performed the haunting track “Hendrix,” a social commentary about growing up in poor conditions and ending with a “life matters” verse highlighting groups from “your life matters” to “black life matters” to “police life matters” to “human rights matter.”

Jean also used the stage to comment on his career, joking that the crowd better be loud and not cost him any YouTube views, noting his current popularity because contemporary artists sample his music so it’s like he’s gaining popularity for the first time.

AY-Musik kicked the night off with a high energy set that included frontman AY hopping into the crowd to bump knuckles and finishing his set by climbing on top an out building near the stage. Opening acts are supposed to set the tone for the night, and AY did not disappoint.

His backing band included a guitarist, bass player, drummer and two back-up dancers. AY got his start on X-Factor in 2012 and has taken his “Battery Tour” all over the country getting crowds ready for headliners such as Shaggy and T-Pain.

Blackalicious kept that momentum going, with Chief Xcel’s beats and Gift of Gab’s rapid-fire delivery whipping the crowd into a frenzy. Throughout their set, Gab’s raps had fans screaming in glee as he continuously spit tongue-twisting syllables.

The ability to captivate an entire crowd is one in a million. If Wyclef’s 20-plus years in the industry are any indication, artists such as AY have a home on stage as long as they keep fans into it. As summer quickly fades into fall, Crossroads KC made for a perfect venue to catch a living legend in the flesh.

View our interview with Wyclef Jean regarding his upcoming projects, “Wyclef Goes Back to School” and “Caribbean Cowboy” by clicking here.