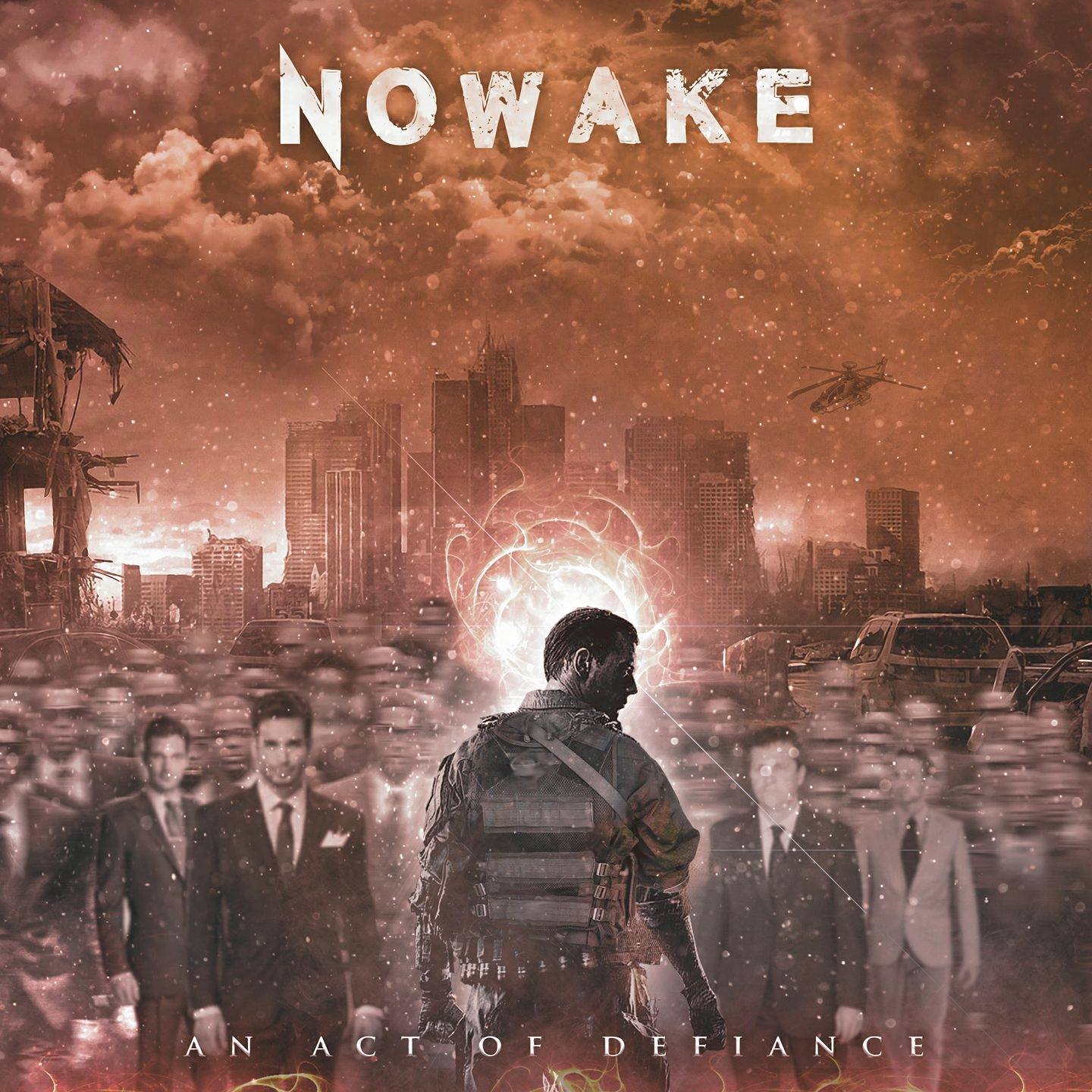 ALBUM REVIEW: “An Act of Defiance” hits its stride late for NOWAKE

The latest from Hannibal, Mo.-based rock outfit NOWAKE drops Friday, May 5. The album, titled “An Act of Defiance,” is the follow-up to 2014’s “Getaway.” The four-piece is made up of founders AJ Allen on drums and Sean McHargue on guitar along with Mark Kempker on vocals and Ben Spurgeon on bass.

“An Act of Defiance” is a six-song EP, produced by Scott Donegan of Sonic Occurrence Studio based in New London, Mo. The current lineup has been playing together since 2010, getting their start playing cover songs with originals mixed in during shows.

The new EP has a lot of ups and downs, a rollercoaster ride at its core. McHargue told CMN the band pulls from personal experiences for motivation behind each song.

“That helps us to perform with genuine feeling and emotion when we play them out live,” he said. “With that being said, we love to hear from friends and fans when a certain song hits them in a way we never saw coming. To me, that’s what makes music so great. You can listen to a song and love it for the guitar riff, the drums, or whatever and to another person it’s a personal connection to the lyrics. Maybe it’s where they were (either physical location or a place in their life) and the song served as an anthem for them during that part of their life.”

The EP kicks off with air raid sirens and comes screaming with “Redline,” with a great opening riff that has a nice groove to get the album moving. The vocals come in and are quite off-putting compared to the music. Kempker has a vibrato that doesn’t quite match the heavy sound the band is pushing behind him. Lyrically, McHargue said the track is a tribute to people who live life to the limit.

The second track, “Incipient,” comes off with a low-tuned guitar and kicks off as a cry for help. The slow intro really adds depth to the song before Allen’s drums thunder in and the song hits its stride. The song stands on the edge of mania with its ups and downs. McHargue said work on the track began about a week before his brother died of a heroin overdose.

“Once we got through that ordeal and got back to the practice space to work on the new songs, this song took on a new meaning for Mark and I,” McHargue said of the track. “Since Mark (Kempker) is my cousin, he could feel the obvious connection to the lyrics and (my brother) Collin’s darkest days. He had been through some pretty deep valleys in his life and the song sort of reached a new level following his death.”

The song features a chill-inducing breakdown with a 911 dispatch call dubbed into the track. Distortion on the guitar work gives the song a deeper feel while the vocals hit the mark as Kempker sings “Save me.”

“Defy” feels like a throwback to ‘80s power ballads from the opening. The vocals take a step back with Kempker’s vibrato feeling in constant competition with the heavy sound. The song will be killer live, with a strong beat and amazing guitar solos.

NOWAKE really hits its stride with the back half of “An Act of Defiance.” The fourth track, “Midway,” sees the group firing on all cylinders with some simple work and lyrics that really paint a picture the listener can latch onto. For the first time, Kempker’s vocals meld really well with what’s played behind him. Lyrically, the song is about self-induced problems, but the track comes together really well. Spurgeon adds some vocal work, really thickening up the chorus and giving the vocals a depth they haven’t had the rest of the album.

The group kicks it into high gear for “Deviate,” with the axe-work setting the tone early. Vocally, the song continues where “Midway” left off. The band had George Cate make a guest appearance on the track and his harmonies really help Kempker’s vocal work meld into the music. The track’s lyrics are about standing up and deviating from the norm. This is the song that really reels in listeners, with a solid rhythm that gets heads bobbing.

The closing song of the EP, “Gone,” is the bread and butter track. The group featured Austin Birkhead on the acoustic guitar and jams the most complete song of the album. McHargue said he wrote the song in 2014 while spending 11 weeks going through the Columbia, Mo. Fire Academy. Centering on the acoustic and coupled with some power chords on the electric, the track truly hits the mark. McHargue wrote the song’s lyrics as a tribute to those who leave their families to serve a higher cause, such as military, police, and firefighters, and it really works. The solos and breakdowns really show the band’s talent, especially with such a drastic change from the rest of the album.

“An Act of Defiance” shows NOWAKE making progression as a band across its six songs. For a group looking to emerge from northeastern Missouri and make its mark as a regional or national act, the album shows it’s important for a band to find its sound. Kempker’s vocal style is great, he definitely has talent, but it doesn’t meld well with some of the earlier tracks. The EP gets better as it goes on, but “Redline” could be a turnoff for fans searching for heavier music.

The last three songs on the album show a true progression and maturity to the band, with all members coming together to produce great music. The EP is worth picking up and jamming to, with something for everyone with its highs and lows.

The album will be available through most digital retailers May 5. An album release party is planned for 7 to 11:30 p.m. May 13 at the Mark Twain Brewing Co., 422 N. Main St. in Hannibal. Follow NOWAKE on Facebook here.

Check out “An Act of Defiance” on Spotify below: