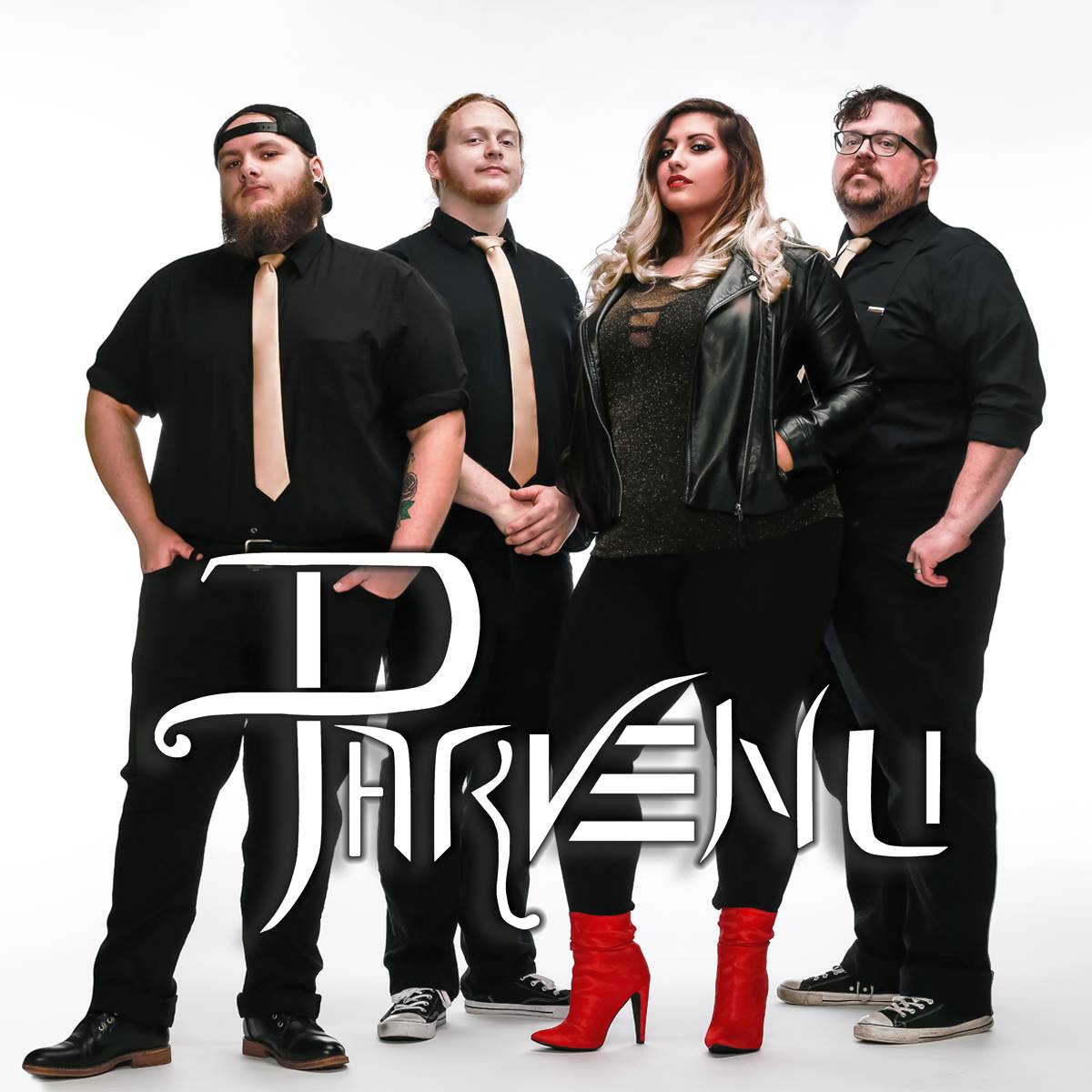 When Parvenu hit the Kansas City music scene in June 2018, the group rose out of relative obscurity and planted a flag. Since its inception, the group has played gigs all over the KC metro and capped off 12 months together with their EP, “Not for the Faint of Heart.”

Drummer Taylor Mead connected the group, starting with a jam session and coming together to form Parvenu. The group’s name, which means a person of obscure origin who has gained wealth, influence, or celebrity; wasn’t the band’s original name.

“We originally we going with another name ‘Rock Bottom Climbers’ but it was not really doing it for us,” guitarist Thorin Pierce explained. “So our bass player Ryan Sloan went searching for words with similar meaning. Rising from nothing, overcoming, etc. So Parvenu came to be.”

In the buildup to the EP release, the group had one of the songs played on 96.5 The Buzz’s “Homegrown” radio show and cracked 1,000 likes on its Facebook page. Having so much attention leading into the release meant a lot to Parvenu.

“It’s honestly been fantastic,” Pierce said. “The amount of support we have received thus far has been almost overwhelming. We all are very dedicated to our craft and to hear something we all worked together on get shared to the masses like that is a dream come true. We hope this is only the beginning to something great!”

Pierce said the group recorded “Not for the Faint of Heart” at Avenue Record Company in Grandview, Mo., with Matt Richards.

“It was a unique experience because his method is to record drums last instead of first,” Pierce said. “Something we have not tried before but cannot argue with the results. It turned out fantastic! Matt is also a very relatable person and made us get into our comfort zone. This is essential to get the highest quality product possible, and he knows it.”

The titles of each song on the EP really set the tone for what the album is – a straightforward look at Parvenu. Pierce explained that when it came to naming the title track, “Find My Way,” and “Slice of Heaven,” there wasn’t much beyond the title.

“’Not for the Faint of Heart’ just sounded like a cool song title,” he said. “Normally our vocalist Rachel McMillan writes all the lyrics and then pulls a song title from (them). ‘Find My Way’ and ‘Slice of Heaven’ has the same story really. As of now, we don’t normally go for ambiguity in our song titles.”

The EP itself is a primal display of sonic power Parvenu delivers with a punch. While only three songs, there is enough variance to show the group isn’t made up of one-trick ponies. There are a lot of highs and lows, and McMillan’s vocals really shine, but it doesn’t stop there.

The title song kicks off with a slow roll drum with the bass and guitar igniting the track and sending it to McMillan whose vocals quickly become the centerpiece. But it’s the subtleties that make it really great. The guitar work shines through “Not for the Faint of Heart,” with a breakdown at about halfway through that pays homage to so many greats of days gone by. Throughout the song, it seems as if there’s an organ under the music but Pierce explained it’s a bit trickier than that.

“It actually is something we call the Bjorgan,” he said. “Our bassist Ryan Sloan pioneered that sound using various effects with his Line 6 Helix (an effects processor), adjusting the sound of his bass guitar to sound like an organ. We collectively wanted just a rocking type of song. The guitar solo was inspired from some of my idols, Joe Satriani, Steve Vai, and really wanted something smooth and sweet. With many of our songs, we really work as a band to polish up a song to help elevate it to the next level. We don’t really have one single person bringing everything to the table.”

The next track, “Find My Way,” again kicks off with the music in high gear. McMillan’s voice really shines, her vocal range giving the song a sense of versatility while the lyrics really dig into the struggles one faces on the journey of life. The Bjorgan again comes through and gives the song kind of a dirty, bluesy feel, which Pierce said the group was aiming for when they put it together.

“Rachel actually started off with a melody, and then I wrote some chords to go along with it,” he explained. “Ryan and I got together to write something that really allowed Rachel to showcase her abilities. We all felt a heavy soul feel to it. A band we collectively were influenced by was Monophonics. They have a great soul and blues thing going for them, and we wanted some of those vibes in something of ours.”

The third and final song of the EP, “Slice of Heaven,” has a great wholeness to it. The roaring guitars in the intro again show some influence from the ‘80s and McMillan’s vocals coupled with Pierce’s guitar work seem to emulate Halestorm. The lyrics relate to the journey on the highway of life, and the song is the perfect soundtrack for the drive. The song was the first the group wrote together but almost didn’t make it to the EP.

“Rachel had the ‘Woahs’ melody originally and we added on from there,” Pierce said. “’Slice of Heaven’ really created the formula of what makes a Parvenu song. However, we almost scrapped this song because it took us almost three months to write it. We actually finished two other songs before this one was completed. Happily, we figured things out and we couldn’t be more proud of the final product.”

Parvenu hits the road next month with a show at Vaudeville Mews in Des Moines on March 30. “Not for the Faint of Heart” is available through most digital music outlets. Listen to it below via Spotify. For more on Parvenu, follow them on Facebook here.