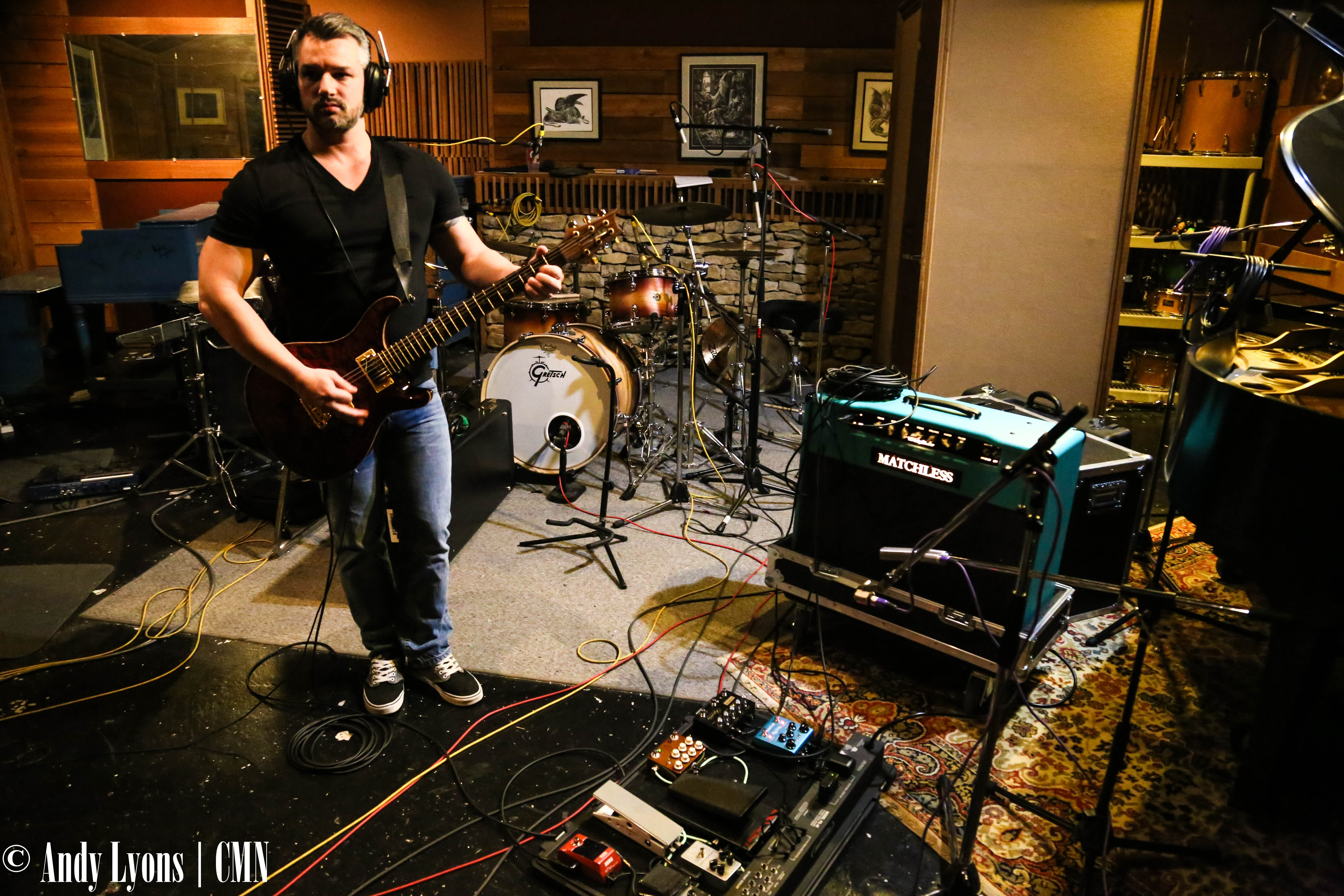 The advent of the digital age has impacted the music industry in a multitude of ways. From distribution to production, the way albums are made and bought is completely different than it was 20 years ago. Kansas City rockers Green River Kings are experiencing that change firsthand as they work on their new album, a follow-up to 2014’s “Heavy Hangs the Head That Wears the Crown.”

With a new lineup that includes Andrew Williams on vocals and guitar, Justin Galluzzio on lead guitar, Tony Alvarez on drums and Clay Johnson on bass, the band has opted to independently produce the album, working with engineer George Hunt at L.A. Audio in Olathe, Kan. The group has been paying for studio time with earnings from album sales, merchandise, payouts from live shows, and dipping into their own pockets but has exhausted those funds. Last fall, the group made the decision to launch a crowdfunder to help cover expenses and turn to their fans, affectionately known as the GRKingdom, to help finance the album.

It wasn’t an easy decision for the band to ask their fans for help, but one they reached out of a necessity to fund the album. They also found it to be a unique way to get fans involved with perks.

“Part of me hates to ask for money more than anything, but I also know that if you don’t ask then you won’t ever know who could help,” Johnson said. “It’s such a great feeling to know that people are behind us and supporting our endeavors. And not just our moms either!”

The idea to include perks came as a way to give back to those who financially support the group, using items ranging from stickers, buttons and T-shirts to one of Alvarez’ Soul Tone Splash cymbals signed by the band as well as one of Williams’ Les Paul guitars.

“We based the prizes off what we thought we would like to get as a fan,” Galluzzio explained. “We are basically giving back what they would be investing in – albums, time with us and memorabilia. I know I would be stoked for the opportunity to spend time with the band that I love listening to. At the end of the day, we are just music fans ourselves and who doesn’t hold that signed album or pick they caught at a concert with pride.” 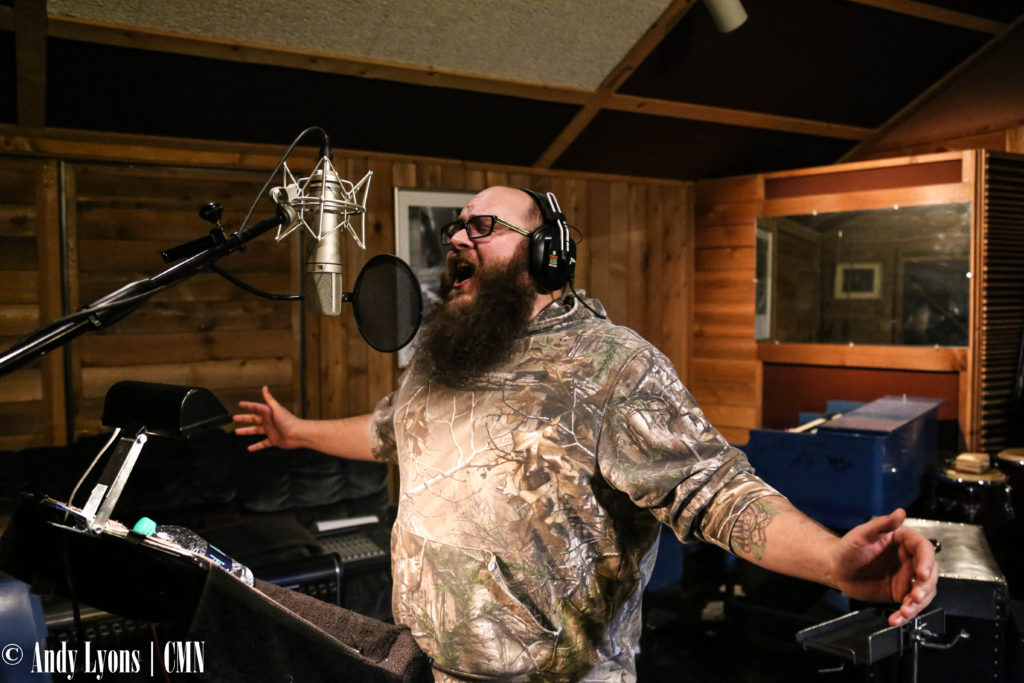 GRK frontman Andrew Williams get into some vocals for the band’s new album.

The group never stopped writing after “Heavy Hangs,” and some of the content that will be released on the new album has been part of their live set for quite a while, most notably a track called “Danger.” During an interview with CMN in July, Williams said the song was about two weeks too late for the first album. The new album looks to be 10 songs, and includes an intro, an outro, and three musical skits.

“So, we are looking at 15 total tracks,” Williams said of the yet-to-be-named album. “I’m really glad that ‘Danger’ didn’t make it on the first record, it wouldn’t have reached its full potential. It’s a powerful song and I don’t think that would have showed through if we had rushed it.”

While “Heavy Hangs” wasn’t meant to be a concept album, Williams said there were some themes apparent and the track order of the album creates a story of someone who loved, lost, went into a downward spiral and then overcame demons to get back on top. The new album, which Williams said he hopes to title “Exodus,” also has some heavy themes of overcoming obstacles.

“This new album seems to be more of a departure into battle,” Alvarez said. “Almost a war cry. Things are falling apart and are in a kind of chaos. I think we just wanted this album to have a little more kick musically. We wanted a grittier, darker tone.”

Production of the new album has been a journey. Hunt, who worked with the band on the first album, is referred to as the fifth member of the band. Hunt’s demeanor in the studio gives the band a laid back environment that seems to help them get in the zone to create the music more fluidly. Galluzzio said the atmosphere Hunt creates helps the band accomplish a lot in their studio sessions. 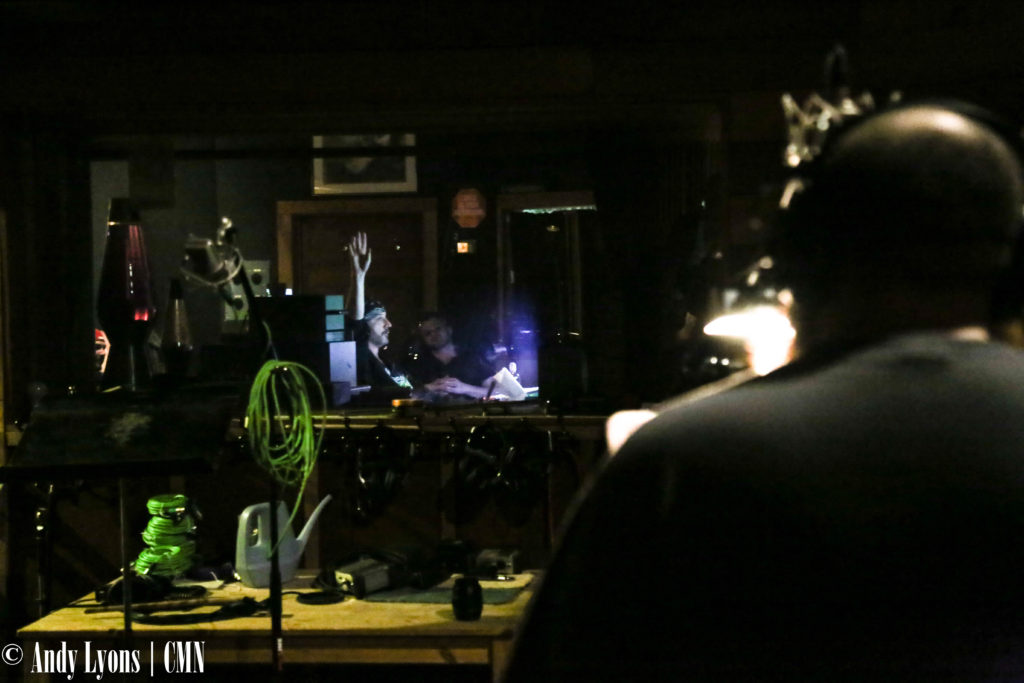 GRK vocalist Andrew Williams is counted into a song by engineer George Hunt.

When it comes to crafting the songs that appear on the new album, the group doesn’t necessarily have a formula to bring them to fruition.

“Honestly, it’s a complete craps shoot,” Williams said of the process. “Sometimes one of us will bring a riff to the table, other times I have a nightmare that I can’t remember and wake up for a song to literally pour out of my head. Not to mention the fact we each have our own ‘methods’ when it comes to writing and we all bring it together. It’s really magical, sometimes we just jam for 13 minutes non-stop, swapping leads and rhythms just to keep ourselves creative. That being said, it’s never like a one-day thing and the song is done. The song isn’t done until it’s been recorded, and even then, it’s not in stone!”

With the second album, there is still plenty to do before it’s finished. Johnson said the process so far has been steady and well thought out, and cuts have been made for good reasons and the length is very cohesive. Most of the instrumental portion of the record is finished, so there are vocals left to record. The GoFundMe campaign will help cover the costs of mixing and mastering and then distributing the album once it’s ready.

“It’s been super cool to have people donate the money they have earned to us,” Williams said of the response so far. “I mean, this allows us to pursue our dream and each person that donates is saying that they believe in the message we are spreading, they believe in us, and they are willing to give to us so that we can continue to do what we love. How much more powerful of a message can you give to someone? ‘I believe in you, you can do it.’ It’s so awesome.”