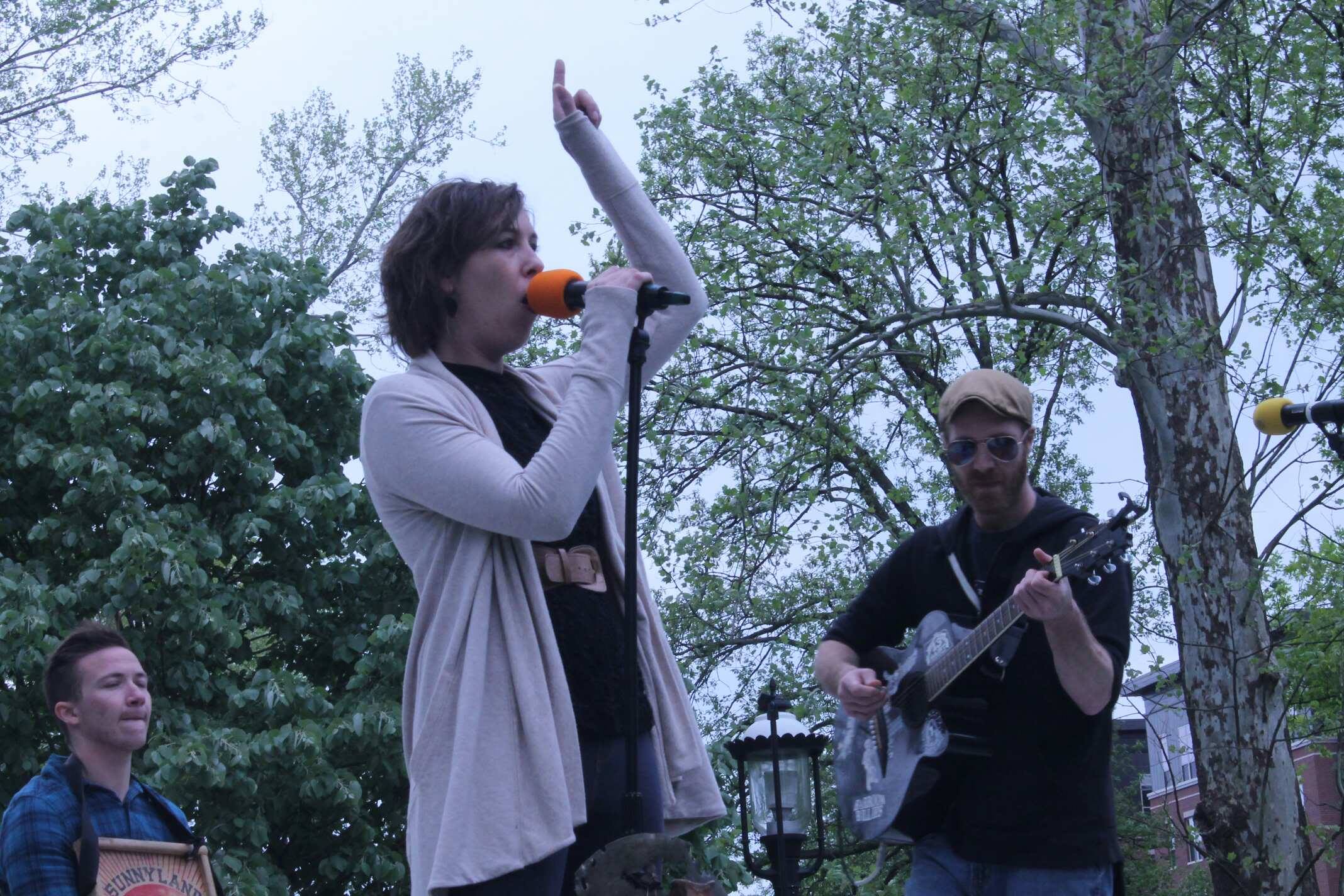 The Barroom Billies rock the roots

Although a thriving music scene exists in Columbia, a singular, definitive regional sound can’t be found in the area.

That scene includes Don’t Mind Dying, Catdaddy’s Funky Fuzz Bunker Band, Loose Loose, The Many Colored Death, Violet and The Undercurrents, and more. In sound and style, the aforementioned bands are more dissimilar than they are similar, but they can end up on the same bills together.

One band that stands out in Columbia is The Barroom Billies. It’s hard to put one label on their music when many elements are blended together.

Much of it sounds and feels like country music of yore yet possessed by a punk rock heart and spirit. Somewhere in between Black Flag’s “Six Pack” and Hank Williams Jr.’s “Whiskey Bent and Hellbound” falls The Barroom Billies.

The driving force behind the band’s existence is JT Schnakenberg, song writer, guitarist, banjo and backing vocals. He landed in Columbia about 10 years ago, playing solo as “Outlaw JT.” Around 2011 came the Rotgut Ramblers, a trio he’d put together that played revved-up rockabilly.

Schnakenberg wanted to expand beyond a one-man band performance.

In 2015, Rotgut Ramblers came to an end, and Schnakenberg was left to start over, forming The Barroom Billies.

“Barroom Billies came around with me just wanting to be done with ‘oh well we’re not getting paid enough, we’re tired of playing with these same bands and the monotony of playing in the same venue and people complaining about it.’ I was totally done with all of that,” Schnakenberg explained. “We’ve   completely stepped off the path of music.”

After the collapse of the Rotgut Ramblers, the emergence of The Barroom Billies was a back-to-basics venture for Schnakenberg, initially starting out as a two-man duo made up of himself and Ryan Nye with a kick drum, guitar and washboard.

“We pretty much just did cover songs while I wrote songs,” Schnakenberg said. “We covered some David Allan Coe, some George Jones. It was old country, but instead of doing it that primarily country style like they did, I sped it up about half time. Then I had a set, 10 to 12 songs that we played, was primarily covers and some old Rotgut Ramblers songs, because I wrote all those, too. Then it was like, all right, well this is actually kind of fun, and then I started writing music for Barroom Billies, and slowly, gradually it became now we’re all original.”

In 2016, a crucial component concerning The Barroom Billies came along as Heather Wilson took the reigns as lead vocalist. Schnakenberg said this came into being due to Jody Hendrix of the Kansas City, Mo.-based label Little Class Records suggesting Schnakenberg find a female vocalist.

“When he (Schnakenberg) was doing the Rotgut Ramblers, he had decided that maybe he would try to switch over to a female vocalist, and that was a little bit too fast for me. I couldn’t sing it, I was just going to yell it. I liked the upbeat part of it, but it wasn’t it for me,” Wilson commented. “When he started The Barroom Billies, he got hold of me again and said, ‘hey, I think these songs are a little bit more your style.’”

After a few years of honing their craft, The Barroom Billies are now a fixture of the Columbia music scene. Sunday, April 28 saw the band on stage at an Earth Day festival at Peace Park in Columbia for a 20-minute set before rain began.

Though firmly attached to CoMo, Wilson and Schnakenberg look to extend beyond the local.

The Barroom Billies went on a brief tour last summer, including a few out-of-state shows in Iowa, Michigan and Nebraska. Previously, their road shows had been travels to other parts of the state, ranging from Jefferson City to Kansas City. Limited touring comes from limited funds, though Schnakenberg expressed the desire to tour more often.

“Kansas City has been really good to us,” Schnakenberg said. “We don’t really go too far.”

Two albums have been recorded and released, the first being “Tonight I’m Gonna Drink” and the second album, “Lights Out,” released prior to last summer’s tour. Both Wilson and Schnakenberg spoke about a contrast with the two albums.

“The second album sounds more studio quality,” Schnakenberg said. “B.C., from Don’t Mind Dying, I gave him a CD, and he messaged me a couple days later and he was like, ‘it sounds like you guys are playing in my bedroom right next to me.’”

The Barroom Billies have had their music distributed via ‘Merica Records, a label and collective founded and operated by Matt Alvarado, a Kansas City musician who’s been in a plethora of bands and music projects.

Alvarado’s connection with Schnakenberg extends back to the days of their youth. As teenagers in Warrensburg, Alvarado and Schnakenberg played in the punk band Dynamo.

Alvarado said his draw to the music of The Barroom Billies was its authenticity, saying he believes the band is nailing a roots country sound perfectly.

“It’s like what a lot of people do, but they are doing it better,” Alvarado said.