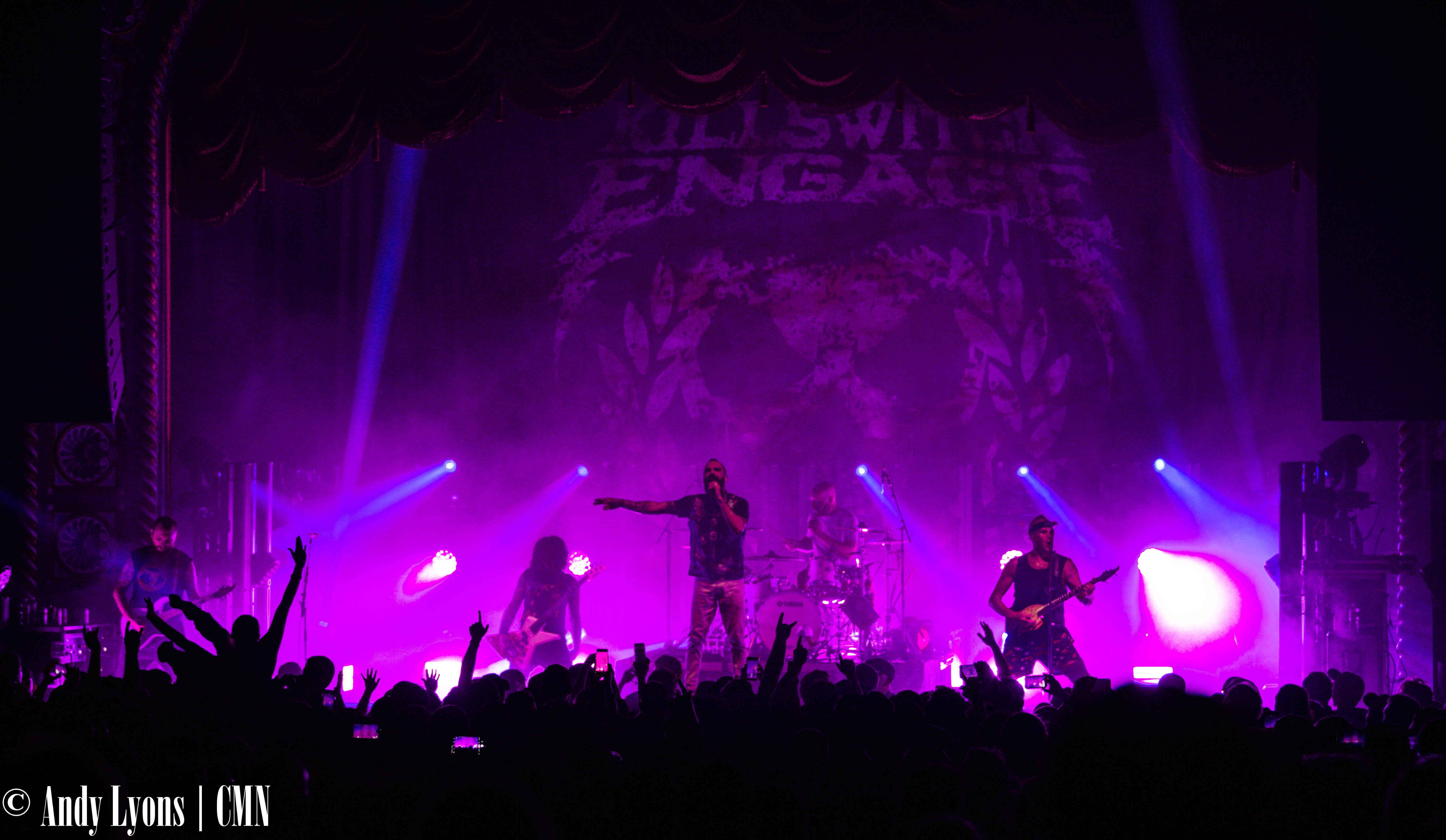 Opener After the Burial got things started early, with frontman Anthony Notarmaso prompting the crowd into circle pits and taunting them to crowdsurf to the front. The group went on relatively early at 6:45 p.m., but fans were primed and ready. As the group’s sonic assault continued, the crowd moshed harder. Notarmaso’s stage presence was echoed from the floor – as he jumped and beckoned the crowd to do the same, they wasted no time hopping as the group jammed on.

As co-headliners, KSE and Parkway Drive have been swapping closing duties and Tuesday was Parkway Drive’s turn to end the show. However, KSE went right to business opening the show with the intense track “This Fire Burns” and following it with fan favorites “Rose of Sharyn” and “End of Heartache.”

KSE’s light show was only matched by the energy the front four put out. Vocals are split between frontman Jesse Leach and lead guitarist Adam D and the group stays true to its metalcore roots, with the pair trading between beautiful harmonies and visceral screams. The energy put the crowd into a state of ecstasy; the majority of the floor was either a mosh pit or peppered with crowdsurfers.

About halfway through the set, KSE played the intro to hit song “My Last Serenade” and the entire Uptown sang the hook. Leach left it to the crowd and throughout the track had them singing it as the band played on.

Parkway Drive kept the momentum going strong. The group hit the stage with a wall of sound and insane strobe lights that whipped the crowd into a frenzy. Vocalist Winston McCall made it a point to keep the crowd involved, eliciting cheers when mentioning Kansas City.

Throughout the set, the floor was a mass of tangled bodies as multiple mosh pits combined into one and the stream of crowdsurfers only intensified. The crowd joined McCall in singing fan favorite “Carrion,” and as the set went on it seemed as if the intensity only continued to rise.