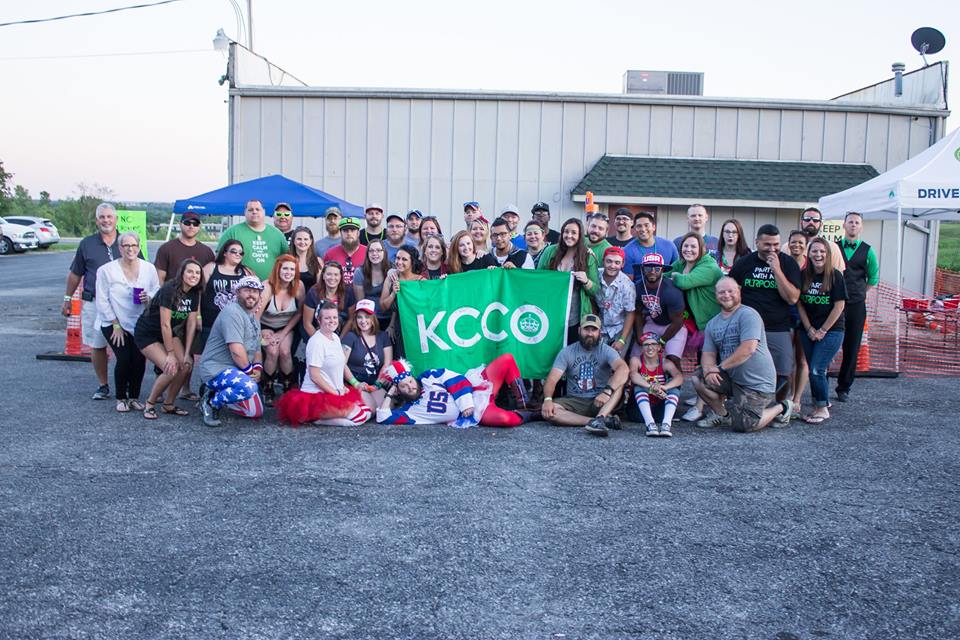 KC Chives On raises more than $4,000 at Summer Meetup

There’s nothing like having a party with your closest friends, listening to a DJ all night and playing games such as beer pong and egg Russian roulette, all in the name of charity. Kansas City’s chapter of theChive, known as KC Chives On, raised more than $4,800 to go to Chive Charities during its Summer Meetup hosted July 1.

theChive is one of the biggest entertainment websites in the world, featuring galleries of photos that fall under one of three common Chive themes – humor, hotness, or humanity. Chive Charities is the 501(c)3 developed to build upon theChive’s desire to highlight humanity.

The website is known for hosting flash campaigns to raise money for first responders, veterans, or children with terminal illnesses – all people theChive refers to as the underdogs. After launching its charity arm, followers of theChive.com, known as Chivers and Chivettes, banded together creating local Chapters, not only to assist in the Chive Charity flash campaign efforts, but also to build local communities of like-minded individuals who are dedicated to making the world 10 percent happier.

KC Chives On admin Samantha Tavernaro explained the history of the Kansas City chapter. The group was created in 2012 and she has been an admin since 2013, and is joined by fellow admins Geoff Barker and Mike King. 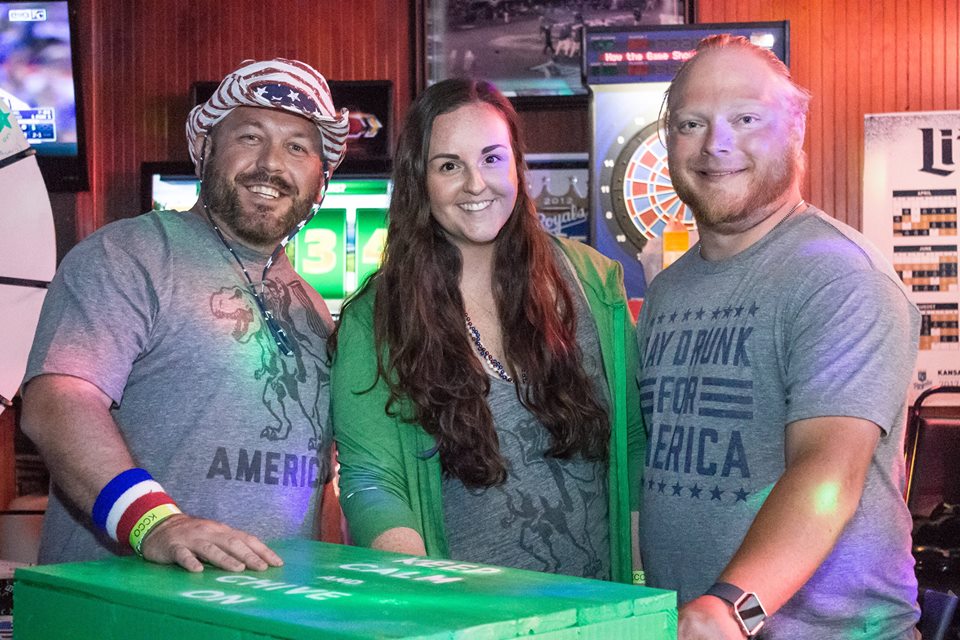 The Summer Meetup took place at Dr. Pikl’s in Independence, Mo. and included attendees from Kansas, Iowa, Nebraska and Wisconsin. theChive is known for its shenanigans, and the Meetup didn’t disappoint.

“During our fifth annual Summer Kickoff we had a DJ play all night, both a silent and live auction, a giant spin wheel to win prizes, catered in food and had an ice cream truck stop by for dessert,” Tavernaro said. “Our covered outside area had giant Jenga and beer pong along with a few friendly games of egg Russian roulette. Oh, and don’t forget the nerf gun war and shot-ski!”

The Summer Meetup is one of two big meetups the group hosts annually. The admins coordinate with private donors and corporate sponsors to cover the costs of events so 100 percent of the proceeds go to Chive Charities. 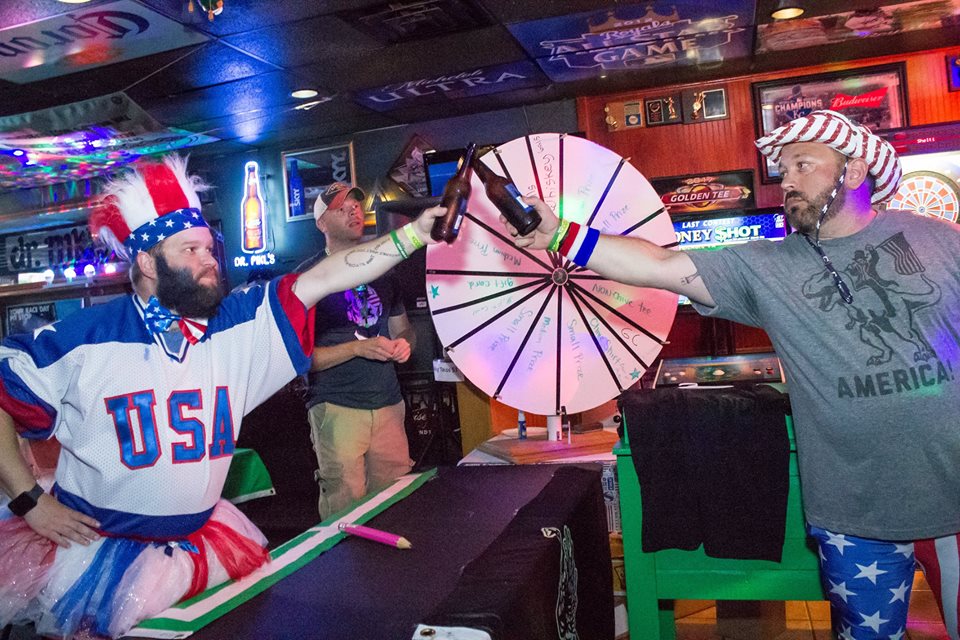 Members of KC Chives On spinning the prize wheel during the Summer Meetup.

The group has quite an online presence, with a Facebook page which Tavernaro explained is primarily used for feel good and informational posts, promoting gatherings, meetups for Chive Charities and any neighboring chapter’s events or events KC Chives On collaborates with.

There is also a Facebook group page, where active members of KC Chives On participate in daily themed threads or make plans for social gatherings. The group also includes members from all across the Kansas City metro, from Paola to Kearney, Manhattan to Odessa and beyond.

“Our group is very active and is where people come together and friendships are built,” she said. “If you want to see what our community is all about, join our Facebook group, someone is always up for some shenanigans!” 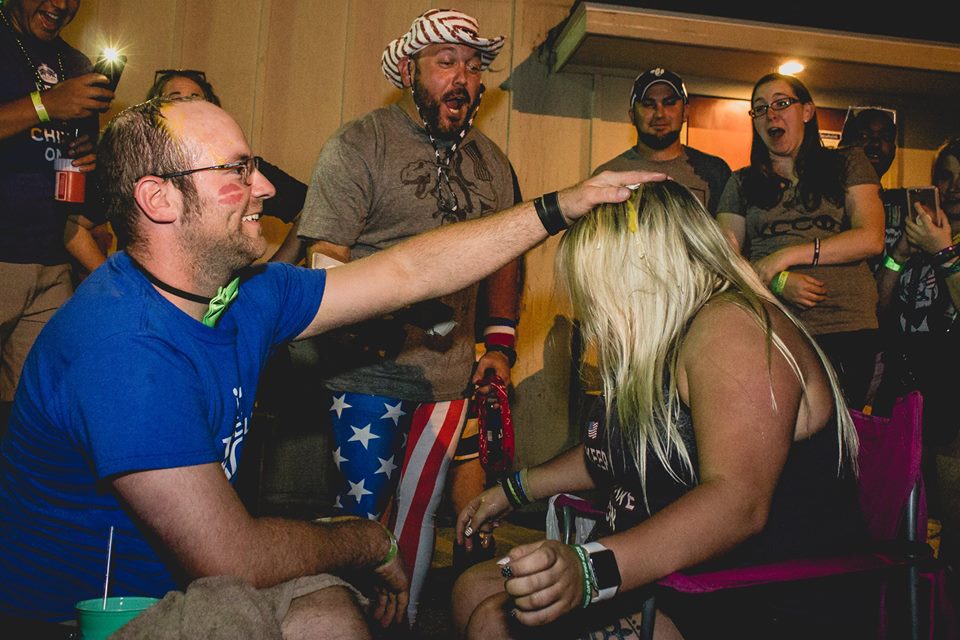 The group is still in the planning stages for another KC Chives On event, but is participating in the theChive’s Midwest Madness 3.0 event Aug. 5 in St. Louis at Ballpark Village. Tavernaro said the event is the biggest Midwest Chive event of the year with 12 states represented. Tickets can be found here.

Over the last two years the Midwest Madness meetup was hosted in Iowa and then Minnesota and raised more than $80,000 for Chive Charities.