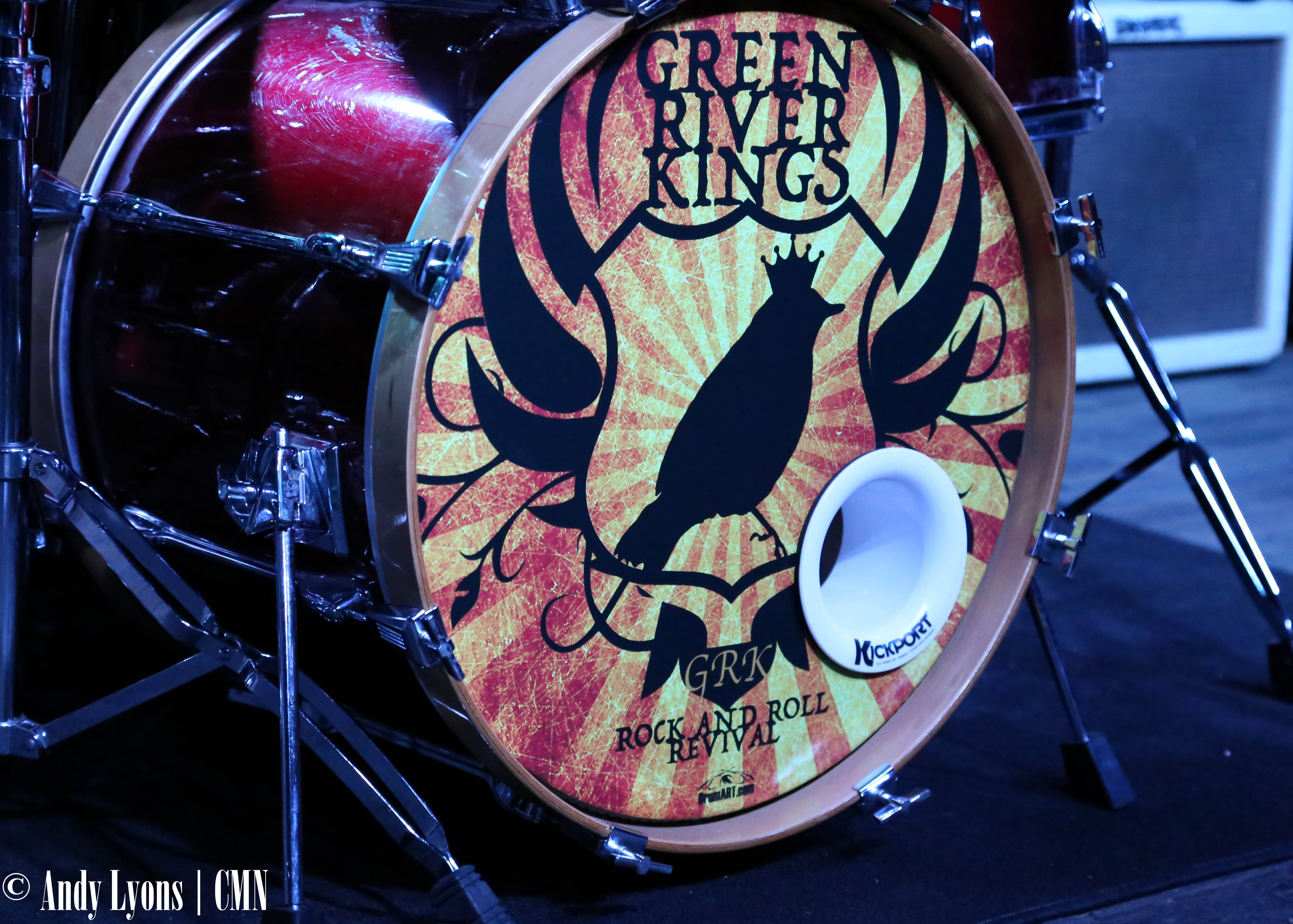 This question and many more are the questions musicians ask while they prepare for a live show. For Kansas City band Green River Kings, the question is recently a frequent one as the band has been playing a rigorous schedule all over the area this summer with shows in St. Joseph, Mo., Fayetteville, Ark., and Topeka, Kan.

CMN caught up with GRK after a recent show in Merriam, Kan., at Aftershock where the band opened for national touring band Otherwise and asked them about life on the road. Lead singer Andy Williams said the group splits sleeping arrangements between snorers and non-snorers, and that touring and spending extended amounts of time together has a great effect on the band – it brings them closer together.

The band has been working on the follow-up to their 2014 release, “Heavy Hangs the Head That Wears the Crown” with three studio sessions finished resulting in six songs recorded already and about 13 total written. The lineup includes Williams and Alvarez along with bassist Clay Johnson and guitarist Justin Galluzzio.

“It’s grown us all as musicians,” Alvarez added.

The group works to collaborate to bring songs together in the studio. Williams has done an intro and outro for the album, but for the body of the record it is everyone bringing elements together. The band is hesitant to put a timetable on the new album.

“It’s when it’s right,” Galluzzio said of the album’s release. “The biggest thing with this band is that every person has a total different background. I came from a more thrashy, metal-type kind of side, Andy has always been a straight up rock n’ roll, Clay is a jazz guy, Tony is an everything under the sun kind of a deal. When you get together and have an idea, what I would I write would sound super metally but within five seconds Andy would tone it down to something else. It really adds to the sound of what the band really is, it’s that big collaboration.”

The band is taking its time to make the album the way they want to, without any added pressure from a music label or other financial backers.

“What’s nice about not being signed or inherited with a label is that you’re completely independent and get to do the exact piece of art you want to get out there for people to hear,” Alvarez said.

The band has been evolving the existing catalog of music to match the playstyles of the band. With each member coming from a different genre and working together, the band works to blend those sounds into what makes GRK unique. The first single from the yet-to-be-named album is titled “Danger,” and the band closed their set at Aftershock with the new track, which almost made it to “Heavy Hangs.”

“When we cut the last record we never stopped writing,” Williams said. “’Danger’ was maybe two weeks too late from being on the album and it’s completely different than what it originally was. Last year, things started to go stale and our two guitar players left. When we started auditioning for that it reinvigorated the entire band.”

Seeing GRK live is something to behold, as the lineup changes have evolved the music beyond what is heard on the first album. The group has made changes to the music to match the playstyles of the members, most notably on guitars with Galluzzio on lead.

“When Justin came on board, (the decision was made) to use the existing solos from the album as a road map and evolve them,” Williams said.

“Original tracks were written with an electric guitar and an acoustic, so it’s quite a bit different now. With the four of us now, we keep getting deeper and deeper into our own writing so it changes the feel of the old stuff because our groove is different than with the old lineup.”

After the new album’s release later this year or early 2017, and the band is looking to tour out of the KC area. They are eyeing shows across Missouri in areas such as Columbia and Jefferson City as well as traveling to areas such as Wichita, Kan., Oklahoma City, and northern Arkansas.

Listen to the full audio of our interview with Green River Kings below.