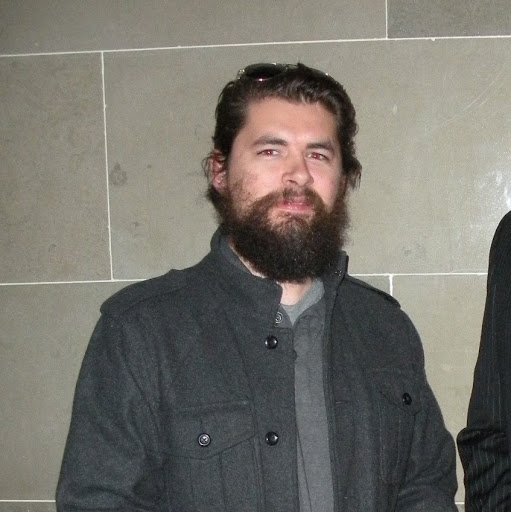 In Republican dominated Johnson County, Missouri, it’s not an everyday occurrence that a member of the Communist Party USA comes to town.

But that’s exactly what happened on Sept. 24, as Tony Pecinovsky arrived at the University of Central Missouri to give a talk in the Elliott Student Union.

Pecinovsky’s presentation was sponsored by the Alternative Politics Society of UCM. The group came to be as a student organization last semester. One of the group’s goals is to provide a platform for political views that fall outside of a Republican and Democrat dichotomy.

According to the membership of the Alternative Politics Society, the presentation of a speaker does not equal an endorsement of or agreement with the speaker’s ideology.

Pecinovsky’s speech marked the official first time the society has hosted a speaker.

The presentation was his first time visiting Warrensburg and UCM.

“I am really glad that I am here,” Pecinovsky said. “I have never been to this part of the state.”

He opened his speech by asking for a show of hands of how many in attendance had ever met a member of the Communist Party. No hands went up.

The event was sparsely attended, with around 20 attendees when Pecinovsky started his talk.

“I thought there would be more people showing up to listen,” Gregory Hakos, professor of philosophy at UCM and faculty advisor for the Alternative Politics Society, said. “ I thought more people would be interested in finding out about a word that sort of gets demonized.”

Maximilian Bocchine, head organizer of the Alternative Politics Society, attributed the lack of interest and attendance to a general political apathy among students at UCM.

“(Young) people don’t care about politics,” Bocchine said. “They don’t see it as an extension of their everyday life.”

A great much of Pecinovsky’s presentation was not focused on the minutia of Communist doctrine, but on his experiences as an activist and what led him to join the Communist Party.

“I am a nuts and bolts community organizer, which I guess in today’s political climate is also a dirty word,” Pecinovsky said.

His main areas of operation consist of Missouri, Kansas, and Tennessee. “I travel quite a bit,” Pecinovsky said. Kansas City, Memphis, New York, and Chicago are cities that Pecinovsky has traveled to.

“That’s where the rubber meets the road, talking to the people,” he said.

Pecinovsky is based out of St. Louis. He was quick to talk about his personal life and upbringing.

“I collect comic books, I play the drums and I like to watch football,” Pecinovsky said. “I say all of that to say I am as American as apple pie.”

“My background is thoroughly American,” Pecinovsky said. “It’s not Russian, it’s not Chinese, it’s not whatever.”

Pecinovsky continued talking about his personal background, noting that both his father and grandfather served in the military, and both later went to work for Chrysler. Both were Union workers. He also explained that heavy union involvement and growing up blue collar is what led him to the Communist Party.

Pecinovsky remarked that he finds nothing miraculous about his upbringing, and he believes that workers should have a say in how wealth is distributed in the work place.

During the presentation Pecinovsky listed a plethora of progressive coalition groups he is involved with that are not purely Communist.

Although the bulk of his presentation was focused on Pecinovsky’s experiences as a community organizer, he didn’t shy away from answering questions about Communist political ideology.

When asked how he reconciles the actions of totalitarian Communist governments along with his own belief in Communism, Pecinovsky said he doesn’t.

“If you ask me about Lenin and Stalin and the Soviet Union, I’m going to tell you I don’t really care because that’s not what the Communist Party is about,” Pecinovsky said.

“I was actually kind of surprised at the way he disowned the label Communist while at the same time embracing it as being an organizer for the Communist party,” commented Hakos.