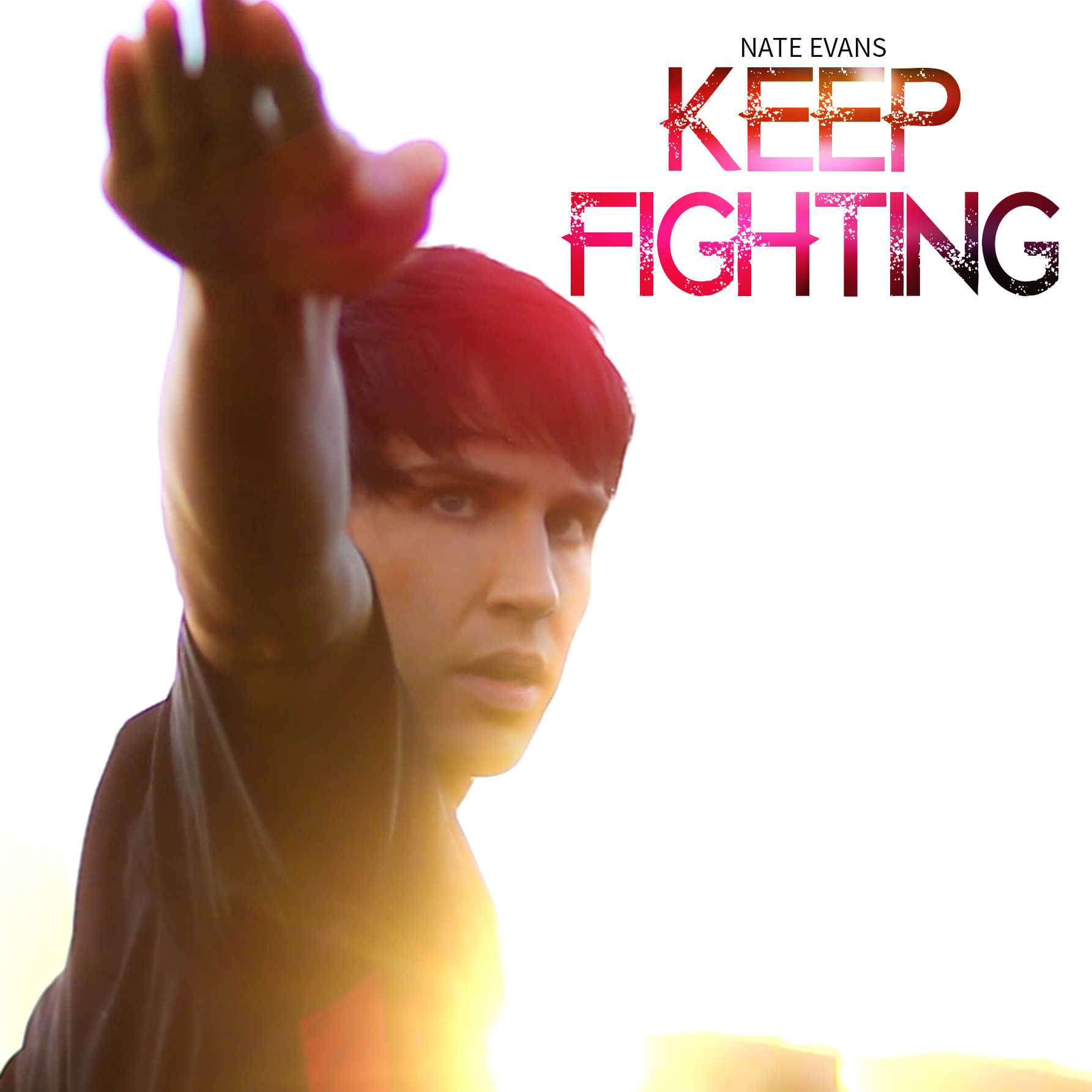 Evans said the partnership with Susan G. Komen Greater Kansas City happened after he was asked to perform at this year’s taekwondo world tournament in Nashville. He said he wanted to use his exposure to help a good cause.

“My personal goal has always been to help people and change the world and I felt this would be a good place to start,” he said. “I choose breast cancer because 90 percent of the artists that have inspired me to make music are women. Knowing how serious this issue is it would break my heart to see someone like my mother, sisters, or loved ones have to deal with this if it ever happened to them.”

“My taekwondo instructor's mother had actually fought breast cancer and won,” he continued. “After doing a lot of research I found Susan G. Komen to be my first choice. After contacting them with my idea they were more than excited to join.”

“We are honored that a recording artist like Nate Evans would consider partnering with our organization,” Levine said. “Nate’s notoriety and audience have helped us expand the reach of our message to the masses. By mentioning us on You Tube and being featured so prominently on his social media platforms we are able to reach another segment of listeners. Breast cancer education, awareness and advocacy are key to our success and having a performer like Nate aligned with Komen Kansas City is a true benefit for all of us.”

Evans said he writes his lyrics through personal experience, “usually overcoming hardships whether it be love, death, or life.”

He said he strives to create music with the same flare as what’s on the radio, but with a positive, uplifting twist. When it came to writing “Keep Fighting,” Evans said he went about it a differently.

“This song was a little different, I was actually thinking about the music video while I was writing it, almost like a movie,” he said. “A theme song for people to work out to and keep them motivated with their dreams, but mainly in a sports type setting. Going for the gold, as I like to say.  I joined Tiger Rock martial arts three years ago and the experience has actually made me a better person and better musician, in the respect of teaching me lots of self-discipline.”

Evans said his first idea was to use taekwondo as the theme for the video because it shows hard work pays off.

“After getting permission to use Tiger Rock’s logo for the video it was set in stone,” he said. “Then I spent an entire year making the video and shooting all types of locations around Kansas, including a real tournament. I was really competing in the music video and I won gold.”

Evans said he considers his style of music to be a blend of electronic pop and hip-hop music. “Speakerbox” definitely proves this true.

“Ironically this style of music is a lot more accepted now than when it was years ago when I first started making it,” he said. “15 years in the business and I am still improving my craft and learning new things. But I have to admit this is my best work yet. The focus and self-discipline I used from martial arts helped me craft a product that I will be forever proud of.”

The album has been a long time coming, Evans said he spent more than three years working on the project.

“I spent a year writing them and another two years recording, producing and mixing them,” he said. “I learned how to mix my own music with this project so that was a big deal for me. I always strive on creating a personal product that the customer or fans can enjoy. When I wasn’t working on the album I was shooting and directing two music videos and spending hours editing them. Special thanks to Storylight Studios for their support.  If you want something done right then do it yourself.”

“That also meant spending another six months creating the physical album package, which includes over 16 pages of lyrics and pictures, hidden messages from myself for the fans to find and a collectors case. I like to look at the whole project as one giant art project from the music to making the album case and pages, something personal from me to you.  And definitely something major labels are not doing with their artists. In an age of digital downloads I want people to get excited again about owning physical albums, thus providing them with a unique collector's edition.”

Evans plans to release a music video for the next single from “Speakerbox,” titled “I Love You,” later this year.

Check out Evan’s album on iTunes here. For more, visit his webpage here.