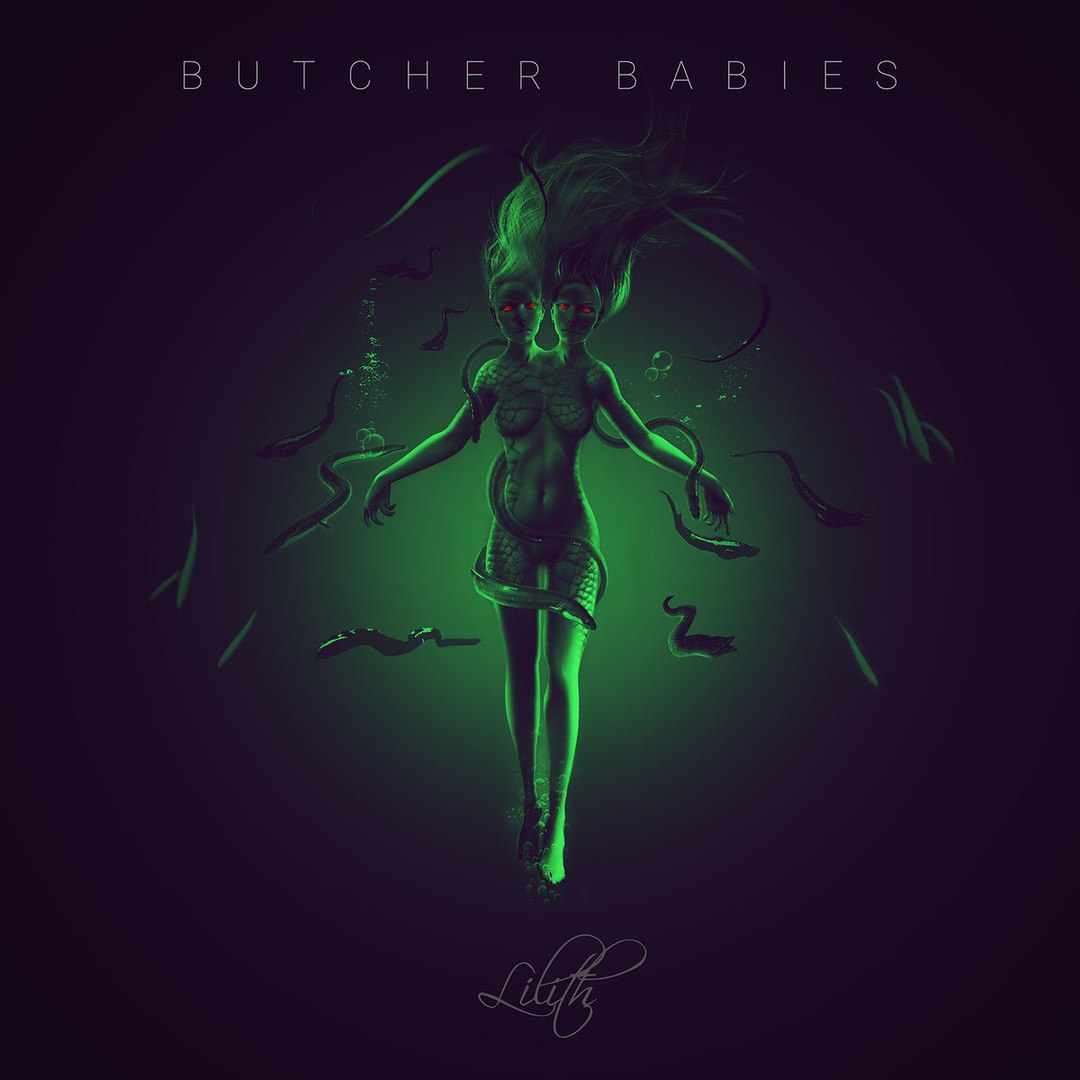 ‘Lilith’ does Butcher Babies fans past and present proud

She is a dangerously beautiful Goddess who refused to subordinate Herself to Adam, feeling She was created as an equal. Her themes are freedom, courage, playfulness, passion, pleasure and sexuality. Learning this helped me get a better understanding of The Butcher Babies’ third full length studio release “Lilith.” Born to the world in its entirety October 27, 2017 the album had heavy anticipation from diehard fans.

The Butcher Babies are made up of vocalists Carla Harvey and Heidi Shepherd along with guitarist Henry Flury, Jason Klein on bass and new drummer Chase Brickenden, who replaced Chris Warner. The group hit the masses with their latest release after teasing fans with a few early released tracks. The new album was released on Century Media Records like its predecessors, and introduces a new producer in Steve Evans, who has worked with Hatebreed, Eyes Set To Kill, and The Dillinger Escape Plan. As the title suggests, the album displays new strength and writing style for the Butcher Babies themselves.

At first look of the album artwork, strong feeling of power can be felt from the two headed female figure that floats in the sea of green serpents on the cover. I was not disappointed the album kicks off swinging with “Burn the straw man” a straight forward in your face, fast-paced, metal track that shows off Harvey and Shepherd’s unique and powerful screams throughout, as they trade vocals over Flury’s power riffs. The Straw Man strikes me as a track that sets the tone for the album, burning down the fallacy of their critics.

The next track on the album is the titular “Lilith.” It was one of the early teaser tracks released with a dark video drawing on tales such as Elizabeth Báthory, a countess who would bathe in her victims’ blood to retain her youth. The song is more of a groove metal track that makes you want to sway back and forth as well as head bang. In this track, we find Harvey and Shepherd showing us that not only can they scream with the best, they can also sing as they exchange harmonies and growls through a track that shows off their new drummer Brickenden very well. “Lilith” is a track that expresses that power and beauty can go hand and hand and highlights the limits one will go through to retain ones beauty.

Next up is “Headspin,” which included a very sultry and enticing video. I really like this track, its comes at you a little slower at first and shows off the softer vocals of Harvey and Shepherd as they exchange between singing and screaming. Klein and Flury take you on a ride with melodic, smooth and mellow riffs that ease, to booming, chunky riffs that reach the soul. “Headspin” strikes me as a song written from personal relationship experiences and the trials and passions that come with it.

“Korova” is the next track and it’s back to in your face, fast, intense riffs and beats broken up by pleasant harmonies in the chorus. It quickly jumps back into strong spine-chilling screams from Harvey as again the beautiful harmonies sooth the soul.

“#iwokeuplikethis” is straight intense metal as the ladies rage about being the walking dead spouting screams like “sign and date my toe tag, stamp and tie my toe tag.” The track is a mixture of old school speed metal and stomping the stage beats – it shows a great mixture of old school Butcher Babies and the new Butcher Babies, influenced by years of road wear and a decade of being together.

I really love “The Huntsman” a hunting and very groove-ish track, it comes next and takes me in a different direction. It’s got a very dark, thick sound and maybe from the title and feel has me envisioning a figure running through the foggy woods frantically begging for the light of day! Beautiful and ghostly vocals from Harvey and Shepherd are perfectly set off by their heavy, passionate screams. The track is well highlighted by the rich sound of the drums, bass and guitar that just make me groove.

“Controller” and “Oceana” are the next two tracks and again find the Butcher Babies going to back to their sound of fast paced riffs into diminuendo tempo with catchy choruses and throat grabbing chunk. These tracks seem to be a middle finger to their critics who don’t listen to their music and just bash. To the bad people who have tried to infiltrate theirs lives with lyrics like “I always find myself swimming with the sharks.” Both tracks are strong head banging metal.

“Look what we’ve done” is a song that mostly highlights the softer screams of the Butcher Babies and takes me on a swing-set musical ride. This song seems again to be more personal, maybe a song to exercise some demons from a past relationship. It is very moving and soothing at the same time. “We held so strong, as we built a path so wrong” feels like a very personal lyric as does the song. The song provides a great balance moving through the album as the pace picks up for the rest.

“Pomona (Shit Happens)” is that track. It’s very fast passed, no holds barred, straight to the metal point, get in the pit and let out your aggressions song. I don’t know who Jimmy is or why they are so pissed at Pomona but this song doesn’t spare their feelings for either. It’s in your face metal with spot speed and screams and what we love from the Butcher Babies.

The last track on the album is “Underground and Overrated.” I’ve been digging this track and it hits me like a jazz metal meets a Pantera chunk. Listening I can see the guys just having a great time playing because it highlights all their unique sounds and beautifully melds them together with Flury’s blazing solos, Klein’s barking bass and Brickenden’s heavy beats shine through perfectly on this track as the ladies do what they do and highlight it with every scream.

Overall I am in love with “Lilith.” It’s a great metal album and does past and present Butcher Babies fans proud. They stick with their roots as well as reach out in new writing directions. Despite past criticisms they seem not to be afraid of writing about more seductive and personal relationships as well as stick to styles that have made us fans from the start.

“Lilith” is available through most digital outlets as well as record stores worldwide. Butcher Babies are currently on tour in support of “Lilith” with Hollywood Undead as they finish off 2017 with a bang. Listen to the album in its entirety below via Spotify. Follow Butcher Babies on Facebook here.