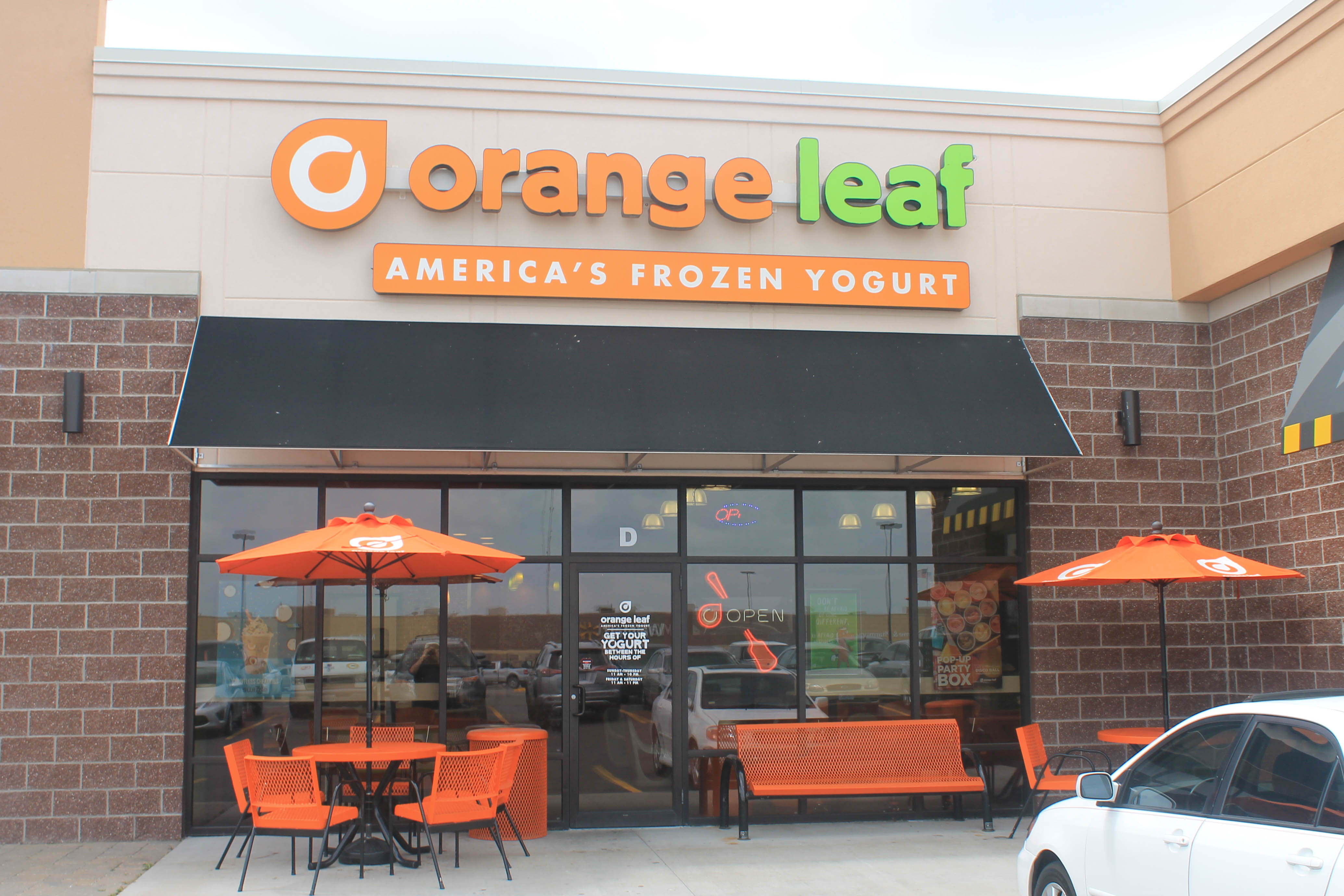 As summer weather comes roaring in with temperatures already hitting the 90 degree mark, a cool, refreshing treat has also returned to Warrensburg, Mo.

Orchestrating the return is owner Casey Flowers, who is not a restauranteur by trade. Flowers has a background in marketing and media. Due to being such a fan of the Orange Leaf product, she decided to revive the local store.

“I think people get really disappointed when they see things pop up and they don’t stick around for very long,” Flowers said. “I think it’s really important for us to keep as much business as possible in Warrensburg.”

“We found out the owners (of Orange Leaf) were looking to possibly sell in January, before they closed, and we started talking to them,” Flowers said. “So, we ended up buying the equipment from them and starting a whole new franchise agreement with Orange Leaf.”

Orange Leaf’s doors re-opened for business on June 1. Flowers said in the past two weeks she has been greeted by the diehard fans who had missed the place. 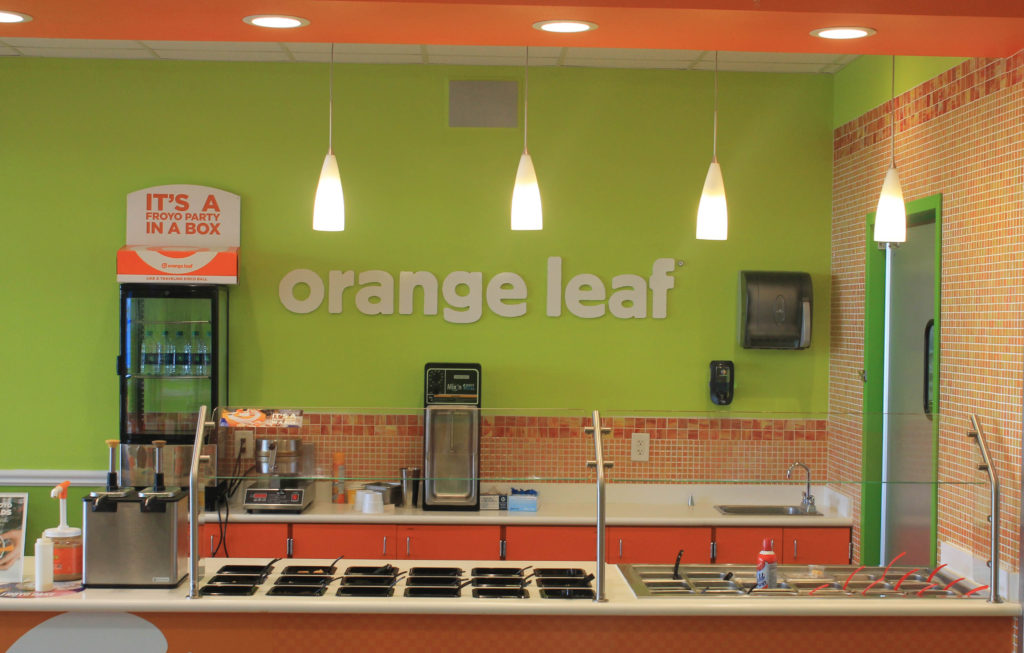 “Those are the people who were really sad when we closed,” Flowers exclaimed “They were right on top of it when we opened back up again.”

As long-time fans continue to flock to Orange Leaf, Flowers has a plan to extend word about the franchise throughout the local community. She is a proponent of marketing via community building, with an emphasis on involved localism

“I think the community involvement sponsorships is the best way to go” Flowers said “ Because you can put as many things in newspapers as you want, but the thing that is going to get people attached to your brand and get people to love your product is when you show up at the festival and you pass out free froyo.”

“We are doing it several times this week, where we are dropping off free froyo at softball games and baseball games,” Flowers explained. “It’s been a lot of fun to see the kids’ faces light up when they get free froyo when they weren’t expecting it. “

Flowers said Orange Leaf is a kid friendly environment. Bright neon orange and green decorate the decor of the store, and posters of cartoon-like illustrations of Orange Leaf’s Orange Unicorn mascot are on the walls. 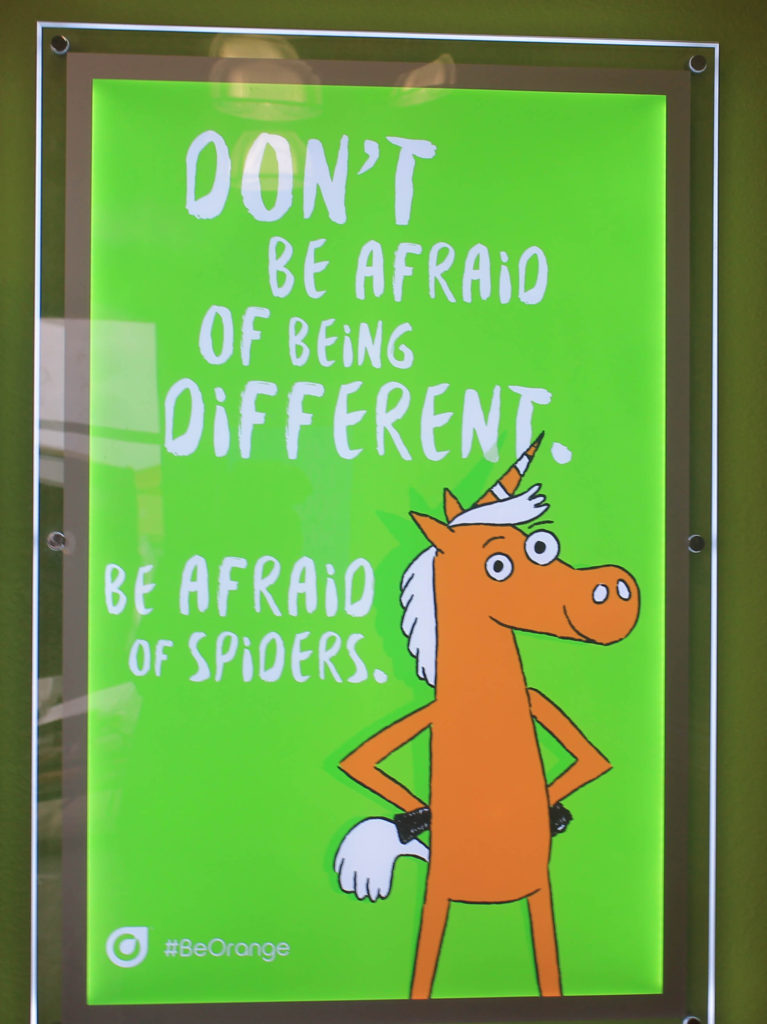 A poster on the wall of Orange Leaf in Warrensburg.

Orange Leaf offers something for a variety of tastes and age ranges. Flowers said they will soon be carrying smoothies, which she said would appeal to adults.

“Those are all sweet, sugary flavors. They are kid favorites,” Flowers said. “Kids love those.”

With her community building campaign, Flowers hasn’t neglected to keep the college population at University of Central Missouri in mind.

“Warrensburg is very good about integrating UCM into the community, and we want to make sure to do that as well,” Flowers said.

Flowers said distributing free samples of Orange Leaf frozen yogurt in the student union is a possibility. She noted the row of couches and the free Wi-Fi at Orange Leaf as possible draws for college students, and that it could be a nice place to study , due to the store’s usually quiet environment.

Although Orange Leaf has been back in operation for a couple of weeks, an official grand opening event is scheduled for Saturday and will include features and bonuses that aren’t typically a part of the everyday operation at Orange Leaf, including a bouncy house and face painting.