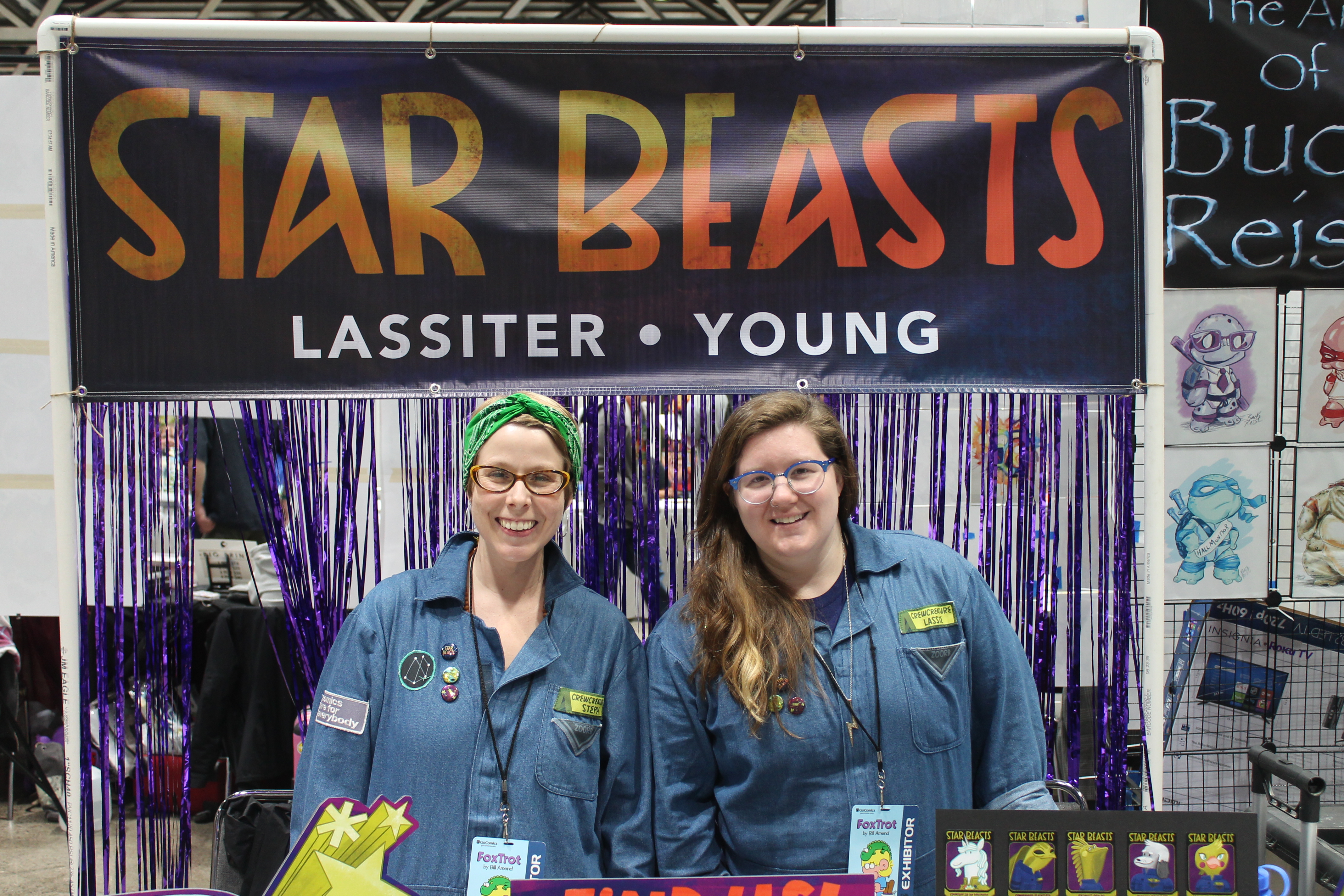 Posted By: Andy LyonsPosted date: May 01, 2017in: NewsNo Comments

Many of the vendors that are present at comic cons are selling their art or some sort of product they have made specifically geared towards what is considered “hot” at the time. Those who spend money on getting a booth hope to at least make their money back and maybe a bit more, but one booth at Planet Comicon Kansas City stood out because everything there was free. Behind the booth stood two energetic women ready to have a fun time interacting with those who came by. Their energy and the bright colors on not only their table, but on their banner, which read “Star Beasts” made it hard to not be drawn toward them.

Approaching the booth and being greeted by Allyson Lassiter and Stephanie Young, a creative duo that seeks to generate hype for their upcoming comic series “Star Beasts.” According to their website these Star Beasts are “keeping us safe from all Galactic Evil great and small.”

“Humans don’t realize it, but these animals have a secret society that’s kind of like Star Trek meets pets and animals in space,” said Lassiter. 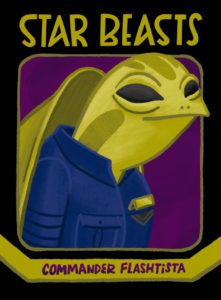 Their targeted audience is children and young teens, but that does not mean adults won’t enjoy this space adventure comic.

Young, the writer, said the style of the comic melds into a topic all ages can enjoy.

“I’m trying to write it in a sort of Pixar style so that it appeals to everyone with space fan jokes, like Star Wars and many others,” she said. “There’s insider stuff so we are trying to hit that wider age range and get adults into it too.”

“I’ve noticed that the majority of kids that come up here are in their tens to teens age range, but everything is appropriate for children who are younger than that” added Lassiter, who is the artist for the series.

The two of them got the idea for the series while working together at a previous job.

“We were working together at Hallmark and we discovered that we both wanted to make comics,” Lassiter said. “I’ve always wanted to draw comics, but I get hung up on the story.”

Young finished the sentence by saying, “I’ve always wanted to write comics, but can’t draw so it was a perfect little match made in the cosmos”. 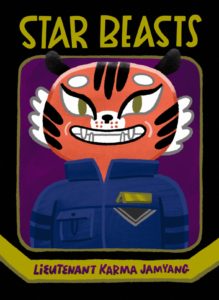 It’s also enjoyable to meet a creative team behind any project, because inevitably they begin to project themselves onto their characters. When asked about which characters they are most like Young said she’s “a lot like Karma the tiger naturally, but I want to be like Flashtista the turtle so bad. She’s got so much attitude and she’s my favorite character to write for.”

“I really love Zayd the zebra,” Lassiter said. “He’s a friend to everyone and has a chill attitude. That’s kind of how I would like to be in all areas of my life.”

When asked about if there would be any words of advice for those looking to break into the comic con world Lassiter replied with “just commit to it and go for it.”

“Once we booked the table we knew we had to hit that date and we set up a schedule to get things done and it’s worked out,” Young added.

Both work full-time jobs and even through that, they find a way to get time in for their project. Lassiter said she wakes up early and draws for two hours before she goes into work, just to meet deadlines. The dedication and determination of both individuals is something to be admired.

They were only giving out items for free, which for any booth – let alone a first time exhibitor, is quite rare at comic con. The two seemed to be extremely satisfied with all of the interest in their project and were constantly looking to bring a smile to every passerby’s face. They have planned out their first six issues and are expecting to release their first issue sometime in July or August.

It was a pleasure getting to interview them and see such enjoyment out of their newfound love. Check out their Facebook, Twitter, and Instagram pages and be on the lookout for this dynamic duo’s first comic.