LATEST NEWS
08:55 PM
Home News Missouri Why does the turtle cross the road? 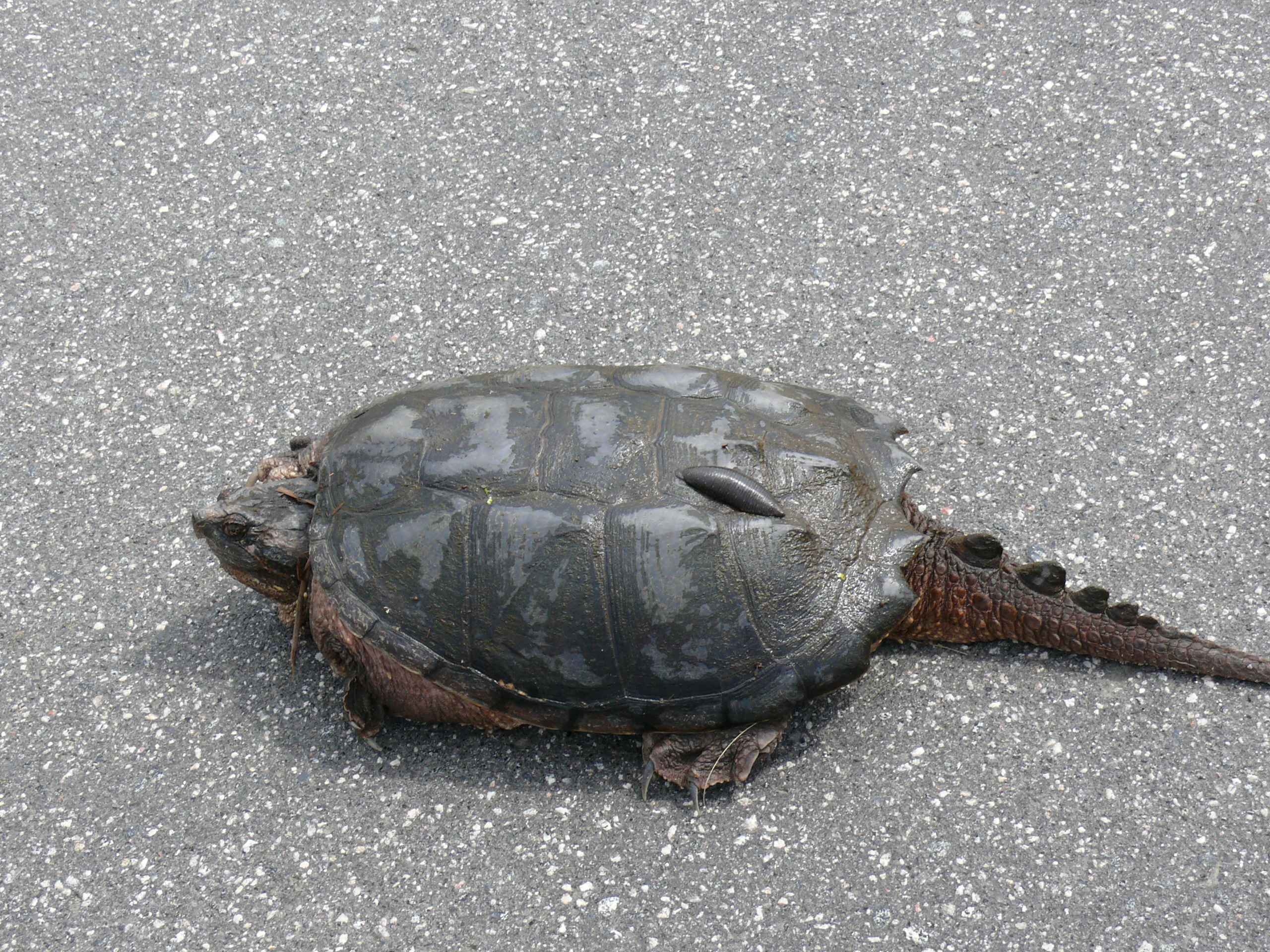 Why does the turtle cross the road?

Posted By: Andy LyonsPosted date: May 29, 2015in: Missouri, NewsNo Comments

Last week, the Missouri Department of Conservation released a statement urging Missouri drivers to give watch for turtles crossing the road. The statement warns of different breeds that may be seen on roadways, including the three-toed box turtle and the ornate box turtle. MDC agent Kevin Zielke said that if residents see turtles in the roadway they should do their best to avoid them, and if different species are found in residential areas, such as yards or patios, people should give them time to move on.

However, with the curious nature of people and the willingness to move them out of roadways, CMN talked to turtle researcher Eva Gann about proper techniques about handling turtles. Gann graduated from the University of Central Missouri in 2014 with a degree in biology and is currently seeking her Master’s degree from Missouri State University and is a research assistant. She is currently in Dr. Day Ligon’s turtle ecology lab and works in northern Oklahoma with juvenile alligator snapping turtles, reintroducing them on the Caney River.

Gann said there are various reasons why turtles cross roadways, and that if motorists don’t help them move across the roadway they likely to be hit by the time someone from MDC or Fish and Wildlife showed up to assist.

“There are many reasons a turtle will cross the road,” Gann said. “Males will go looking for females or new, unclaimed territory. Aquatic female turtles heavy with eggs will cross in search of a nesting site and then hatchlings will cross in search of water. Both males and females will search for places to hibernate over winter. Roads are really a huge problem for turtle populations, as well as the… humans who drive on them. As you probably know turtles aren’t the quickest animals in the world so they can’t race across a road like a squirrel or a deer can. Also some people intentionally try to run over turtles, it’s really sad.”

Gann said it is better to simply move the turtle across the road and into the ditch rather than take the turtle out of its range to a lake or pond elsewhere.

“You don’t want to translocate turtles from one area or lake to another if you can help it,” she said. “If that turtle has a disease, or parasite, or virus, there’s a possibility that you could transport that to a population where it previously didn’t exist.”

Gann urged caution when handling turtles, as species such as snapping turtles and even red-eared sliders will try to bite to defend themselves.

“If you want to get a snapper to move there are two things you can do,” she said. “The first is to get a long sturdy stick, get it to bite down on it (watch your fingers!!) then drag it off the road. The second thing you could do is grab the turtle by the carapace (the top shell) directly above the back legs.”

She strongly stated to never grab a snapping turtle by the middle of the shell or the front of the carapace, and offered this picture as a demonstration. 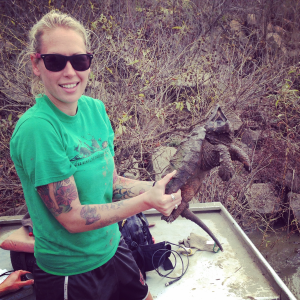 Photo provided. Gann holds an alligator snapping turtle by its shell above its hind legs.

Gann also stressed the importance of not picking up a turtle by its tail because the damage can kill the reptile.

“Many people are taught to pick them up by the tail, but you can seriously harm the turtle by doing this,” she said. “You can disconnect their vertebrae. For box turtles, you’re pretty safe, the most they will do is pee on you. Just pick them up and take them across the road though I caution people to pick all turtles up from the non-bitey end, just in case. Red-eared sliders will try to bite the crap out of you, I have a scar on my hand to prove it. Definitely pick them up towards the back of the shell, above the hind legs like you would a snapping turtle, and stay away from the bitey end.”

For residents who find turtles in their yards, Gann said it should be safe to pick them up and move turtles off the property but suggested a thorough hand washing afterward because all reptiles and amphibians carry salmonella. For a large snapper, she suggests calling Fish and Wildlife or the MDC as police department’s animal control units are unlikely to know how to properly handle turtles.

Gann also urged residents who come across turtles to not make them the new family pet because the turtle may not adapt well to living in a house.

“Leave the turtle in his happy turtle home in nature!” she joked. “But seriously, leave the turtle be. A turtle in the wild is not used to captivity. They are used to foraging for food, and walking/swimming a whole lot. Both of these things they won’t get in captivity. Many animals pulled out of the wild for the pet trade die within the first few months as they just can’t adapt.”