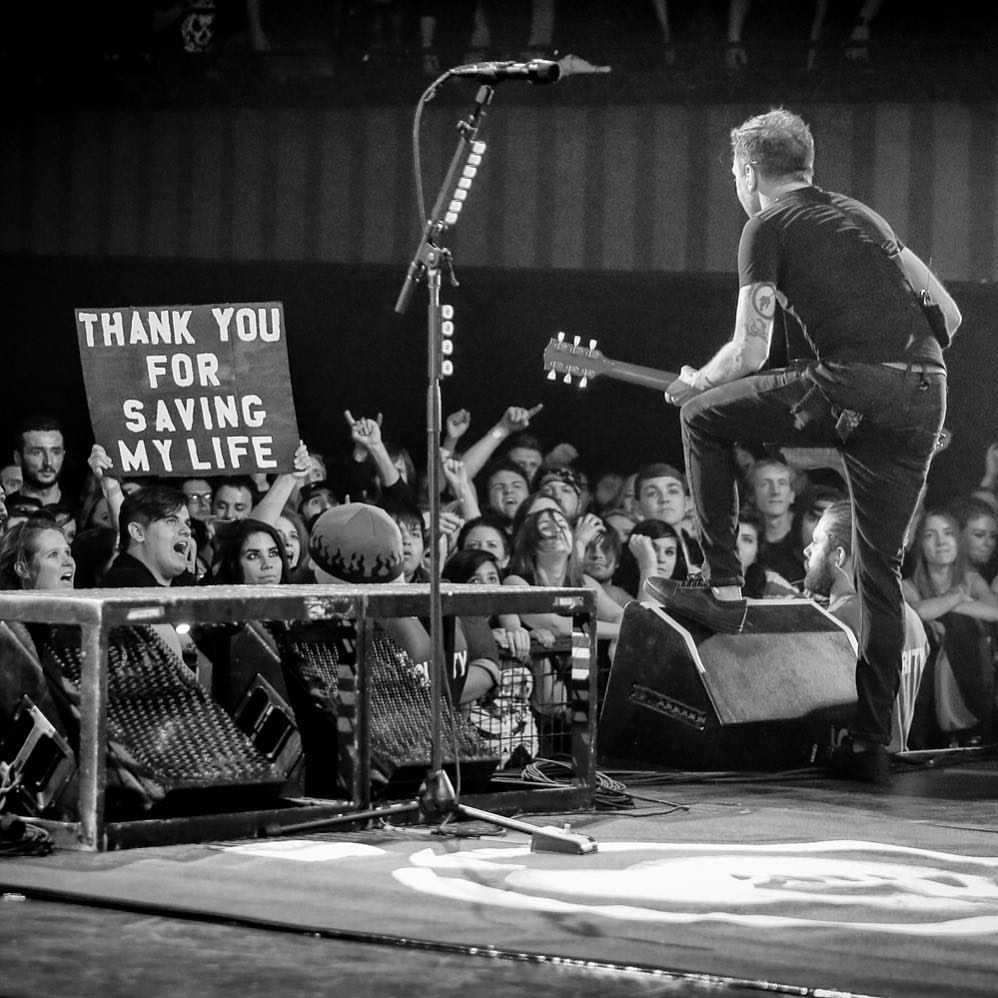 A Tale of Life and Music

My wild obsession with music began in my childhood. Growing up in “America’s Hometown” in the early ‘90s, my parents would load a 5-disc changer with a mixture of classic rock and emerging alternative music and blare their music throughout the house. My friends and I would play basketball while my dad did yard work and my mom cleaned house, all while enjoying the sounds emanating through open windows.

I was lucky to be immersed in the sounds of groups such as Pink Floyd, Kansas, Tom Petty, Annie Lennox, the Moody Blues, and many more. Growing up hearing a wide range of music really planted a seed within me; it exposed me to a multitude of genres and opened my eyes to the wide world of music.

As CDs hit mass production, I started my own collection in the fifth grade. A few firsts for me included the “Mortal Kombat” soundtrack, “The Colour and the Shape” by Foo Fighters and “The Sign” by Ace of Base. I’m not proud of the last one, but it makes sense – you see, I’ve always had an eclectic taste in music. Through my late teens and early 20s I considered myself a metalhead – jamming to the bands of the nu metal movement – but I’ve always cherry-picked songs of different genres to throw wrenches in playlists.

If you check my music collection today, I have somewhere around 150,000 songs in my catalog. Most of my playlists are built around my day job in inventory control or are used on long drives to visit my parents who live across the state. Those playlists are the most eclectic I build, with the most recent “Winter Mix 2015” containing more than 400 songs and clocking at about 30 hours in length.

I like to make them really long because I don’t have to worry about hearing something over and over, potentially burning myself out on certain songs or artists. The range in genres helps to break things up, or add some entertainment to my job.

Throughout my life I’ve known I was a little bit different than those around me – emotionally. I would be extra happy or excited, extra sad or angry. My emotional rollercoaster has had dramatic effects on my personal relationships. It’s probably cost me a girlfriend or two and amplified fights among my friends.

In high school, my doctor called it “manic depression.” After some life-altering events in the spring of 2014, I was drinking heavily, among other vices, and when I finally sought help – something that is never easy for a prideful beast such as myself – I was diagnosed as bipolar and prescribed a boatload of medication I still refuse to take.

With the advent of iTunes, I found ways to combat how I felt. I have playlists for different emotions, such as an angry playlist aptly titled “GET YOUR MOUTH FUCKED” with almost 19 hours of hard-hitting, in-your-face type music.

The toughest playlist I’ve built is “Emotional Fucking Breakdown.” That’s the one where I can feel myself going crazy – angry, depressed, rage, sadness. Rewind back to the spring of 2014 and I was going through a lot. I was having severe issues in a relationship, not getting along with a teacher, managing a newspaper, and then a major breaking news story shook the bedrock of my life.

I had to cover a story about a young couple who had hidden the corpse of a newborn child in a research cave and attempted to burn the body to hide it. As it turns out, the researchers who used the cave to study snakes were good friends of mine.

Part of covering a story means verifying everything, so I had to see photos of the corpse and it was a definite realization that true evil exists in our world. After some heavy drinking, I had my girlfriend come over, cranked on the “Breakdown” list and laid with my head in her lap and cried for hours. 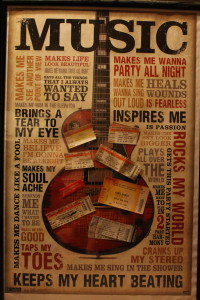 This poster hangs in my living room as a constant beacon of my feelings and real life experiences with music. Included inside is the ticket to my first concert, Sevendust at the Oakley-Lindsay Center in Quincy, Il., May 4, 2002.

Concerts are almost another beast entirely. There is nothing like the electricity in the air at a live event. The crowd, the band, the music – it all comes together as this supernatural experience. I’ve made so many memories, and lifelong friends because of concerts. I’ve described my religion as “concert.”

In 2015 alone, I caught several memorable bands live. The “Wild Evening with Halestorm” show featured a lot of unique performances from the band, and the energy reciprocated from the crowd was amazing. Foo Fighters came through Kansas City, and being in front of the stage while the crowd sang “My Hero” gives me goosebumps to even think about.

Live shows have also become something of a family tradition. I’ve been to 10 shows with my younger brother. Two of my favorite concerts include seeing Roger Waters “The Wall” with my dad and Fleetwood Mac with my mom. Because music is so important to me, catching my parents’ favorite artists with them meant the world to me.

At a Korn concert in Chicago in 2009, I lost my younger brother in the pit while we were moshing. It started sprinkling and I held my arms up in the air and smiled, the entire show becoming a spiritual experience for me. About the time I closed my eyes and just basked in the ambience of a metal show I felt someone grab me on the shoulders, pretty hard. I popped my eyes open to see my brother with a huge grin and he said something to me I’ll never forget: “This is so amazing!”

Music has come to have a huge impact on my life. There is something about the low growl of a down-tuned guitar that really plays on my heart strings.

This doesn’t mean I only listen to specific genres or artists. I love Deftones for a combination – lyrically their music is deep and the composition is on another level. But at the same time I have a lot of instrumental groups such as Explosions in the Sky with no vocals. There are also some low brow songs such as “Holla at Me Baby” by DJ Khaled, which is a song strictly to shake my ass to.

The big picture is music makes me feel, whether it’s feeling raw emotion though lyrics, feeling the beat and rhythm of a song, or feeling the ambiance of a live show. The reason music is so important to me is because it makes me feel alive.

Featured image by Rob Fenn, used with permission. Visit his website at robfenn.com.