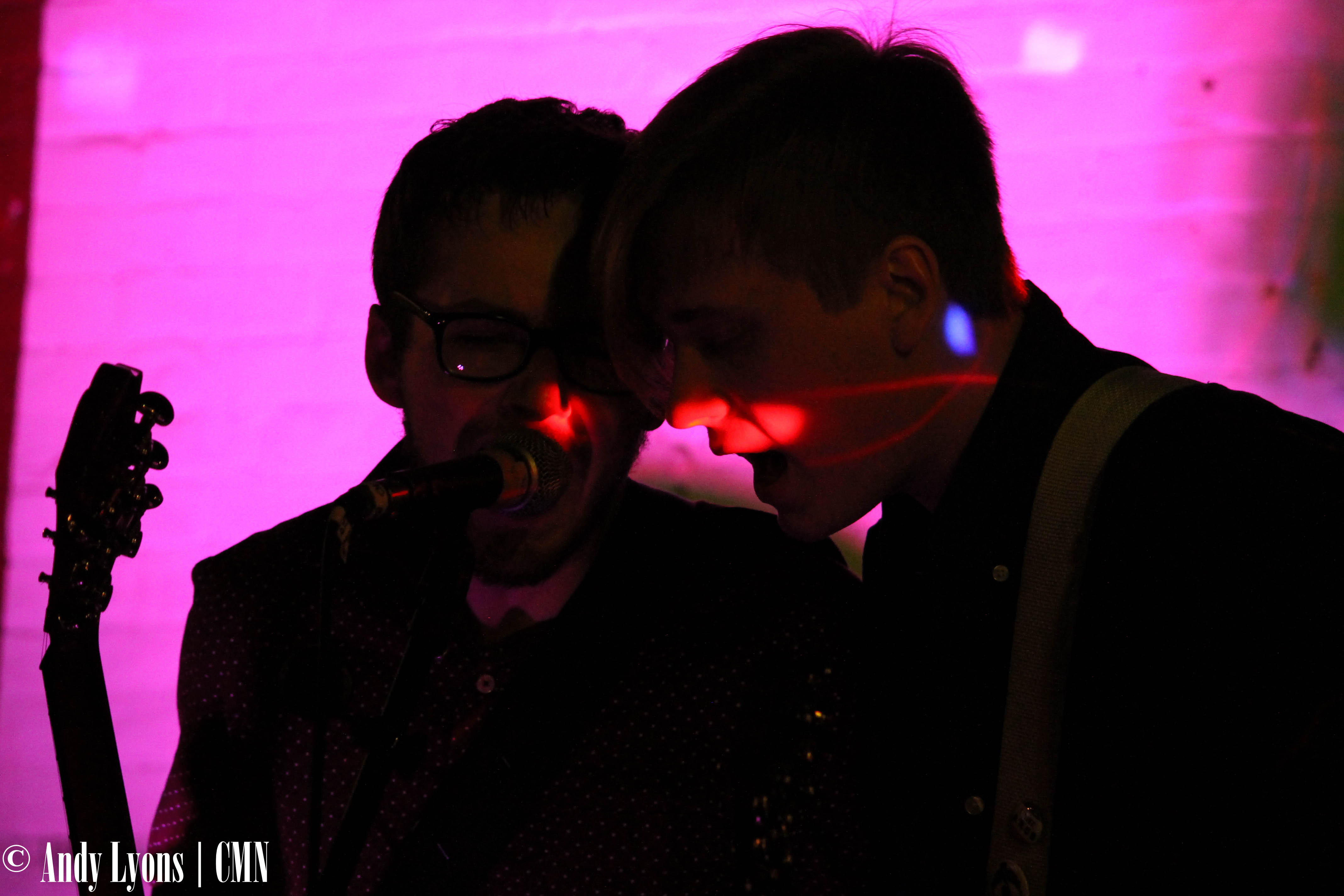 For one group of local artists, playing a hometown show meant more than opening 2016 with a concert. Instant Karma introduced a new member and new material when they opened Saturday night at The Bay.

The group added Branden Moser as their bassist in December, a move that opens up their ability to play a variety of instruments.

The band’s vocalist and guitar player, Cole Bales, said a mutual friend put Moser in contact with them when they started searching for a new bassist and he hit it off with the group right away.

“Moser came out to see us play at Davey’s (Uptown Rambler’s Club) one night and after the show we immediately bonded over our love of all things Dan Auerbach, soul music, and hip hop,” Bales said. “Plus, he bought us a couple of shots of whiskey within a few minutes of meeting him, so that didn’t hurt his case too bad either.”

Bales said Moser was asked to officially join the band after the first time jamming together. Bales offered some praise for Moser’s musicianship and detailed what he brings to the group.

“I think he brings a greater groove and deeper focus to the songs we’re writing,” Bales said. “He knows exactly what we’re going for, plus it helps to have three members of the band that are entirely capable of playing either bass, guitar or keyboards; it gives us greater freedom to play in different formations and play around with songs.”

The band wasted no time putting the versatility to action with Bales, Moser and guitarist Cody Calhoun swapping to keyboard for different songs of a psychedelic eight-song set, which was entirely new except two songs. Bales said he and Calhoun wrote the rest of the set in one night.

Together, the band was pretty impressive. The stage at The Bay was a bit crammed with gear so having three members swapping between two guitars, a bass and a keyboard was a bit disruptive. Altogether the show seemed like a good start, Moser and drummer Dillon Carey held down the rhythm while Bales and Calhoun worked the guitars. The sound is a something of a clash between psychedelic rock, a la The Black Keys, and a bit of grunge. Dirty rock would be a fitting label.

The group has come a long way since its beginnings as a cover band. Bales offered some insight as to how the group has evolved since they got together.

“When we first started out we were pretty much a blues band who loved The Rolling Stones – Keith Richards is still the coolest man alive in my book,” he said. “Cody and I would get together in my basement and basically try and rip off these Stones and blues songs that we loved. Then Cody and I heard ‘Brothers’ by The Black Keys and it totally broadened our horizons to soul like Curtis Mayfield and all the old Stax records, and hip hop like Wu Tang and Jay-Z, and psychedelic music. We generally write songs that are influenced by whatever we’re listening to at the time, which right now would be a lot of hip hop and soul. Basically we’re just huge music fans who write the songs we would want to listen to.”

Instant Karma’s next show is Feb. 27 with Amanda Fish and The Bends at Davey’s Uptown Rambler’s Club. The group is also working on an EP due this spring. Follow them on Facebook here.

On the group’s future, Bales said they are “just trying to get our names out there, get people to notice, hopefully play some festivals, eventually quit the day jobs, but we have a lot of work ahead of us.”