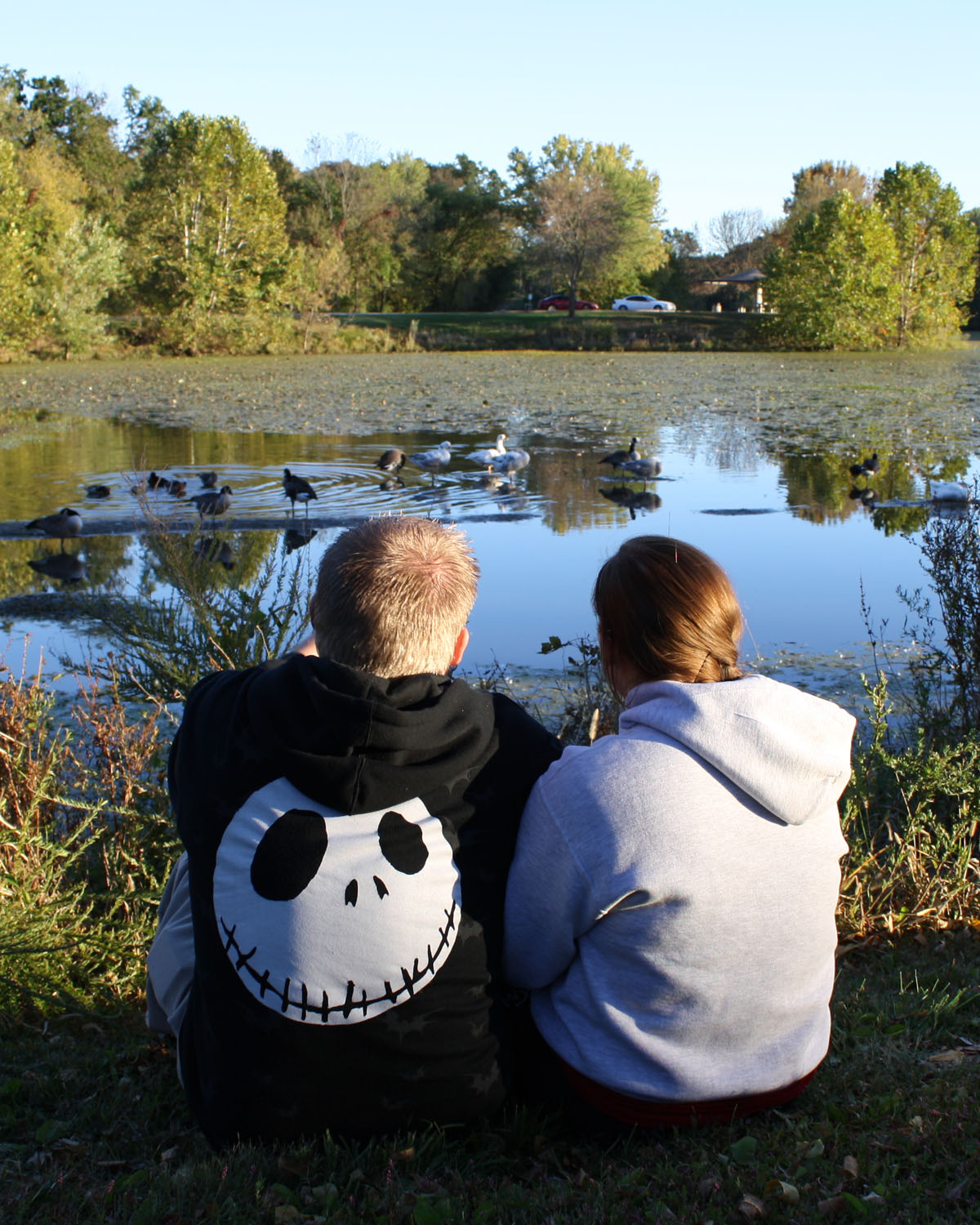 As time goes on and the present fades to memory, people have a tendency to cling to bitter pieces of relationships gone by. I’m guilty of it myself. But why? It’s easy. That’s why.

There are all sorts of terrible and heinous things that couples do to one another. He plays too many video games. She nags too much. He doesn’t tell me he loves me often enough. She doesn’t give me any space. And of course, the cosmic events. I won’t list those because I’d feel like I’m airing too much of my dirty laundry.

If you’re lucky enough, you realize that you simply grew apart. Naturally, break ups are nasty. But when you get through the funk (I’m a firm believer in a maximum of one month mourning for every one year of relationship) and can diagnose what actually went wrong, you can think about the good and bad times and not want to vomit.

I’ve come to the weird realization that I had a couple really great relationships. You know, those “love of my life” caliber deals that you’ll always cherish no matter how much you want to believe you hate your ex.

The more I think of it, the more I realize what I’m searching for are answers. After lengthy relationship discussions with a close friend, it seems like both of us have sacrificed and re-invented ourselves time and time again for the sake of a relationship. Why?

At this stage, I’m tired of trying to force it to happen. I am who I am. I have a lot of baggage. It’s pretty apparent there won’t be any major changes in my life moving forward – outside of getting my graduate degree and finding a landing spot and a long-term job. What you see is what you get.

But it’s starting to become a legitimate fear that I could end up alone. If there’s one thing I absolutely know it’s that life is finite. I’m not nearly as invincible as I once was. Five long-term relationships spanning 12 years have made me realize that I may not be meant to be married and have a family. Everyone always talks about searching for the one –that mythical person who’s your soulmate. But what if I don’t have one?

I’ve been compared to “Good Luck Chuck,” the Dane Cook film where every woman he has sex with finds the love of her life in the next guy. Of my five relationships, three are married. Most of the girls I’ve dated short-term are now married or have families. And here I am, the almost-30 creeper who is about as single as it gets.

It doesn’t help that I’ve become so jaded about dating. The small Missouri town where I live is a college town where the average dateable girl is 20 years old. That 10 year gap is murder on the bloody fields of dating. It’s really difficult to connect to people who weren’t around when Nightmare Before Christmas was at the height of its popularity. And young women that listen to anything other than Ed Sheeran? Fat chance. But I’d rather not be lonely, so I’ve been known to date women who are between five and 10 years younger than me. It’s quite…interesting.

It’s not like I’m in a position to make time for any girl that could possibly be remotely interested. I have to prioritize school, I run an independent news organization, I’m launching a record label with a friend, and have been busting my ass working on social media and marketing. Everyone throws around “I’m busy” like it’s not obvious amongst college students, so I try to shy away from it regardless of how busy I actually am. I learned long ago I have to make time to unwind and take care of myself. I can make time. I can fit you in the schedule if you’re worth it.

A very wise young lady gave me the best piece of advice, one that would become my credo. “Too old for the chase, too young to care.” That’s really how I handle my relationship search. In the past five years I’ve shown interest to a handful of women. Each had her own way of showing interest, too – if you could call it that. However, as soon as I felt like I was the only one interested in pursuing things further, I severed the tether and moved on – which is sadly what my entire life is becoming about.

I have severe trust issues and always keep walls around my inner self so people can’t get too close, can’t know too much. I bottle my emotions so I can easily maintain a joking façade around what’s truly going on inside my head. It’s not that I don’t want to trust someone with everything. It’s that I don’t know if someone can know everything and still look me lovingly in the eye.

One of my biggest peeves about women is that they always whine that “you’re not listening” or whatever. I’m a reporter. I am an outstanding listener. But when is it my turn? Having spent the last three years living with young women, I know that the expectation is to let them vent and then tell them how to fix things and move on. But what if I’m stressed and just need to talk about my day? Do I get a shot? My experience is that women want to be there for you, but when you start unloading to them they are quickly disinterested and move on to the next topic.

But what every guy is searching for is his queen to help rule over his world. Guys want a chick that can become part of his family and inner circle of friends. One of the greatest things was having an ex-girlfriend come to visit (we lived an hour or so away from one another) and while I was at work she would hang out with my roommate. They’d go to lunch, the mall, whatever. There were never any trust issues. The fact that my roommate, who’s been one of my best friends since first grade, was open to hanging out with her while I was at work says a lot. It’s refreshing to have a relationship where your girlfriend and mother text each other, or when it’s time for a night out, your friends want her to come along.

Guys also want a reciprocal relationship. The give and take is really what makes or breaks a couple. If one feels like he or she is giving too much, it automatically puts a strain on things. And why wouldn’t everyone want a relationship that is equal parts give and take? You cook, I’ll do the dishes. You pick the movie, I get to next weekend. Something’s bothering you? Tell me about it, but afterwards I need to talk about my crappy day at the office, too.

When selecting a potential partner, a lot of people bring up the old adage “opposites attract.” Well, sometimes this is true. And sometimes it helps to find someone you have plenty in common with. I prefer something in the middle. We’re looking for that woman we can come home to, give a smooch and relax with – someone we’re comfortable dancing with in the middle of the kitchen at 3 a.m. It’s all about being yourself in your comfort zone and enjoying one another. Part of the reciprocity of a relationship should be immersing yourself into your partner’s interests. It really expands your view of the world. After all, that’s what guys really want: a partner.