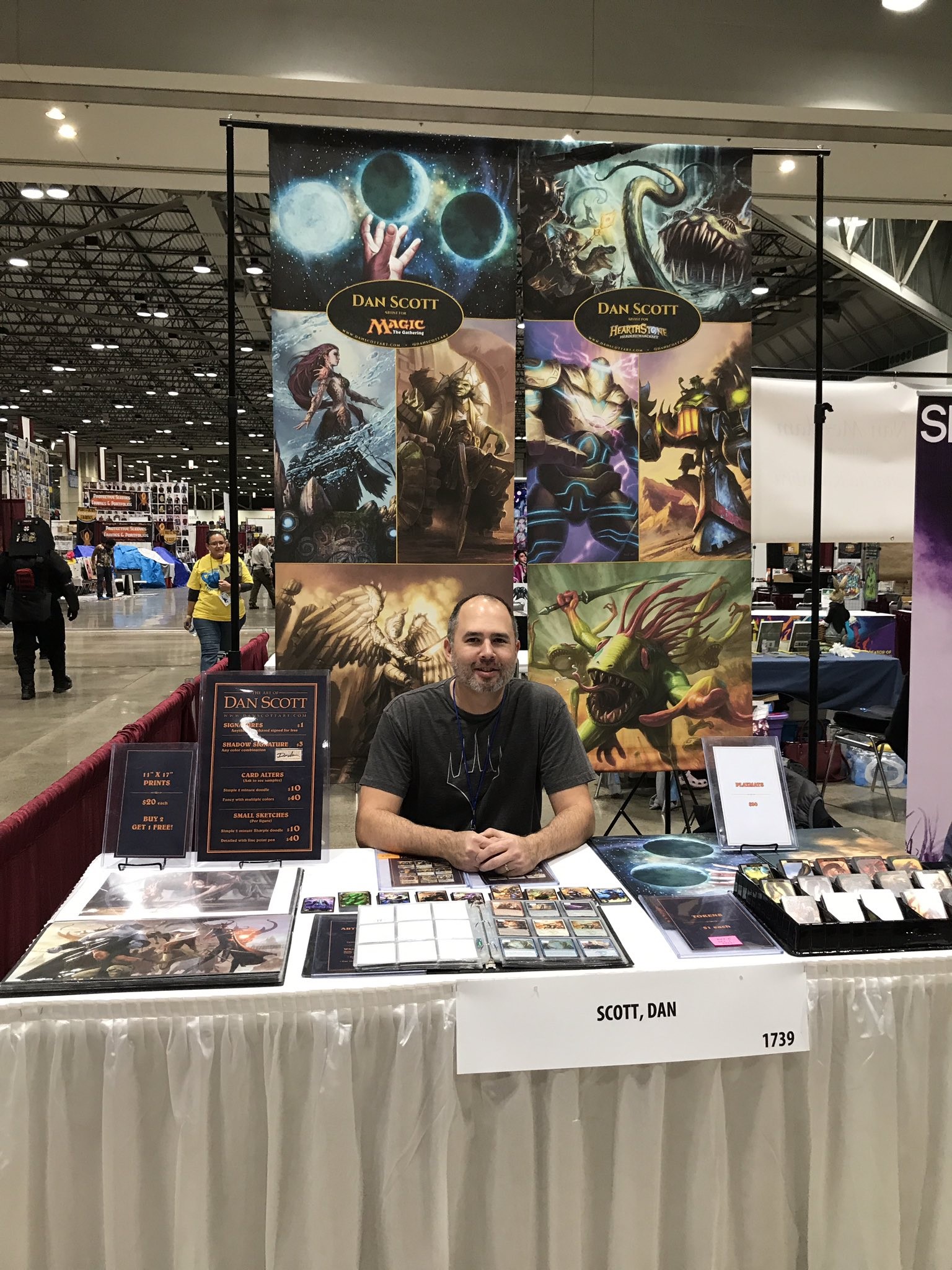 “Magic: The Gathering” is a popular trading card game that has been around since 1993. Being one of the first of its kind, it became like a grandfather of other card games to come like “Yu-Gi-Oh!,” “Pokemon,” and “Hearthstone.” There are very few people who haven’t heard of the game, and those who have played it will always end up discussing the importance of art. Whether it is art related to a story, a personal preference of art, or any number of discussions, because the art is so prominently, it is no doubt one of the most important aspects of the card.

At Planet Comicon, we got to sit down with Dan Scott, an artist who graduated from the University of Central Missouri, who does art for “Magic: The Gathering.” He gave us some insight into what it was like to create the art and what he would say to those who aspire to be in his position.

We began by asking Scott what his journey has been like in between graduating from UCM and ending at his goal as being an artist for Wizards of the Coast, the publisher of the “Magic: The Gathering” card game.

“Back when I was a student at UCM, I was an art student and I played Magic, so it was a goal to end up doing art for that game,” Scott said. “I like doing that type of art and it was a journey because I wasn’t able to get work for Magic right out of the gate when I graduated. It took several years and working for other smaller card games or video games and although it wasn’t really my favorite subject matter, but I tried to do my best work and use it to create a portfolio to get to my final goal of working for Magic. I wouldn’t have done it any different. I’m happy with how it all turned out.” 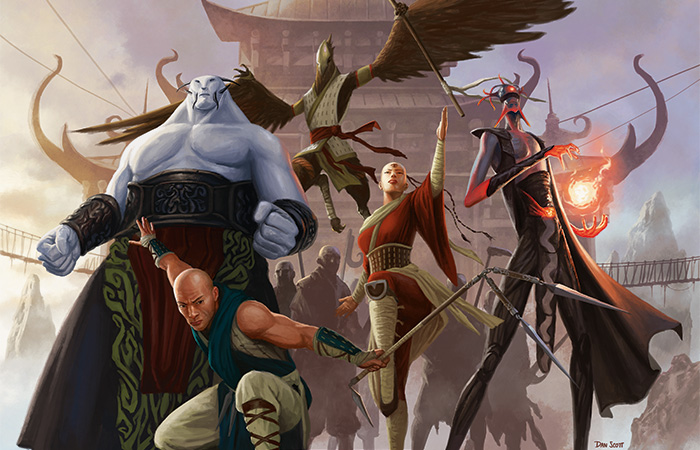 Artwork for the Jeskai Ascendancy “Magic: The Gathering” card.

Scott worked the gamut prior to his job at Wizards of the Coast, ranging from smaller card games to video games, his experience made he well-rounded.

“The video game was actually the first internet collectible card game called ‘Chron X.’ It paid really bad, but it was good experience working with art descriptions, art directors, deadlines, any changes that were needed, that kind of stuff.”

“I also did some stuff for some role playing games,” he said. “There was one called ‘Shattered Sky,’ and it was one of the first things that I had done where I had gotten paid for it. Eventually I moved on to some other trading card games that were out like ‘Warlord,’ ‘Legend of the Five Rings,’ Warhammer had a card game that came out. Most of it was card games and I kind of stuck myself in that realm because I figured that would help me get the eventual point where I was working for Magic.”

Scott said his process starts small scale and builds in multiple layer to what “Magic” players find on their cards.

“I’ll do a really rough sketch, kind of a thumbnail, to get a base for where all the elements are going to be laid out,” he said. “I’ll then make a non-repo blue layer, which is just a color saturation layer where that rough sketch I did is shown very lightly in the background and I’ll make a new layer and do a detailed sketch over the top of that, kind of like what you see in comic books.

“From there I’ll make another layer below that where I’ll rough in my greyscale values and then I’ll merge those together and go in with a color layer over the top of that an apply the color that way,” he continued. “That’s just the process that I’ve created over the years, I’ve experimented with other things and (this process) has just helped me and the way that I work.” 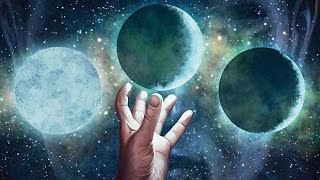 The art for the “Magic: The Gathering” card “Ponder.”

Scott offered some advice to artists wanting to work their way into the business of designing cards or art for a company such as Wizards of the Coast.

“Try to get hired work for smaller companies, if need be, but when you do get that work try to do your best possible work,” he said. “Try to do it as if you were doing a Magic card, or whatever your goal happens to be, like if you want to be a book cover artist then try to find commissions where you can create art that would look like it would fit on a book cover. Try to produce work that is of that quality, because that’s how you are going to get hired and you can use those as portfolio pieces to get you the work that you’re looking for. Don’t give up on your dreams. No matter how many times you get rejected, they just need to say yes once to get your foot in the door and hopefully you can show them from there what you can do and keep doing work for them.”

Although he never gave an answer to the question of what his favorite art is that he’s work on, personally, I’d have to say that my favorite is his work on the MTG card, “Ponder.” He told us that he spends around 30 hours on each piece, so after spending so much time he likes them all.

Getting a chance to meet someone who works on a card game that I, along with many other people, enjoy was truly a great experience. Dan shows that you can achieve your goals, as long as you are willing to keep trying. Between Dan Scott, the Artisan Rogue Mario Mora and Brandi Stone at Dorky Dino, it shows that there’s a lot of talent to come from the University of Central Missouri and we enjoy seeing each one of them at the conventions that we go to.