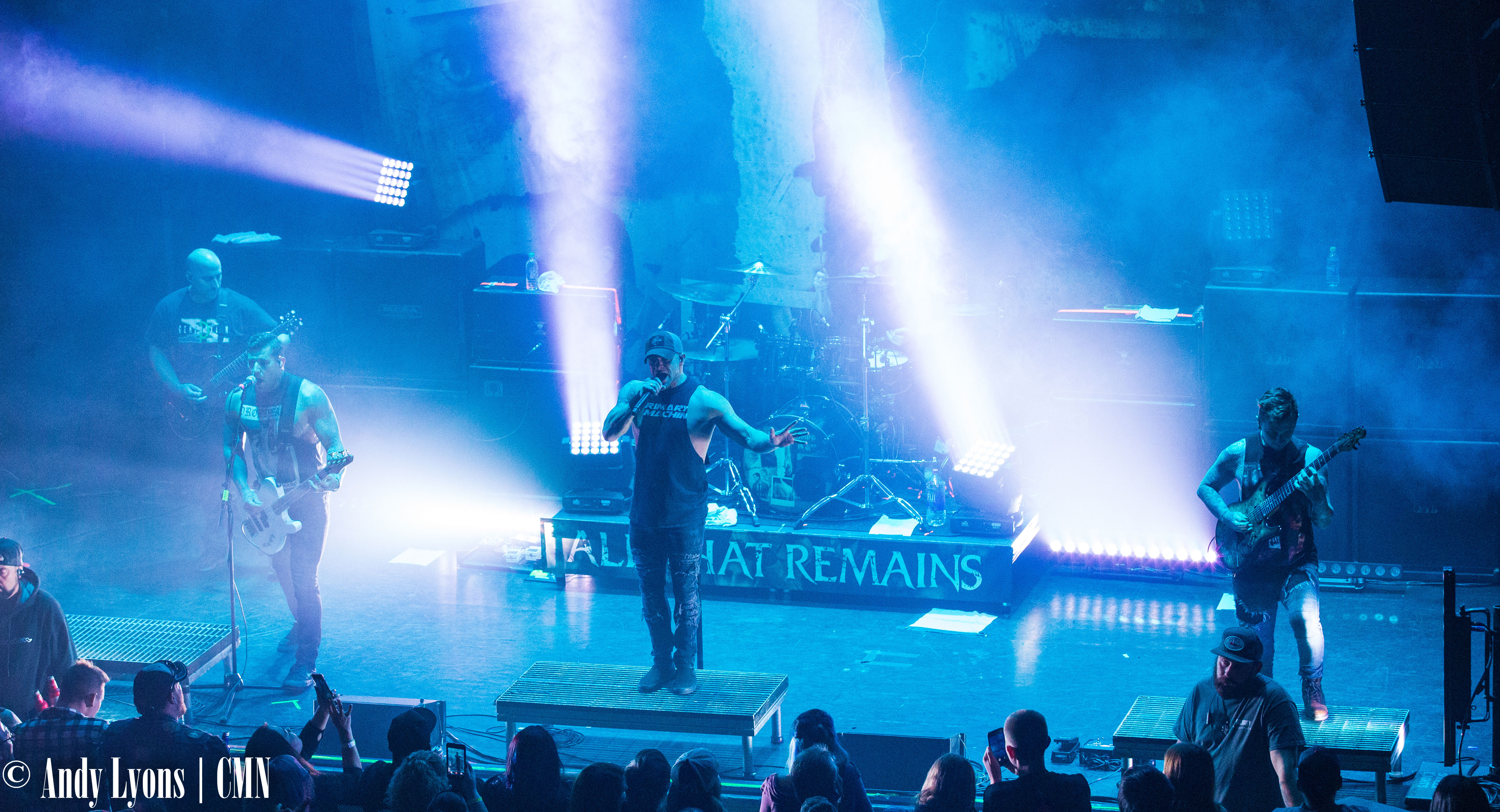 All That Remains brings “Disease the Anima Tour” to Columbia

All That Remains has been establishing themselves as a must see heavy metal band for years. Their blend of blistering guitar riffs and frontman Phil Labonte’s ability to sing beautiful melodies and belt visceral growls has given the band a sound that appeals to the masses, but stays just outside the mainstream.

Earlier this year, ATR announced a 27-date co-headlining tour with Italian rockers Lacuna Coil, bringing the foreigners to the U.S. for a fall tour with support from Bad Omens, Uncured, Toothgrinder and Eximious. The “Disease of the Anima Tour” roared into Columbia, Mo., Saturday night, although they were a couple bands short. Lacuna Coil and Bad Omens had spent several days stuck in North Dakota due to heavy snow.

But the show must go on, and ATR didn’t miss a beat with their set. The group came roaring on stage with their 2006 hit song “This Calling.” The group played through 15 songs that would make a veritable greatest hits album from across the band’s 17-year discography.

While fans were pretty amped up from the get go, it wasn’t until ATR’s sixth song, “The Last Time,” that the crowd finally let loose. The track became a sing along, with the crowd competing with Labonte for loudest vocals. The next track, “Fuck Love,” had the floor at The Blue Note opened into a massive mosh pit.

As the night went on, the energy level went through the roof. Fans got more into the set, singing along, moshing, and pumping fists, metal horns, and middle fingers into the air. The band reciprocated completely – Labonte was all over the stage along with guitarist Jason Richardson and bassist Aaron Patrick.

Throughout the set, Labonte would post up in front of drummer Jason Costa while the band went into crushing jam sessions – Richardson and rhythm guitarist Mike Martin threw down guitar solos while Patrick and Costa brought it home with thundering bass.

Late in the set, ATR killed the lights and had fans illuminate The Blue Note with their cellphone flashlights for an emotional rendition of “What If I Was Nothing?” During the song, Labonte seemed to make eye contact with a female fan on the rail who was moved to tears during the song. When it finished, he hopped off the stage to share a hug and some words with her.

While missing Lacuna Coil and Bad Omens, Eximious and Uncured did a good job of prepping the crowd for a brutal night of heavy metal. Eximious frontman Colby Bennett put some impressive vocals onfull display while Uncured’s duo of Zak and Rex Cox shared vocal duties and roared some heavy screams while playing a set reminiscent of old school thrash.

Despite missing a co-headliner and up-and-coming Bad Omens, fans in Columbia got a full show from All That Remains, Uncured, and Eximious. While anything can happen on the road, ATR were the consummate professionals and put on a show fans from mid-Missouri won’t soon forget. The “Disease the Anima Tour” continues through Oct. 19 where it finishes in Baltimore at Ram’s Head Live.

View our extended gallery via SmugMug, by clicking here.