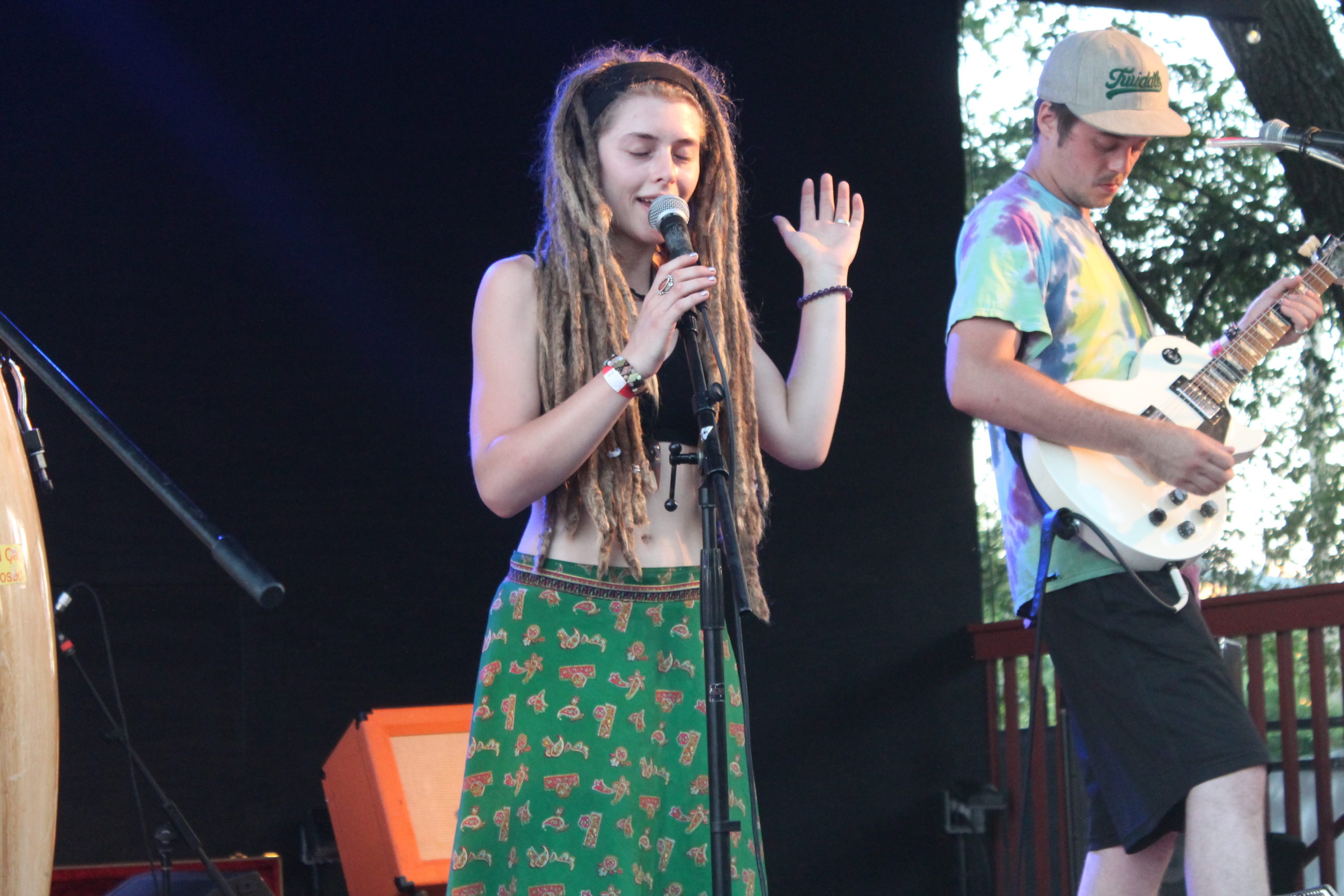 As summer came to an end and fall started to roll in, a new leaf was turning for Catdaddy’s Funky Fuzz-Bunker Band, the Columbia, Mo. band with jam sensibilities meets groove-laden funk. The group soared to new heights when they opened for Here Come the Mummies at the Blue Note on Oct 4. It marked the first time Catdaddy had played a sold out show at the long-established downtown venue, a new mile stone.

“You know that feeling when you go on a first date and she’s way out of your league, but for some reason she’s going out with you? It’s a lot like that,” bass player Jordan Tucker remarked of the show.

Catdaddy is an established name within the Columbia music scene with a dedicated fan base. When popping up at Catdaddy shows, even periodically, familiar faces are noticed. Tucker is of the opinion that landing the show with Here Come the Mummies will lead to new fans.

“Getting an opportunity to get your music out there to a wider audience that hasn’t experienced you before is the name of the game. Nobody is going to love you if they haven’t seen you or haven’t heard you” Tucker said. “I like to feel pretty proud of our live band presence. I like to think we throw a damn good party every time, so I would be surprised if someone didn’t think that everyone else in this room played their ass off so much that a stranger would be willing to come back. “

The energetic vibe at the Blue Note seemed accelerated beyond the usual when Catdaddy opened for Here Come the Mummies.

Front and center were the dual vocal stylings of Joe Edwards and Madeline Wright, high notes, breaks, stops and starts – this was musical timing at its most cogent. Wright moved across the stage with all of the slinky allure of a belly dancer combined with the grace of a ballerina. At one point Edwards was jumping up and down in a state of jubilation.

Heartfelt thank yous were extended from the stage to the audience. The moment was a culmination of five years of practicing, playing out and paying dues.

2019 marked a time of growth for Catdaddy, with new songs flowing and new members added. In addition to Wright, a horn section of Cody Carter and Meredith Hammer and a new drummer, Jake Ford became a part of Catdaddy.

Fans were able to witness an incremental evolution of Catdaddy’s Funky Fuzz-Bunker Band. Keyboardist Kevin Jerez noted that the lineup changes increases the range of musical artists Catdaddy is now able to share the stage with.

“I think adding the horns, our sound now allows us to play with bigger groups that kind of have more bombast to what they put out. We can kind of match that energy in ways we couldn’t before,” Jerez said.

The lineup changes also altered the functioning of the band regarding song composition.

“When we were a five piece, it was Joe, me, Chris, Eddie and Kevin. With that, the keyboard, bass and guitar occupy a naturally similar melodic kind of range. The bass is obviously low, but we all come from a jam-ish background,” Tucker said. “Kevin studied all kinds of music composition and jazz, but that also makes him a wonderful jammer, and once we started adding horns in, it made everybody occupy the actual space of their instrument a little more professionally. Instead of jumping all around the map and trying to play a lick that is a horn line, but we just don’t have horns to play it, I get to just play my bass now. I think we’ve all been pretty aware of leaving space for each other, and we’re still listening to our own evolution and growing with it”

The adding of more ingredients to Catdaddy’s sonic stew resulted in a noticeable slight shift.

“There’s an idea of what Catdaddy’s is, and we have to constantly shape ourselves in order to where we retain that core, but then when you add a new flavor to it, like horns to the section of a song, you’ve got to be open to the identity changing and the evolution of the song,” Carter said.

Changes have happened within Catdaddy’s Funky Fuzz-Bunker Band, and changes have also happened in the Columbia music scene, waxing and waning, declining and rebuilding. Members of Catdaddy spoke about a decrease in bookers and venues doing live music in Columbia , yet they and other bands that continue to thrive in the local scene have stayed the course.

“I feel we had a hand in reviving live music at Eastside, and shows have kind of picked up there without us,” Fritschle said. “There used to be so many more bookers and places to play.”

For five years, Catdaddy has layed down their funky good time grooves, but beyond the rhythm and sound that inspires their audience to move, a message is present, an underlying message of community and connection.

“Music heals, and it affects people in ways we still don’t understand, so to put out a good message is important for me. This is the community I live in. How it is affected by what I do and what we do is very important,” Edwards stated. “One of the best things I’ve found in my life is the ability to have a good time and still be progressive, still do things for the community, still excel in life.”

Catdaddy started October playing a sold out extravaganza of a show, and as the month came to an end, the band brought it back to a local focus, sharing the stage with Stone Sugar Shakedown at Rose Music Hall on Oct.26.

Catdaddy’s Funk Fuzz-Bunker Band will appear at Rose Music Hall for the annual Pajama Jam on Nov. 22. For more, follow them on Facebook here.