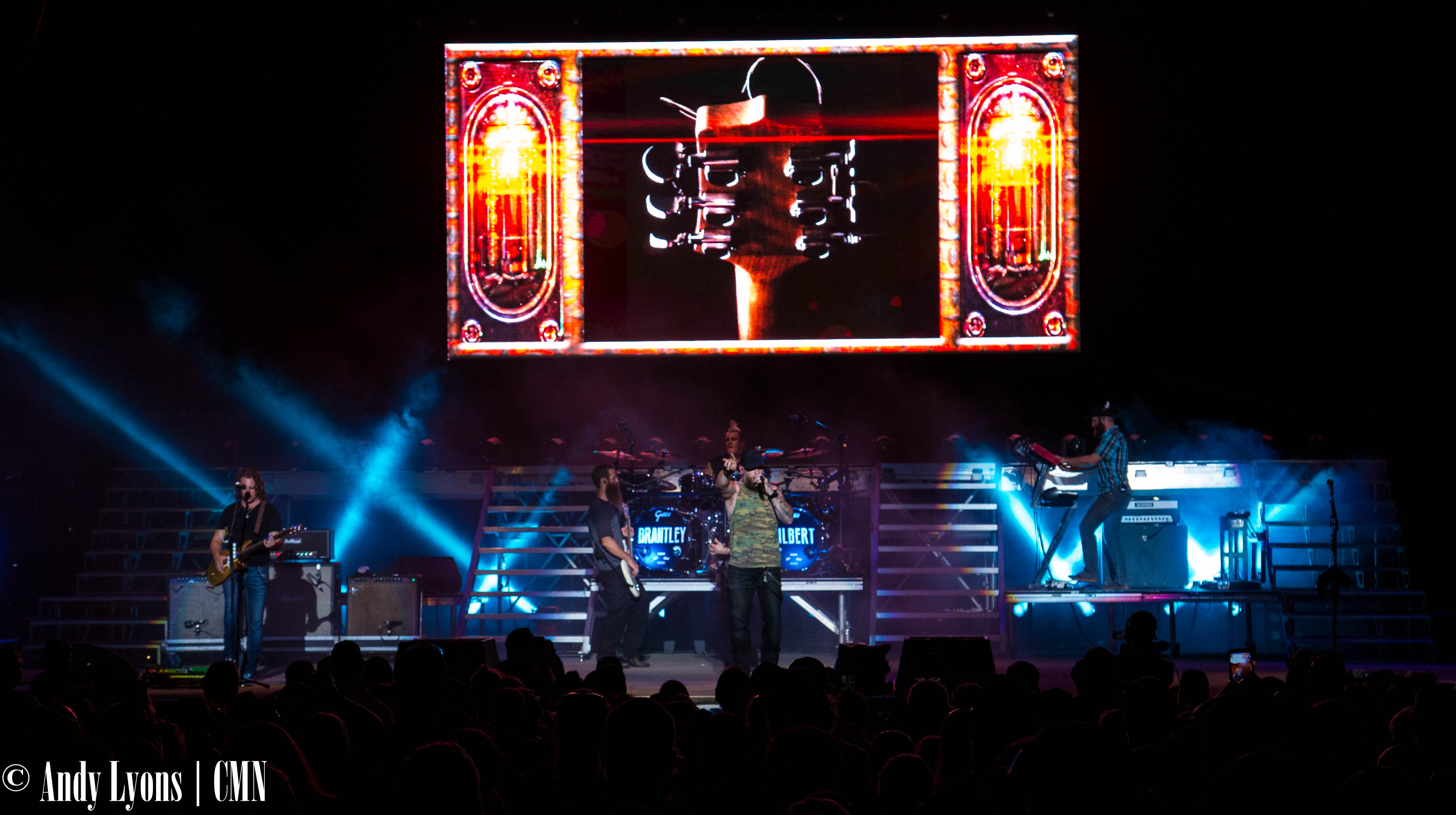 As a massive screen counted down from 10, fans jumped to their feet and screamed Saturday night as country music staple Brantley Gilbert took the stage at the Missouri State Fair. While relatively quiet in 2019, Gilbert recently announced a new album, “Fire and Brimstone,” due out this fall.

Gilbert’s show was a stark contrast from Friday night’s rock show, with a nearly full grandstand with fairgoers of all ages. The beer flowed freely and the crowd took the lead on vocals, nearly drowning out Gilbert throughout his set.

While Gilbert definitely had the spotlight, it was his backing band that really ran the show. Gilbert’s sound teeters from contemporary country to southern rock on the shoulders of electric guitar player Noah Henson’s dreadlocks and riffs bounced through the night and gave the music a definite edge, while lead guitarist Jess Franklin’s solos kept the energy level up.

The party kept up as Gilbert played hits from across his career. “Small Town Throwdown,” “My Kinda Party,” and closer “Bottoms Up” drew some of the biggest cheers of the night. However, it was tracks such as new single “Not Like Us” and the somber “One Hell of an Amen” the really drew in the crowd. For the latter, Gilbert took a moment to dedicate the song to members of the military as well people fighting cancer. With the Fair’s dedication to honoring members of the military, Gilbert’s tribute was right at home. Later in the song, Gilbert remarked “I’m digging those cell phones and lighters” while the crowd illuminated the grandstand. The track finished with a rousing guitar solo of the “Star Spangled Banner” while the U.S. flag was displayed brightly across the three screens in the grandstand.

Opener Jobe Fortner kicked the night off with some feel good music. His set lasted nearly 40 minutes and, similarly to Gilbert’s music, it melded genres from country into classic rock. While the beginnings of shows at the Fair are notoriously tame, the Saturday night crowd was on their feet by the end of the set and ready to rock out through the rest of the set.

The combination of Brantley Gilbert and Jobe Fortner was perfect for the first Saturday night at the Fair. With a nearly packed house and people ready to let loose, the similar style and decent weather made for a great show and gave fairgoers an excuse to “come home.”

View our extended gallery via SmugMug by clicking here.