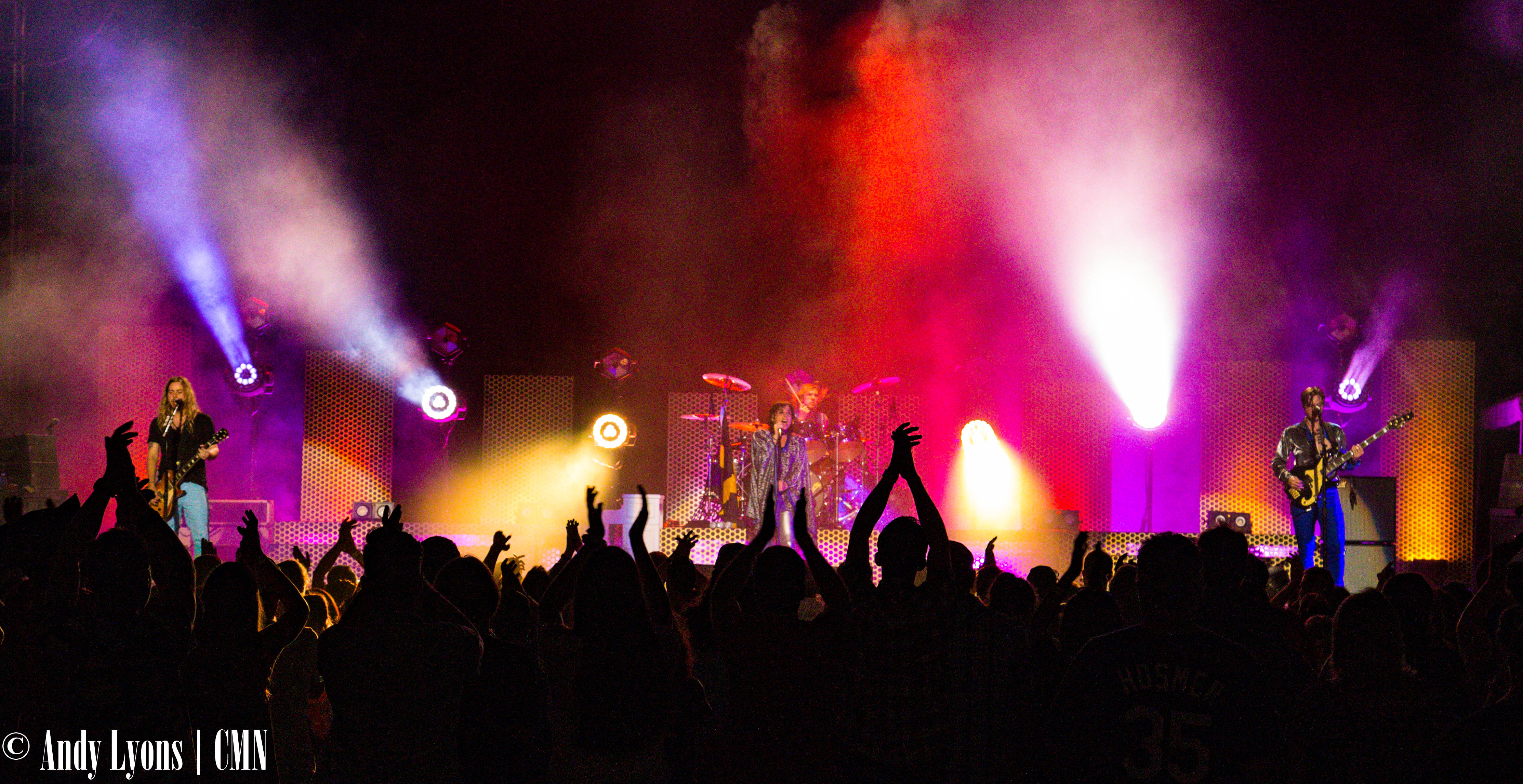 The Struts impress at the Missouri State Fair

Rock fans at the Missouri State Fair were treated to one of the most memorable shows in recent memory as The Struts played the grandstand with support from White Reaper. Behind frontman Luke Spiller, The Struts finished their U.S. tour putting their well-rehearsed stage skills on full display – despite the fact fewer than 450 people made the show.

The group hit the stage skipping, with plenty of flare and shine. The Struts may signal the second coming of glam rock, their costumes and stage presence only outmatched by their sound. Live, Spiller’s style carries the panache of Freddie Mercury while their anthemic sound is reminiscent of The Killers. They are a band perfectly aligned for grand stages worldwide.

The low attendance was a non-issue for the band and fans alike, as MSF staff invited fans from the grandstand down to the track to fill in the area at stage front. Spiller wasted no time working the crowd and getting them whipped into a frenzy. The Struts’ set lasted more than an hour and was practically a sing-along from the opening vocals.

That sing-along came to culmination about halfway through the set with the track “Fire,” the third single from their 2018 album, “Young & Dangerous.” As Spiller announced the song, guitarist Addo Slack and bassist Jed Elliott moved to opposite sides of the stage as the crowd pumped their arms and gave one of the loudest ovations of the evening – before drowning out Spiller’s vocals on the track’s chorus.

Early on, Spiller remarked that the crowd may be the smallest of their tour, but it would be one of the best. The front three left nothing on stage, Spiller continuously running across the stage giving attention to fans all across the track.

Opener White Reaper did their best to get the crowd primed. Each member of the group wore custom spray painted T-shirts; front man Tony Esposito remarked “guess where we got these?” in reference to a popular booth on the fairgrounds. White Reaper’s sound was a perfect complement to The Struts – echoed by the fact the two groups just finished a tour together.

Every year, fans of the Missouri State Fair voice a want for more rock music at the Fair. While still touring in support of their 2018 release and just now getting regular play on the radio, The Struts put on one of, if not the, most memorable rock shows at the Fair in recent memory. It’s a shame there weren’t more local rock fans there to bear witness.

View our extended gallery via SmugMug by clicking here.