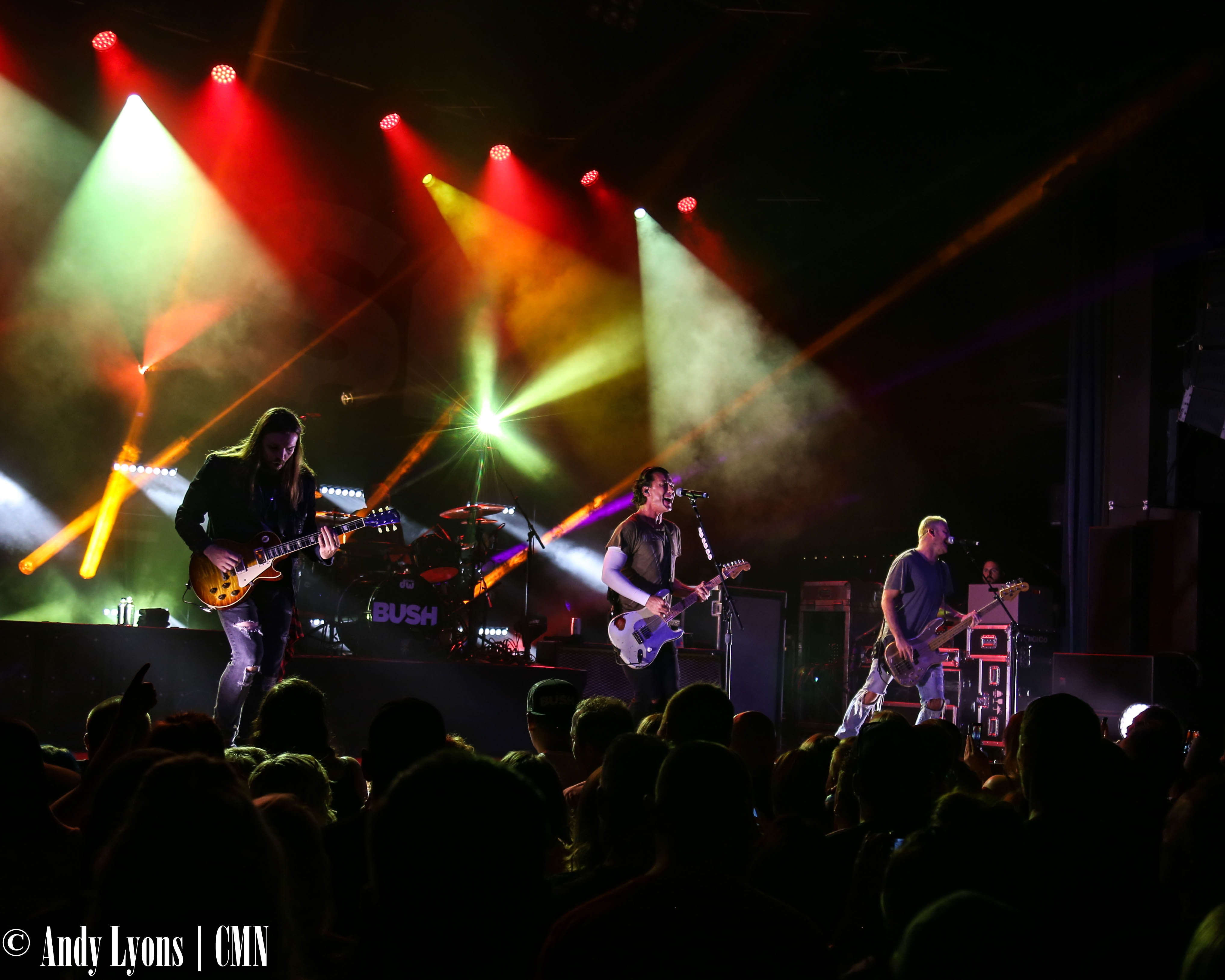 When considering ‘90s alternative, most people will think of bands such as Stone Temple Pilots, The Verve, 311, or Everclear. There is a novel’s worth of one hit wonders from the era, with few bands having the staying power to remain relevant decades later.

Among those bands is Bush, the Gavin Rossdale-fronted group with hits including “Comedown,” “Machinehead,” and the iconic “Glycerine” which Rossdale played solo in pouring rain during the Woodstock ’99 concert.

Friday night the group stopped at the VooDoo Lounge in Kansas City for a stop before they hit the road with Stone Temple Pilots this week. The show featured support from regional act Bridges Burnt who churned the crowd up with a high energy set. Bassist Dan Woody looks old enough to be a grandfather, but he commands his half of the stage with the presence of a player a third of his age.

Woody and vocalist Aaron Franklin keep the energy of Bridges Burnt’s set moving while guitarist Chris Cowell is the centerpiece of the group’s set – his work behind the axe goading the show onward.

As the lights dimmed and Bush hit the stage, the group’s more than 26 years of experience shine as they put on a complete show. Rossdale’s vocals don’t seem to have diminished at all over the years and the group’s setlist kept fans of debut album “Sixteen Stone” in mind as they hit what will definitely be a greatest hits album one day worth of songs.

With an amazing lightshow behind the group, fans roared as Rossdale bounced around the stage with and without his guitar, even taking a jaunt through the crowd late in the set and singing from the upstairs balcony of the VooDoo Lounge.

The show was a demonstration of why seasoned veterans are still amazing to catch live, especially in smaller venues such as VooDoo where there isn’t a bad seat in the house, and you never know who’ll end up singing in the balcony. Bush’s set was amazing, hitting the highlights from across their catalog, including music off of their latest “Black and White Rainbows.