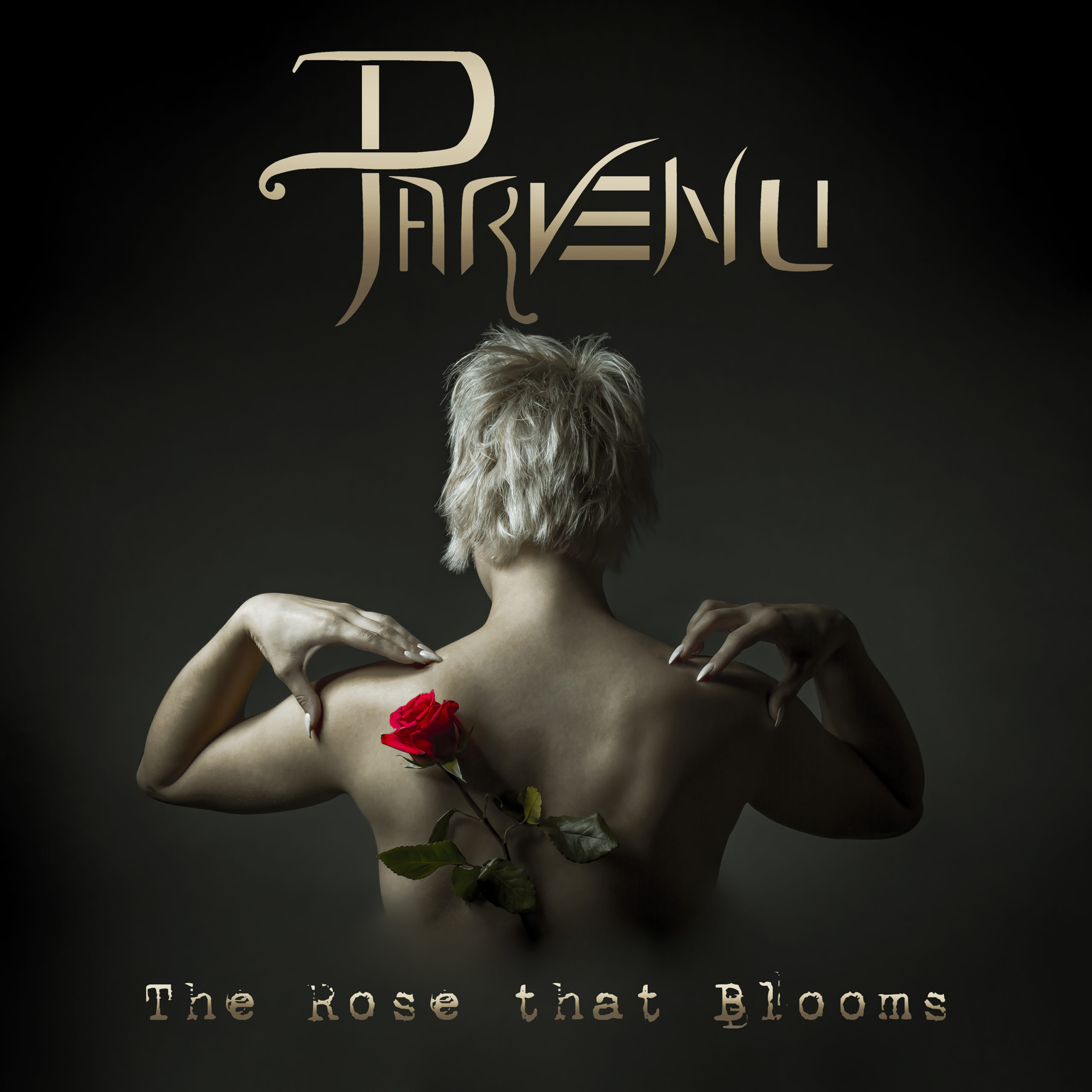 Two weeks ago, Kansas City rockers Parvenu dropped their second EP, “The Rose That Blooms.” The five song release is the follow-up to February’s “Not for the Faint of Heart.”

With the new album comes an evolution, with the stunning range of vocalist Rachel McMillan it would make sense to have her out in front. However, “The Rose That Blooms” showcases Parvenu as more of an ensemble, with each member having shining moments throughout the album’s tracks.

McMillan said the group is focused on a trend of independent artists in releasing shorter EPs more frequently as opposed to focusing on a longer LP. “The Rose That Blooms” also marks a shift for the band in that they created a home studio and recorded the bulk of the album at guitarist Thorin Pierce’s house.

“Our guitarst, Thorin, did the bulk of the recording and producing for this release,” McMillan said. “He owns recording equipment and designed his own vocal booth, which we built as a band. This allowed us to record all lead vocals, harmonies, guitar and bass parts ourselves. Our buddy Matt Richards, from Avenue Record Company, recorded drums, mixed, and mastered the final product. Matt also recorded our first EP entirely. Our resources as a band allowed us to do more of a DIY approach, where Matt filled in the gaps this time.”

“The Rose That Blooms” showcases the group’s maturity, while “Not for the Faint of Heart” sounded a bit more like radio rock. The new offering has some more influences that can easily be picked up and marks the return of the “bjorgan,” a sound similar to that of an organ that is present underneath many of the tracks – a sound pioneered by bassist Ryan Sloan using an effects processor.

“The ‘bjorgan’ is a staple entity in the Parvenu sound,” McMillan said. “We did have it on our first EP, however it was only able to double the bass part at that time. Since then, it’s evolved to be treated like a separate instrument. Ryan could go on for hours on how he crafted the sound, and continues to do so. Our developed chemistry as a band has allowed us to be more creative with our instrumentation.”

McMillan attributed the shift to having the availability of a home studio as opposed to paying for studio time to record. This gave the group more flexibility and time to record and re-record the project before coming to the final version. The sound benefited from the new approach and the group was able to pour more into the project.

“Our new EP, ‘The Rose That Blooms’ does have deeper influences,” McMillan said. “I would say from a personal standpoint, I’ve grown much more comfortable as a singer and songwriter and have truly enjoyed the ‘release’ of any past traumas, loss, and life-altering decisions when it is finally written on paper. As far as how it differs live, we add a little more instrumentation and just have grand ole time on stage.”

“The Rose That Blooms” kicks off in high gear, with the track “Reckless.” The “bjorgan” comes in early and carries the tempo and McMillan’s vocals set the tone for the EP. The song really puts the evolution of the group on display, the production is polished but not so overdone it sounds autotuned or inauthentic. Parvenu have found their sound and push it to another level with the opener.

The song also includes a big break down that gets funky. It definitely stands out but it’s not so jarring it takes away from the EP. The guitar and bass come in at the right moments and it really put the group’s efforts at the forefront.

“When developing our sound, we wanted to utilize all of our individual talents,” Sloan said. “Rachel has a tremendous voice that could carry a band in its own right. However, the truly great acts that we draw our influence from allow each member to shine when appropriate. With all due respect to singer-songwriter style bands, we are not a singer with a backing band. We treat ourselves as an ensemble, where we feed off each other to create the best music possible.”

The album ends with a shift down for “Thieves,” a great book end for the EP. The song is a rollercoaster with different bridges and solos, and again with McMillan’s powerful vocals anchoring the ride. Drummer Taylor Mead and the “bjorgan” carry the tempo and a surprising solo closes out the song.

“When we were writing the song, we were not thinking about where it would go in the EP,” Sloan said. “It developed independently of that thought. We wanted a ‘grand song’ that truly showcased what each of the four of us brought to the table. Rachel came to us with the vocal lines for both the verse and pre-chorus, but they were in two different time signatures. With the rest of us having a background in progressive music, it made sense for us to develop the song and stretch ourselves a little. The dueling guitar and bass section in the bridge was a little bit of a tribute to Stevie Wonder, hidden amongst some more time changes. The ending was designed to be Thorin’s spotlight.”

2019 has been a busy year for Parvenu, between their two EPs the group has played a lot of shows across the KC metro and beyond, with no stopping in sight.

“Oh man, it has been a great year!” McMillan said. “I think one of the coolest things was when all three of our songs from our first EP were being played on different radio stations. Another was being nominated for Kansas City’s The Pitch magazine for their ‘Best of KC’ issue. We were nominated for Best Local Album, Best New Song and Best Vocalist. We also played at Harrah’s Voodoo Lounge, which has been a bucket list item for each of us. We’ve now played there twice, one of which was headlining in September! We have also enjoyed hosting shows that showcase quality bands from other cities, such as The Many Colored Death from Columbia, Mood Ring Circus from Springfield, and Radiant Bones from Lincoln, NE.”

Parvenu are planning on traveling and working on new music in 2020. “The Rose That Blooms” is available on all major streaming services. For show dates and more, follow Parvenu on Facebook by clicking here. Listen to the EP below via Spotify.