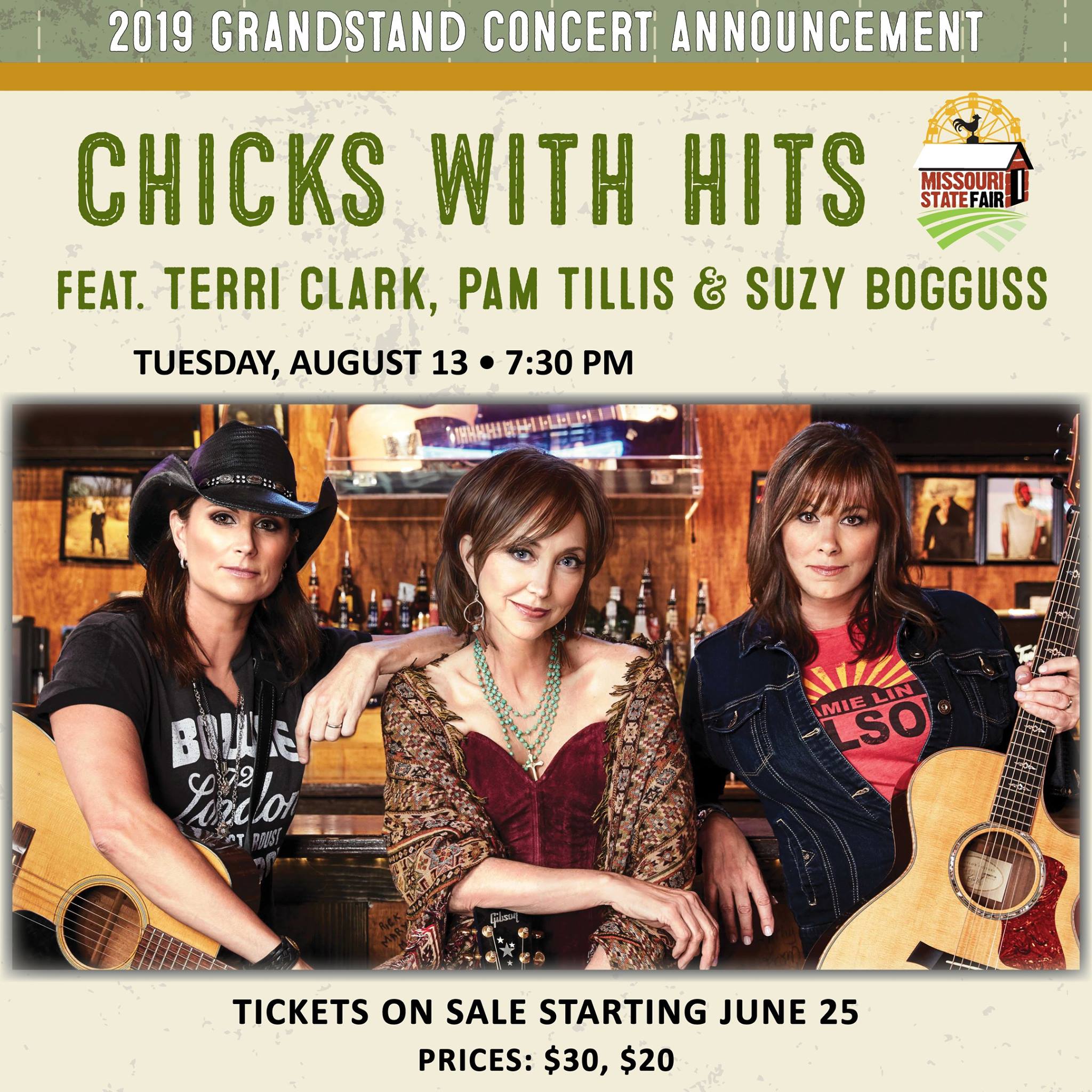 Tickets for the show will be $30 for track seating or $20 for grandstand seating. Tickets go on sale June 25.

Terri Clark has sold more than five million albums and is known for singles such as “Better Things To Do,” “Poor Poor Pitiful Me,” “Girls Lie Too,” and “I Just Wanna Be Mad.” Her latest album “Raising the Bar” was released in the Fall of 2018.

Pam Tillis is the daughter of country singer-songwriter Mel Tillis, and boasts six Number 1 and 14 Top Ten singles, including “Shake the Sugar Tree,” “Mi Vida Loca,” “Don’t Tell Me What To Do,” and “Maybe It Was Memphis.”

Tickets go on sale to the public at 9 a.m. June 25 through Etix. All concerts seats are reserved. Convenience charges apply to all tickets.

There is a 10 ticket limit per household, per event until June 28. These tickets can be mailed or picked up at the box office. Grandstand tickets do not include admission to the Fair.

A special presale for registered Missouri State Fair Fans will be offered through Etix starting at 9 a.m., Tuesday, June 18 through 4 p.m., Monday, June 24. Sign up for free on the Fair’s website.

Registered Fair Fans will receive a special Etix link and password to order concert tickets starting on the above date and time. There is a 10 ticket limit per household, per event, until June 28. These tickets are will-call only tickets and must be picked up at the box office.

The 2019 Missouri State Fair will be held Aug. 8-18 in Sedalia. Additional acts, special events and promotions are expected to be announced in the coming weeks. For more information about the Fair, visit mostatefair.com.