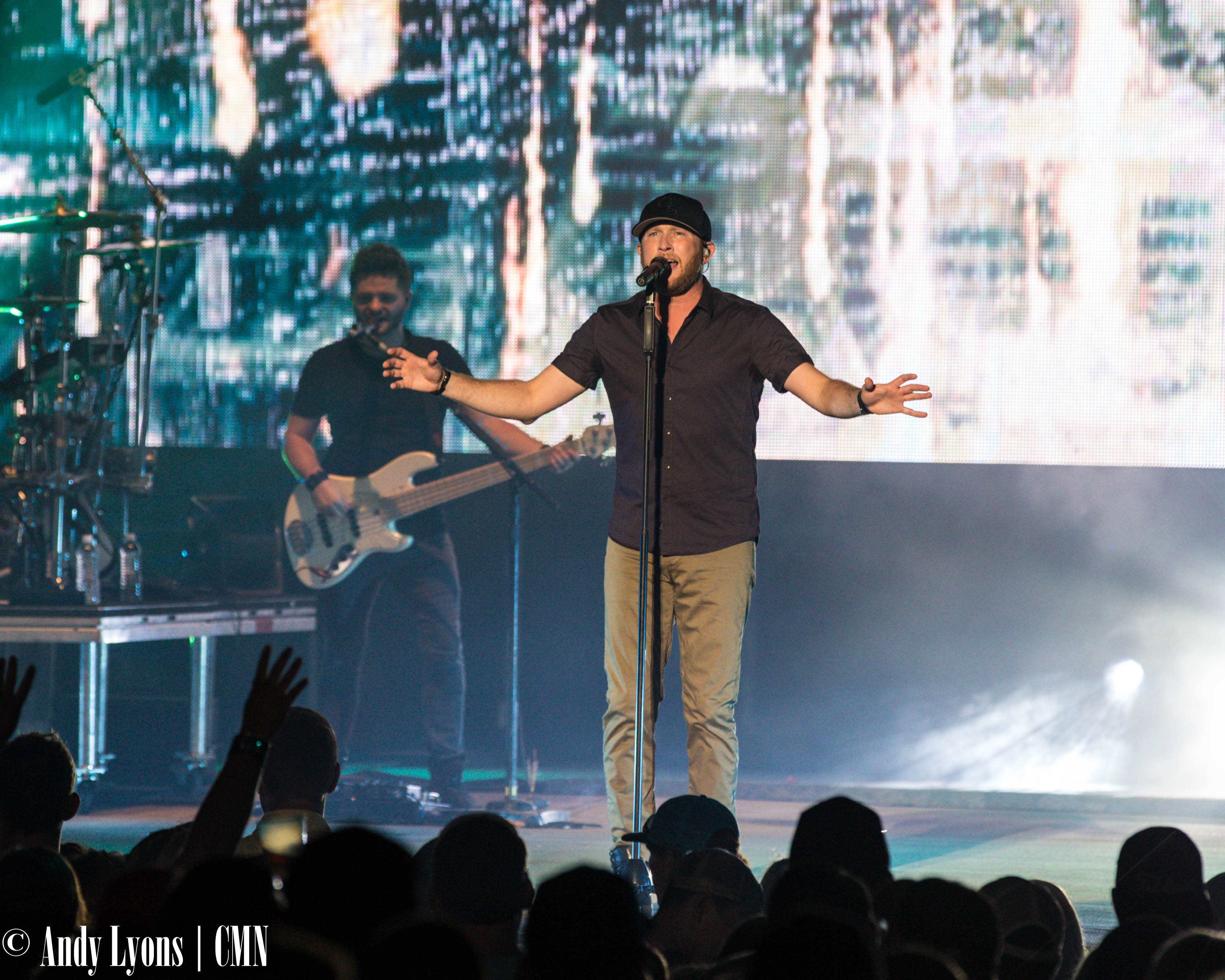 As the Missouri State Fair came to a close last weekend, throngs of fans piled into the Pepsi Grandstand Saturday night to catch RaeLynn and Cole Swindell. The nearly sold out show had more than 8,200 people in attendance for the last big show of the Fair.

RaeLynn, who was a contestant on NBC’s “The Voice” in 2012, opened the show and got the party started right away. Dressed in a ruffled off the shoulder top, cutoff jeans and thigh high boots, the singer had the crowd involved from the get go. The track seating section was full early, and fans stood and sang along to RaeLynn from start to finish. She even sang new tracks “Queens Don’t” and “Tailgate,” which fans already had memorized.

About halfway through her set, RaeLynn called on the crowd to cheer for two little girls who were holding signs saying she was their first concert. Later, she told the crowd she would be bringing someone on stage to dance with her as long as they weren’t too nervous. She ended up bringing the two girls, named Allie and Jasmine, up to dance with her. 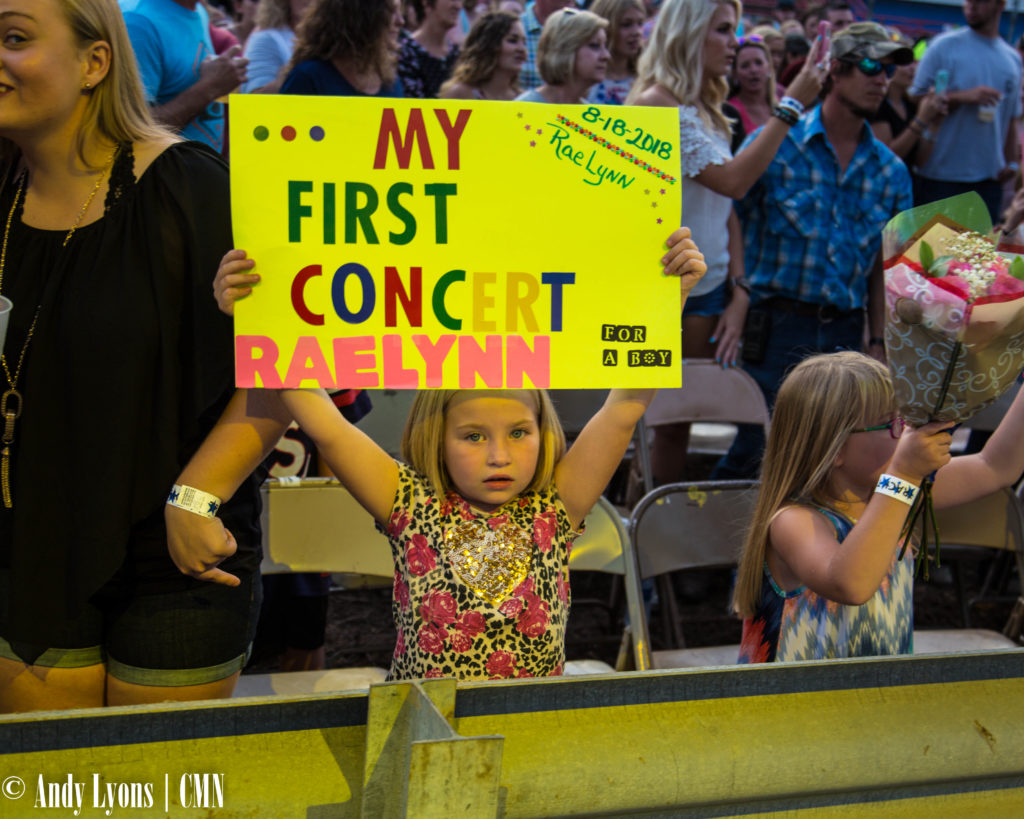 Young RaeLynn fans, Allie and Jasmine, ended up on stage during the singer’s set after she gave them a shout out for attending her show for their first concert.

With the beers flowing and the crowd swelling, Swindell hit the stage to a roar of cheers that echoed off the top of the Grandstand. He played through many tracks off his new album, “All of It,” which released the day before the show. When he asked the crowd, “how many of ya’ll have the new album?” fans screamed back.

Swindell worked the crowd like the seasoned veteran he is. He consistently rotated from side to side, leaning out toward the crowd to wave and point while he sang through a setlist of more than 15 songs. Wearing khaki pants, a black button down, and his logo hat pulled low, Swindell got personal with the crowd. He told of his first trip to the Fair as a T-shirt guy for Luke Bryan years ago, announcing “I’m happy to be back at the Missouri State Fair, I bet most of you are wondering when I was here last.”

He told the story behind the song “Dad’s Old Number,” telling the crowd about how his father had passed away but he still looks at his father’s number in his phone and wishes he could still talk to him. The song had a huge emotional reaction from the crowd, even drawing tears from some. 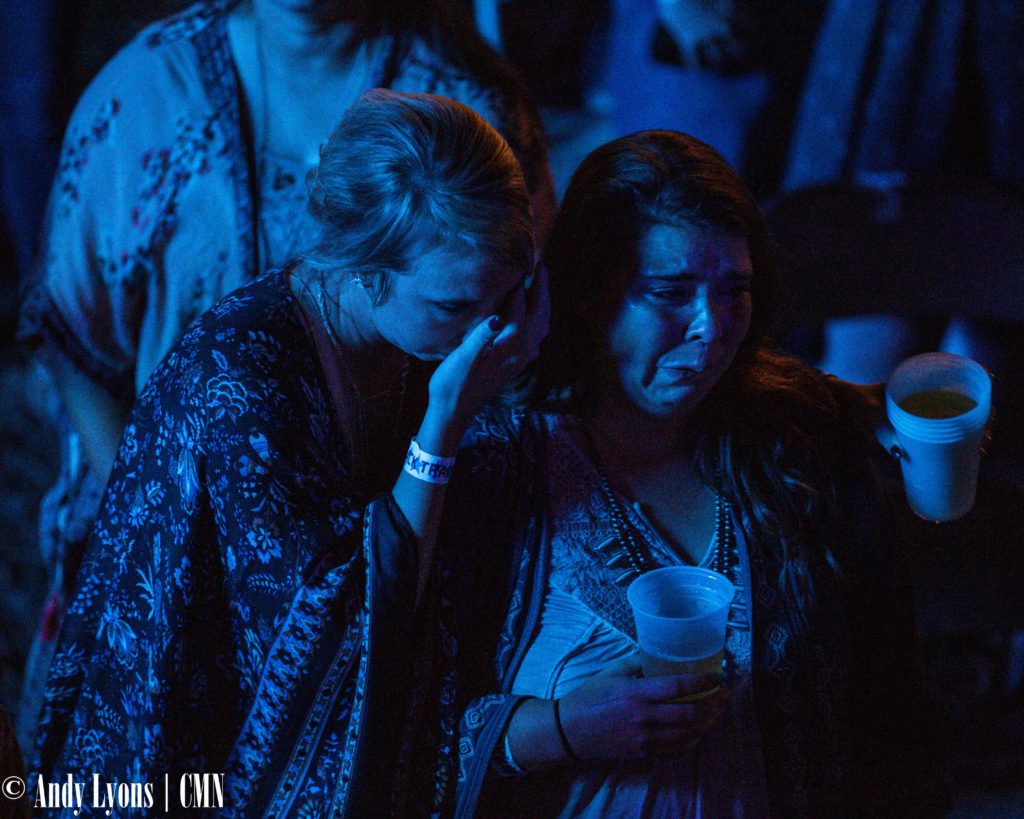 After the song, he said it was time to turn it back up and got back to songs such as a cover of Tim McGraw’s “I Like It I Love It” and inciting a singalong on “Ain’t Worth The Whiskey.” Late in the song, he gave a shout out to first responders and fans gave their own toast, clinking their plastic beer cups together and high fiving some of the responders at the show.

After nearly 10 days of the Fair, the show was a good closing to a week and a half of a good time. While attendance hasn’t been huge at the Pepsi Grandstand, the packed house Saturday night was a great end to this year’s Missouri State Fair.