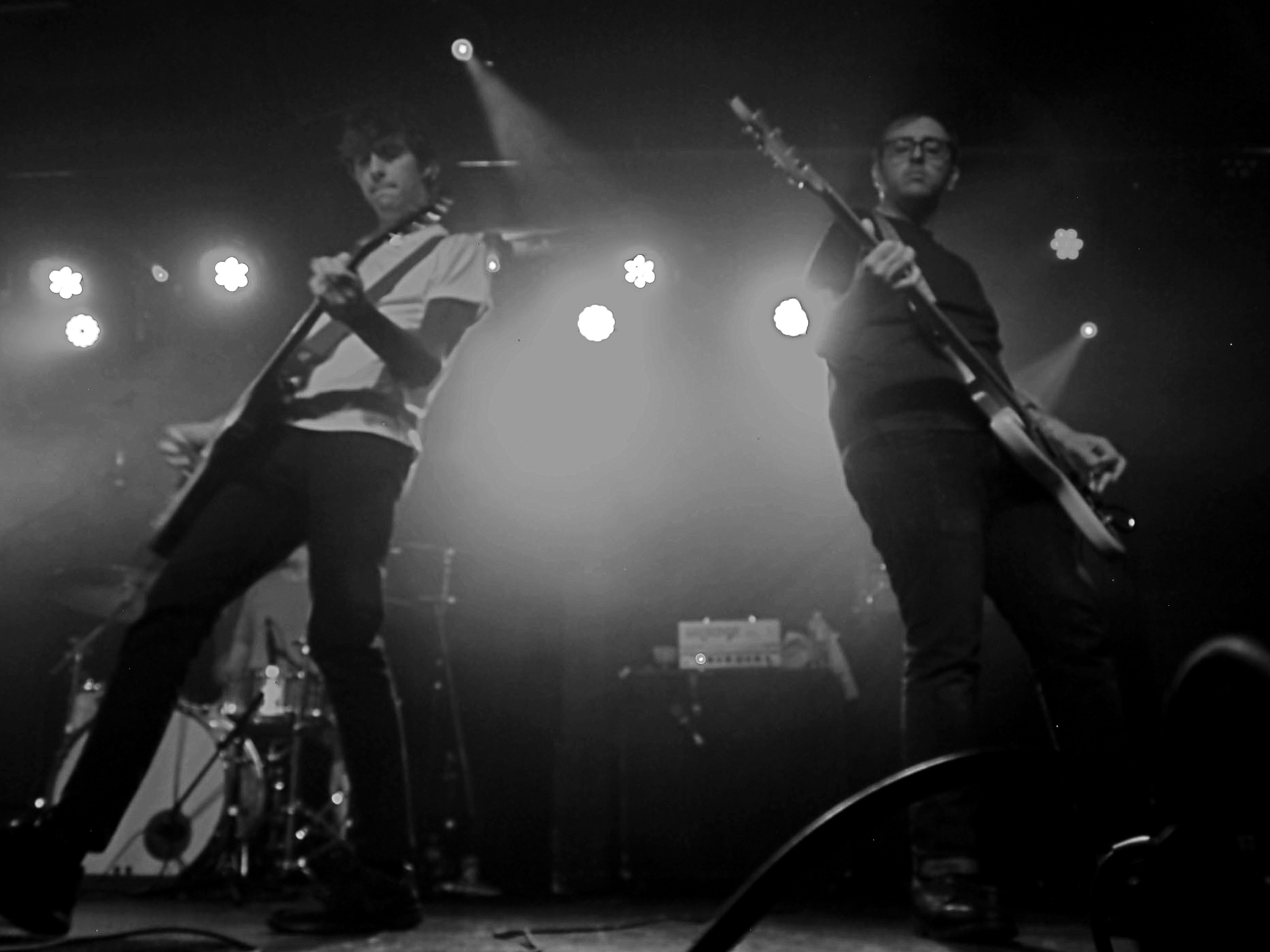 Is punk really dead? The days of the Dead Kennedys and Black Flag are undoubtedly behind us, as are the leather-jacketed, snarling youths who listened to them. But if you ever find yourself at a Wavves or Joyce Manor concert, you might realize that punk isn’t dead at all; it’s simply wearing a different face. Gone is the malicious streak, the violence, the penchant for destruction: 2017’s brand of punk is profoundly introspective and surprisingly sensitive – outspoken in sound but soft-spoken in sentiment. Consider, for example, when Wavves frontman Nathan Williams eschews stage banter to earnestly discuss his and his bandmates’ struggles with depression and anxiety. “Don’t be afraid to talk with your family, friends, whoever,” he says, greeted by appreciative cheers from the crowd. “And if you don’t have anyone to talk to, talk to me.”

That’s not to say that punk has somehow turned to easy-listening. If anything, it has gotten even skuzzier: just listen to Wavves and you’ll know what I mean. They opened their set with “King of the Beach,” a raucous ode to the sand and the sun, complete with gritty guitar riffs and an aggressive drum beat. Williams has a talent for crafting brilliantly catchy songs, like “You’re Welcome,” the title track from their latest album, which goes “You ain’t gotta mention it/You’re welcome/ You’re welcome,” and it’s obvious that the audience, screaming out the lyrics, know every word. The energy from the crowd was not just intense but appreciative: in many ways, Wavves’s songs are anthems – even celebrations — of an era plagued by paranoia. (Consider “Heavy Metal Detox” from 2015’s V, which goes “I don’t really wanna act afraid/ Not about you, about anything/ I can’t pretend this is all a dream.”) There was something cathartic about seeing Williams and his band sing about these somber topics with such rowdy enthusiasm – at one point, Williams even did a front-flip into the screaming crowd – and there’s no doubt that Wavves, just like the other punk-rockers before them, are the voice of their generation.

Following Wavves was Joyce Manor, the much-beloved pop-punk/emo outfit from Torrance, California. Although both bands are relatively huge in the indie rock sphere, there’s no doubt that most of the crowd that night was there for Joyce Manor: that much I gathered from the screaming fangirls, the devoted moshers, and the jubilant crowdsurfers who kept the stage guards constantly busy throughout the set. (Special mention goes out to guy who crowdsurfed so hard, his pants had fallen off by the time he made it to the stage.)

Seeing Joyce Manor onstage, it was easy to see their appeal: they have that lethal combination of gangly, boyish looks and angst-tinged lyrics that makes them instantly likeable. On their records, lead singer Barry Johnson’s enunciation is almost a little too white-boy-emo-voice for my comfort, like on “Constant Headache” from 2013’s self-titled album, but he thankfully shed most of that overwrought vocalization onstage. As it turns out, Joyce Manor wasn’t all heartbreak and emotionally-starved sex, anyway; they even treated the crowd to their cover of “Video Killed the Radio Star,” which, despite being the oddest song-band combo ever, was nonetheless interesting to hear.

After the set had ended and the lights went back on, the crowd stubbornly stayed on. I could see Johnson shrug and gesture for his bandmates to get back onstage. They played “5 Beer Plan,” a song about telling your dad you’re suicidal while on a golfing trip. While the lyrics themselves aren’t exactly the most uplifting ones, there was something triumphant in the way Johnson spat out the final lines: “And then I told you so/ I fucking told you so.” Seeing the audience hold out their hands toward him in adoration or sympathy or something in between, I couldn’t help but think that he was speaking for all of them.