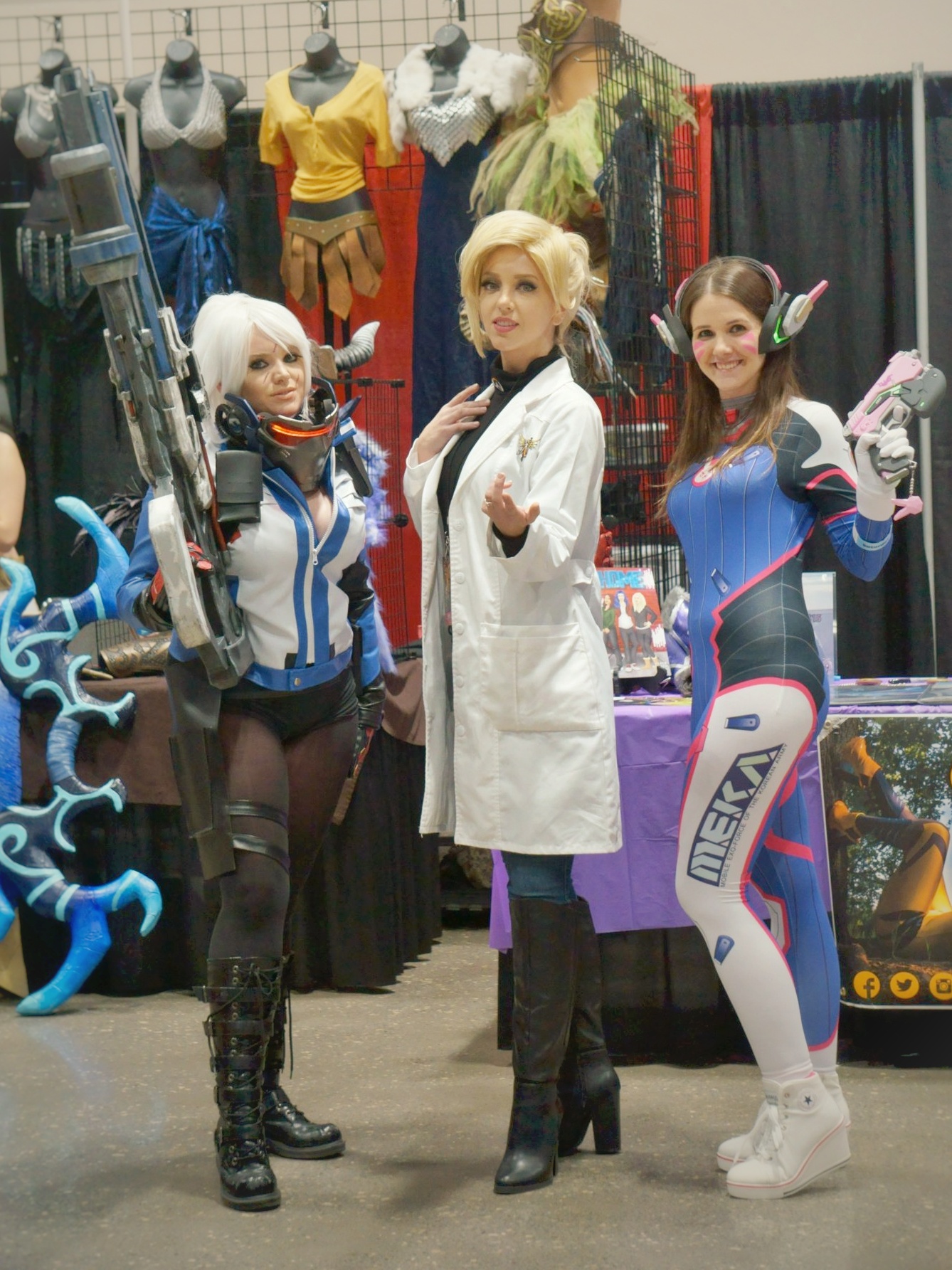 OPINION: I saw the future at Kansas City Comic Con

On Saturday November 11, I found myself transported into a familiar and surreal world. I was in the world of Kansas City Comic Con, a world of light, color and sound, with creativity abound.

This year marked my second year at the convention, so I had an idea of what I was walking into, and I wasn’t as bowled over as I was in the summer of 2016. I knew what to expect, an assortment of cosplayers, a collection of comic book artists and, of course, one of the main draws with any convention, the celebrity guests.

I looked at the list of guests, and there wasn’t anyone I was just dying to see and get an autograph from this year. I took note that Burt Ward, Lee Meriwether, and Kevin Smith were there.

Meeting James O’ Barr last year was the highlight of the convention for me. I regard him as a living legend, and I consider “The Crow” to be the greatest independent series ever made. Having him sign my copy of “The Crow: Special Edition” was a bucket list item moment. There was nothing this year that was as significant for me.

A variety of genres, mediums and art forms were on display, anime, cosplay, even horror. The con is not insular. A big tent welcoming feel is present.

I made my way up the escalator to the showroom floor of Bartle Hall. I heard an amplified voice. It sounded like a carnival announcer. It was a ring announcer. A new edition to the convention was a live stage, and I had just walked upon a series of exhibition matches put on by KCXW, an upstart independent Kansas City, Mo.-based wrestling promotion.

I decided to check it out. I arrived as a female wrestling match was about to begin. The combatants in the squared circle were Renee and Sabra Black. I thought wrestling did indeed fit in this environment. With wrestling you have a hero and a villain, referred to as a heel and a baby face, in a struggle, trying to defeat the other. Does that sound familiar?

I felt the same sensory overload being at the convention last year. I took a stroll drown some of the aisles looking at original prints by artists. I took a walk around the perimeter then made my way downstairs to the conference rooms. I was a man on a mission, going into this year’s edition with the aim of covering panels.

The first panel I attended was with an artist and writer from “Batman: The Animated Series.” You could feel the excitement and interest in the room. I did watch the show as a kid in the ’90s, so I found the panel conversation riveting. Just hearing them talk about the behind the scenes creative process flooded me with memories. I think that’s part of the appeal of a panel, to get information and communicate with someone whose work you’re a fan of.

I knew why – I saw reflections of myself. I’ve never done cosplay, but for eight years I collected comic books. Around age six my dad put comic books in my hands, two issues of Marvel’s “Transformers.”

Years later, I was able to figure out my dad’s underlying motivation in giving me comic books – it was to get me literate at a young age. From there, I started reading science fiction and fantasy novels and anything else I could get my hands on. A trajectory was established, and a love of reading soon fostered a love of writing. Diving into this material fulfilled another need, intellectual stimulation.

Imagine you live in a place where the gears in your mind are moving at a rate faster than the pace of life. You are looking for mental stimulation, and you can’t find it around you, so you find it in other worlds, “Star Wars,” “Star Trek,” “X-Men,” ”Dragonlance.”

Some could see this as unhealthy escapism. That is a legitimate concern if someone is not able to differentiate between fantasy and reality. If someone spends a lot of time in worlds of imagination, this can feed one’s immigration and future creative endeavors.

How many young future web developers, or game designers, or film-makers, or costume designers were in the building? If their current energy and trajectory is maintained and built upon, I would guess quite a few.