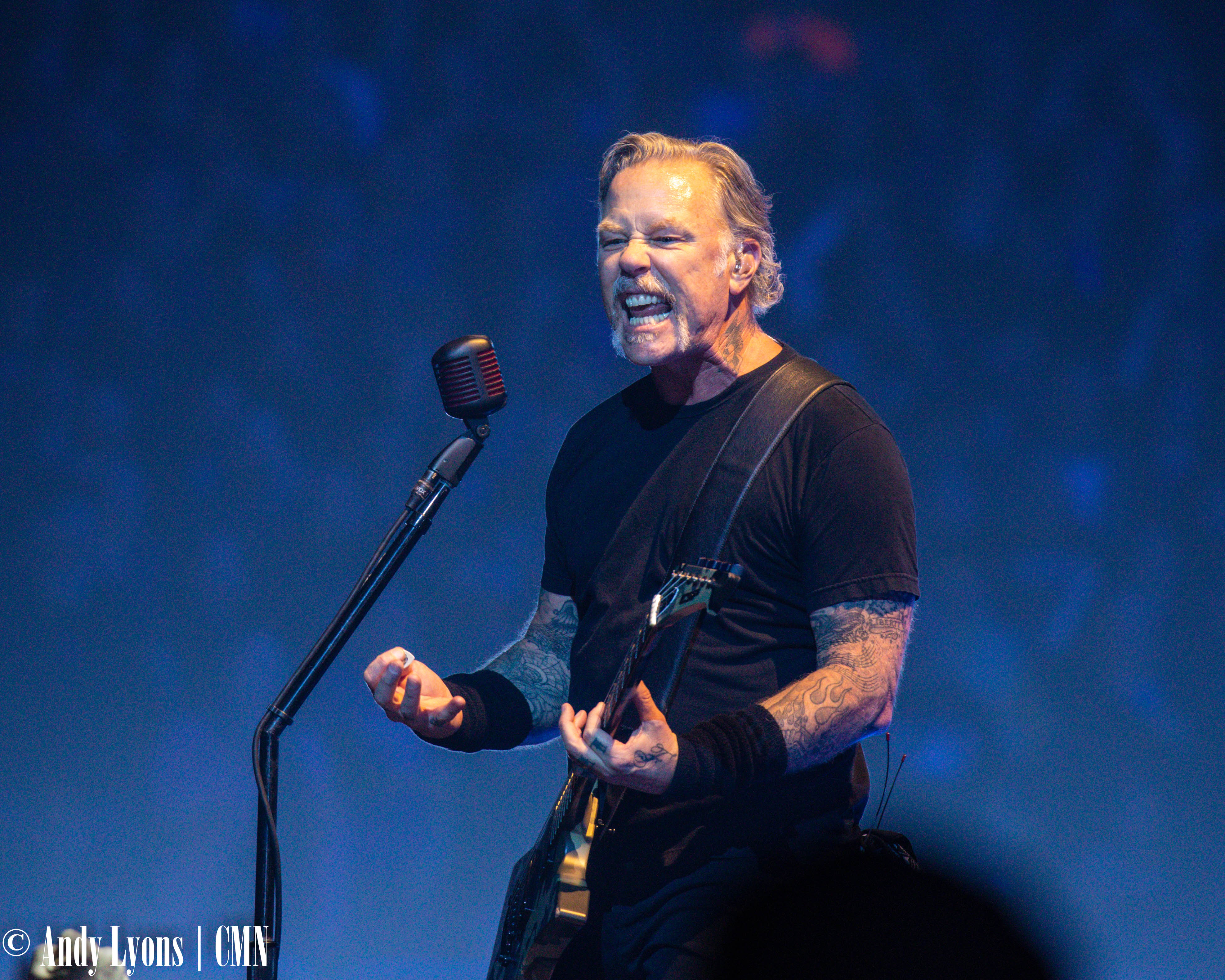 Kansas City gets WorldWired by Metallica

Wednesday afternoon, music echoed across downtown Kansas City. Hordes of black-shirted concertgoers piled in front of the Sprint Center, it was concert day. Living legends Metallica were in town on their WorldWired Tour at KC’s famed arena.

The crowd of 19, 646 made the show the highest attended in Sprint Center history, and I’m sure the band enjoyed having so much of the “family” in attendance. Comedian Jim Breuer had an opening set and as the clocked passed 8:30 p.m. he again came on stage to hype the crowd.

Finally the lights dimmed and Ennio Morricone’s “The Ecstasy of Gold” played, the track from “The Good, The Bad, and The Ugly” has been Metallica’s intro music for quite some time. The group hit the stage playing a couple of tracks from 2016’s “Hardwired… to Self-Destruct.” The WorldWired Tour is in support of the album, however the songs didn’t get the same reaction from the crowd as some of the more well-known songs played later.

As Metallica took fans down memory lane, mosh pits opened up on the floor level of the Sprint Center during thrash classics such as “For Whom the Bell Tolls” and “Master of Puppets.” These weren’t the pits of old, where fans group together to form a perimeter and the interior is a crux of flung body parts, these were pits of silver-haired men bumping each other reminiscing of the hardcore days of old – but still thoroughly enjoying themselves and high-fiving after the mosh concluded.

Metallica themselves put on an amazing show – some 38 years after getting started in the early ‘80s. Frontman James Hetfield, drummer Lars Ulrich, and guitarist Kirk Hammett have all gone grey, and while bassist Robert Trujillo is in his mid-50s, the group still plays with the fervor of kids on stage for the first time. It’s just now they have the success and stage show of seasoned live vets.

While early on it seemed as if there were some issues with Hetfield’s microphone too loud or too soft and at times Ulrich was out in front of the rest, the issues subsided early and the group played through a veritable greatest hits mix from across their massive catalog of songs.

Hammett’s playing seemed effortless and he went through blistering solos without a hitch. The group’s stage was setup as a square in the middle of the floor of the Sprint Center, with Ulrich’s drums set in the middle. With eight microphones setup around the stage, the three mobile members of the group were constantly on the move so none of the 19,646 fans felt ignored.

About halfway through the set, Hammett and Trujillo played through some solos that included a version of “Run Like Hell” by Pink Floyd in honor of David Gilmour’s birthday. The music was spot on, but Trujillo’s guttural singing was a bit much for the track – although it was quite a treat for Kansas City fans.

Ulrich seemed to thoroughly enjoy the night, making it a point interact with fans while the other members played through solos. He playfully spit water into the crowd and would polish off songs by hopping off his stool behind the drums and continue pounding the cymbals while walking around his massive kit.

Hetfield played the maître d of the night, talking about how great it was to have the Metallica family in the building to celebrate life with the band. He made it a point to tell everyone they were welcome no matter political stance, who they called god or what they had between their legs. Later, he singled out an 11-year-old and 13-year-old on the rail and commented “When I was 11 years old, I was not on the rail at a Metallica show” drawing laughs from the capacity crowd.

The production value of the show was top-tier. The square setup in the middle made for a great view from every seat the Sprint Center. The group used dozens of four-sided video boxes hanging above the stage to add to each song. As they moved up and down and into different patterns above the stage they had different images for each track, including the four members in translucent padded rooms for “Sanitarium” and images from World War I for “One.”

The show also included columns of flame shooting up from the floor and a burst of fireworks, but the most surprising part of the production was dozens of lighted drones dancing above the band during “Moth Into Flame.” The mesmerizing drones danced circles and different formations – one even got a smack from the neck of Hammett’s guitar before falling back in sync.

The show spanned nearly two and a half hours and featured 18 tracks. After finishing with “Enter Sandman” the group was showered in a massive ovation that echoed from every corner of the Sprint Center.

View an extended gallery from the show via SmugMug here.