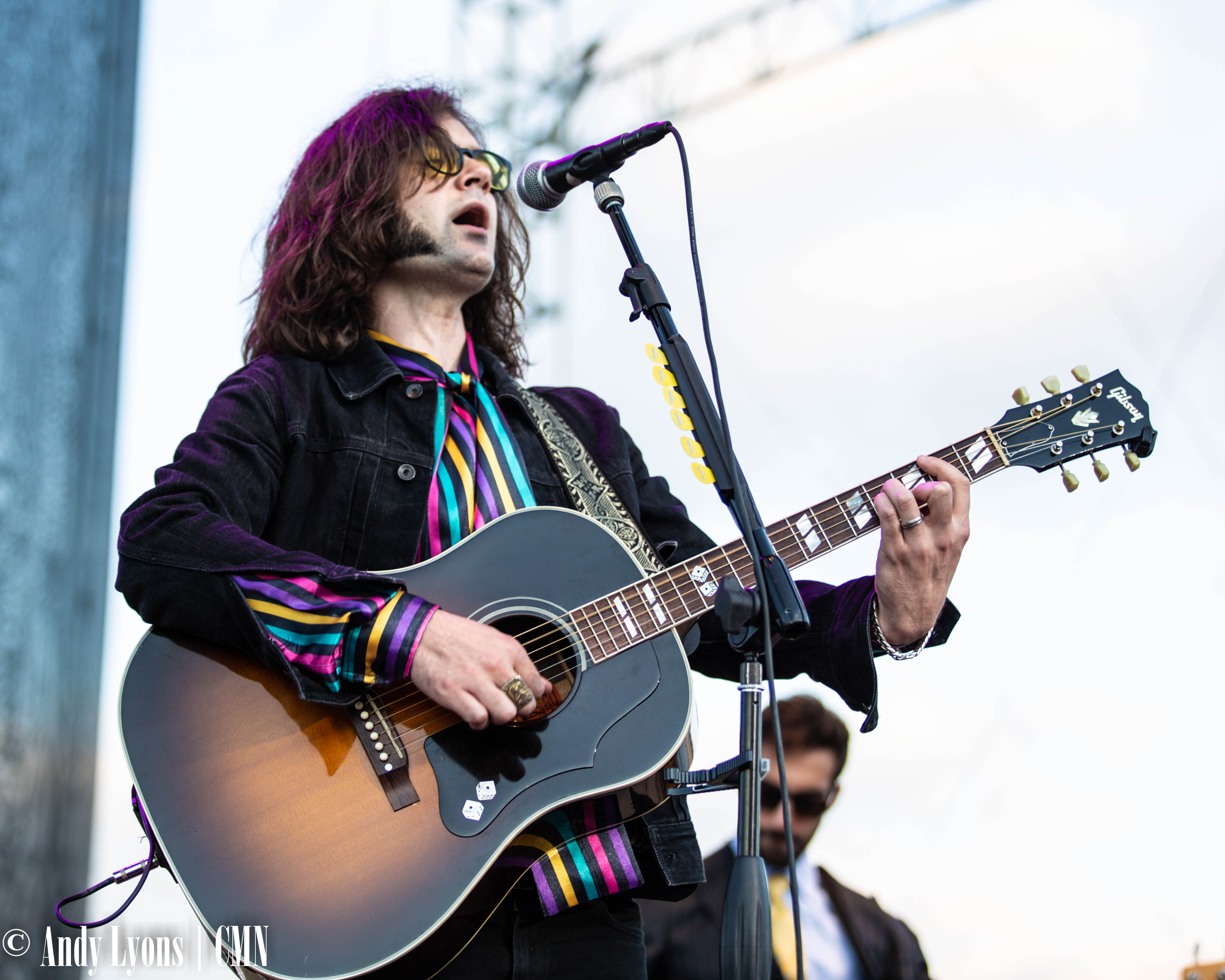 The Missouri State Fair concert series kicked off Thursday night with newcomers King Leg opening the show for country music icon Dwight Yoakam. The up-and-comers brought their own style of country rock to the Fair and were warmly received by a good-sized crowd.

Vocally, King Leg frontman Bryan Joyce has drawn comparisons to legendary artists such as Morrissey and Roy Orbison, but Joyce told CMN he takes it as a compliment.

“Those are my main influences, it’s kind of neat to see people see that in me,” Joyce said. “I was listening to Roy and Morrissey throughout my whole 20s and while I was writing these songs and trying to do this King Leg thing, and they really stuck with me. Also, Slim Whitman, I listened to a lot of him and his vibrato and his falsetto, he would do that yodel.”

On stage at the Fair, King Leg’s sound was on full display. However, the group played a variety of songs that seemed to transcend multiple genres. A bit more of a rock edge on one, classic country on another, Joyce attributed the group’s sound to their location – being based in Los Angeles means the group avoids the familiar trappings of being Nashville.

“I just wish someone would tell me what the genre or style is that I’m in,” Joyce said. “Because I don’t know where I fit in other than alt rock, Americana, country rock, I think we do a little bit of everything. I can fit in the country world, I can fit in the rock world. As far as sounding something like the mainstream stuff, I feel like we could somewhat fit in there, as maybe an outsider. But we’re not writing songs with the Nashville songwriters or using the Nashville players out there, that’s partially why they tend to sound similar.”

Late in their set, the group opened a song that sounded incredibly similar to Orbison’s “Oh, Pretty Woman.” It’s quickly obvious it’s not the same track, but actually a cover of Little Richard’s “Lucille.” Boyce explained it’s part of a desire to keep the sound of the Everly Brothers alive. They also played a cover of The Byrds’ “Turn! Turn! Turn!” near the end of their set. Both covers came very natural from the band, something Boyce credited with wanting to continue playing “California Country.”

When hearing the name King Leg, a wide variety of stories can be imagined as to how the group settled on it. But the story is actually about a cockroach.

“I would never have thought of the name myself, it was my wife who came up with the name,” he said. “She called me one day and said ‘you’ve got to get home, King Leg is under the couch. And when I got home and moved the couch I knew exactly what she meant seeing this majestic creature. And a few years later when I was trying to put a band together and think of a band name the King Leg idea came back.”

While only visiting the Fair for a brief time for their performance, Joyce said he was excited to see Leroy Van Dyke drive by as the Grand Marshal in the Missouri State Fair parade before the show. Van Dyke is a country music singer with more than 500 songs, his most famous being a composition called “The Auctioneer,” co-written with Buddy Black, which sold more than 2.5 million records. Van Dyke now lives near Sedalia, Mo., on a 1,000-acre ranch.

Joyce also reflected on opening for the legendary Dwight Yoakam and meeting him before the show.

“Not only is it a dream come true to be able to do this at all, and get some recognition from Dwight, but it’s just a total honor to be out herae playing my songs, which I never knew I’d be playing them in front of anybody other than my dog and my wife, and people connecting with them and picking up on the sound of the band and enjoying it. It’s just been a total blessing and an honor.”

King Leg is hoping to release the follow-up to 2017’s “Meet King Leg” sometime in the next six months. Boyce said the band will be playing in the Los Angeles area with a residency this fall at The Satellite in the Silver Lake area of LA.